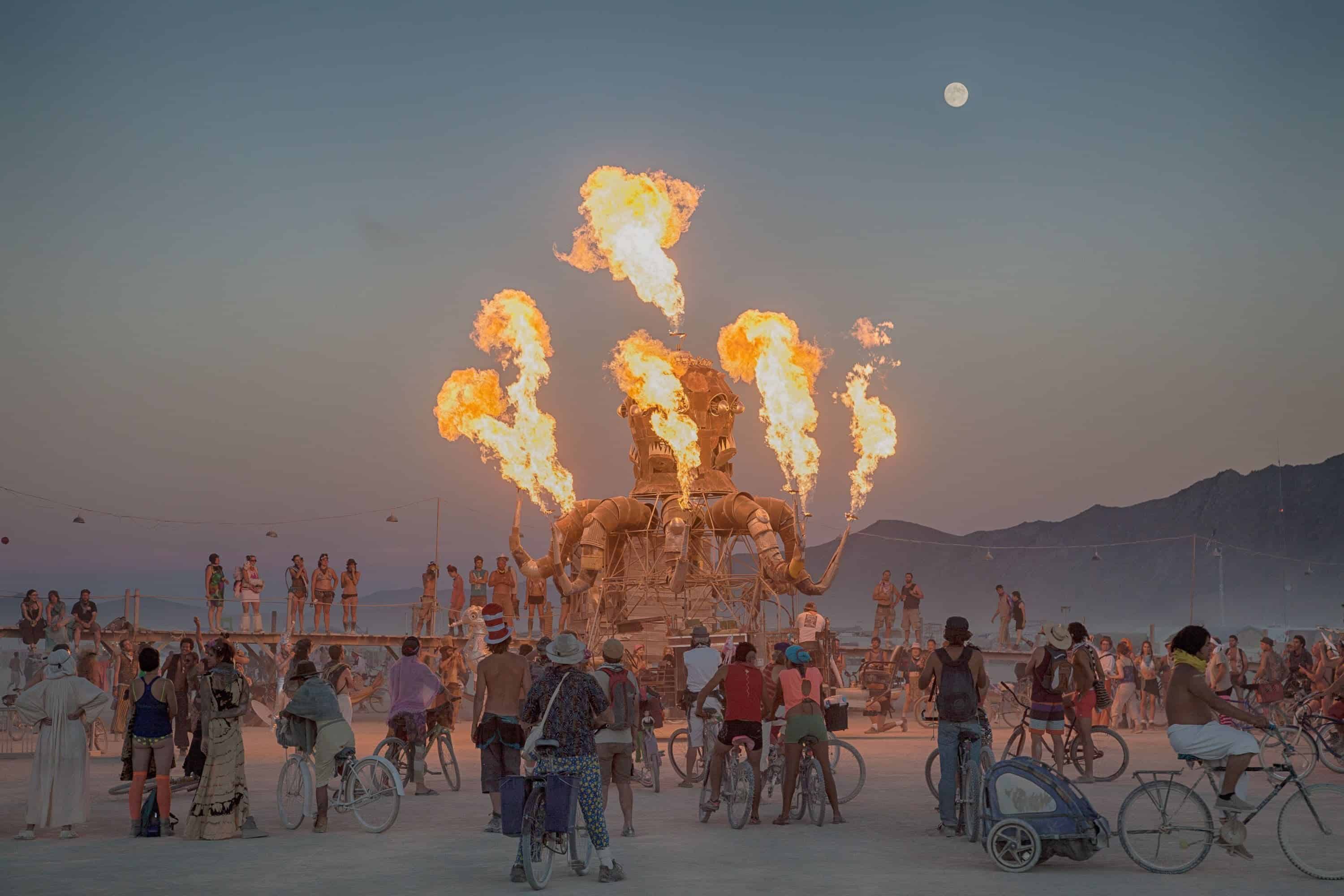 Burning Man selling NFTs and auctioning sculptures to save their organization

Although Burning Man is an extremely popular yearly event which sees people traverse from all over the world to the temporary city, it seems as though the organization does not have enough money to stay afloat for the rest of the year until tickets for 2022 go on sale in January. To save themselves, the Burning Man Project is selling NFTs and auctioning off art sculptures in a special Burning Man auction.

In partnership with Sotheby’s, the ‘Boundless Space: The Possibilities of Burning Man‘ auction will feature over 100 pieces made by artists within and outside of the Burning Man community and includes NFTs, mutant vehicles (in which the likes of have become popular to get around in at the temporary Black Rock City as opposed to a standard bicycle), sculptures and also special one-of-a-kind experiences. Some things up for auction include an interchangeable coat and dress by designer Iris van Herpen, a custom mutant vehicle build by Henry Chang, and a BLOND:ISH x Knownfor NFT. In alignment with Burning Man Project’s commitment to radical inclusion, diversion and equality, the auction specifically invited works from black, indigenous and persons of colour (BIPOC) artists to contribute.

“We’re going to have to start selling tickets otherwise we don’t have enough money. We have money to get to the end of the year barely. Like, barely literally. We don’t have December. The auction is going to be important.”

She continued by saying:

“We raised money to survive, and it was not just to do it with the minimal amount of staff. We believe our mission is to continue to make Black Rock City happen. You can’t lay off people who’ve been doing Black Rock City for 10, 15 or 20 years. That’s stupid. They’re going to get other lives, and Black Rock City will not come back… So it was really important that we raise the money and then were busy. We’re not just taking vacation.”

The Burning Man auction started on September 30, and runs until tomorrow, Friday October 8. You can check out the auction page here and find out about more activities surrounding this auction.