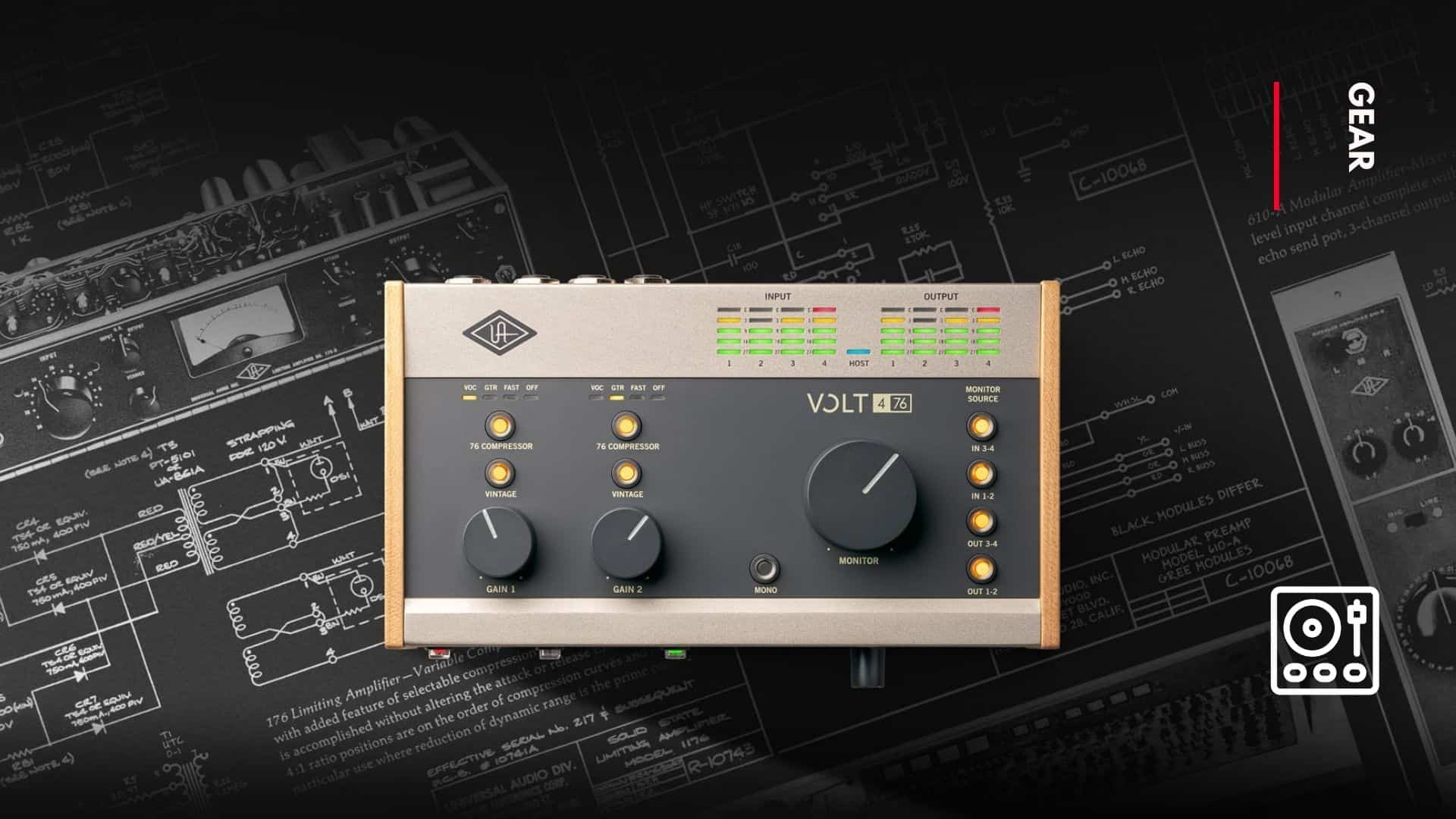 Universal Audio has built itself as the industry standard for quite some time. Their audio interfaces usually came with a heavy price tag and were inaccessible to many upcoming music producers. With the launch of its new and affordable audio interface series “Volt“, Universal Audio aims to reach the masses and producers at all skill levels.

UAD plugins are not supported in this, for that, an apollo interface is still required but all of the five Volt models do include a Vintage Mic Preamp mode modeled after the famous UA’s 610 tube console that promises a “rich, full sound on vocals and instruments”. For users with further requirements, the Volt 76 models feature an analog circuit of UA’s 1176 compressor with presets that are designed to add clarity and punch to vocals, guitar. The user interface is less cluttered, unlike its counterparts in the market, with easily accessible direct monitoring. It’s powered by 48V phantom power so you can plug in condenser mics and MIDI inserts.

For the audio geeks, 24-bit/192kHz audio conversion will satisfy all your recording needs in the studio and it is compatible on PC, Mac, iPad, and iPhone. Furthermore, the music software bundle is provided with select models that feature contributions from Ableton, Softube, Celemony, Relab, Plugin Alliance, UJAM, and Spitfire Audio.

Universal Audio Volt Audio Interfaces start at $139 for the 1-in/2-out Volt 1, with the 2-in/2-out Volt 2 costing $189. The compressor-equipped ‘76’ versions of these models cost $249 and $299 respectively. If you need more I/O, there’s also the 4-in/4-out Volt 476 for $369 (Requires power supply, other models run on bus power). Pre-ordering is available on their website now, do note that shipping starts by late November.