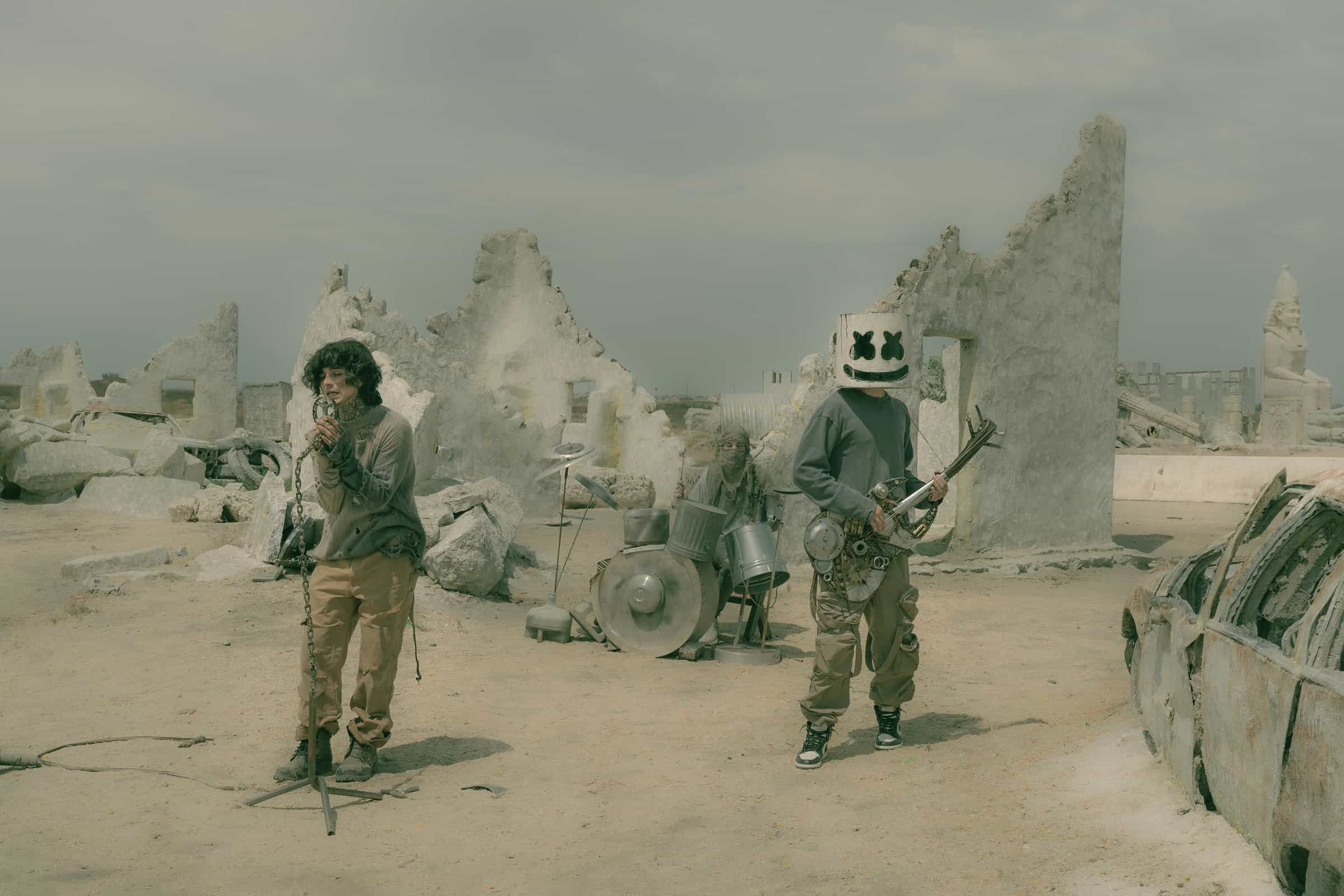 Rising emo rapper Lil Dusty G has enlisted the help of megaproducer Marshmello for his latest release, “Preached“. As grunge as it is pop, as hip hop as it is electronic, it’s a collaboration that’s both completely unexpected and oddly compelling.

Lil Dusty G, often referred to by fans as simply “Dusty” or “Dustin”, has been underground for the majority of his career but is steadily gaining momentum. Having received plenty of attention on his Soundcloud over the past few years, he seems well poised to make the jump to the mainstream and working with one of the world’s best and most famous DJs certainly won’t hurt. “Preached” comes as the second single off of his upcoming debut album “Undergrowth“, with the first, “Nobody“, having been released on September 17. The album is yet to have a confirmed release date, but is expected to drop in 2022.

For Marshmello, this release marks the latest in a string of collaborations, the most recent having been an instant classic in the form of “Chasing Stars” with Alesso and James Bay. Earlier in the year, “Leave Before You Love Me” with the Jonas Brothers made a huge splash- as of the time of writing, it’s been on Billboard‘s Hot 100 for 22 weeks, peaking at 19. These of course come after the release of critically acclaimed album “Shockwave“, and in the same year as helping to produce a song for the ‘Space Jam: A New Legacy’ soundtrack (“Control The World“) and playing legendary festival Lollapalooza for the first time since 2016. It’s been an eventful 2021 for him, to say the least.

“Preached” is a bit of an anomaly in that it’s nearly impossible to place into a genre, but instead of making it an unapproachable or confusing listen, it only adds to the charm of the track. Dusty and Marshmello have clear chemistry that resonates both in the song and video, and it results in a single that will put people on notice- if you don’t know Lil Dusty G, now you know.

Watch the official video below via YouTube or check the track out through Spotify!