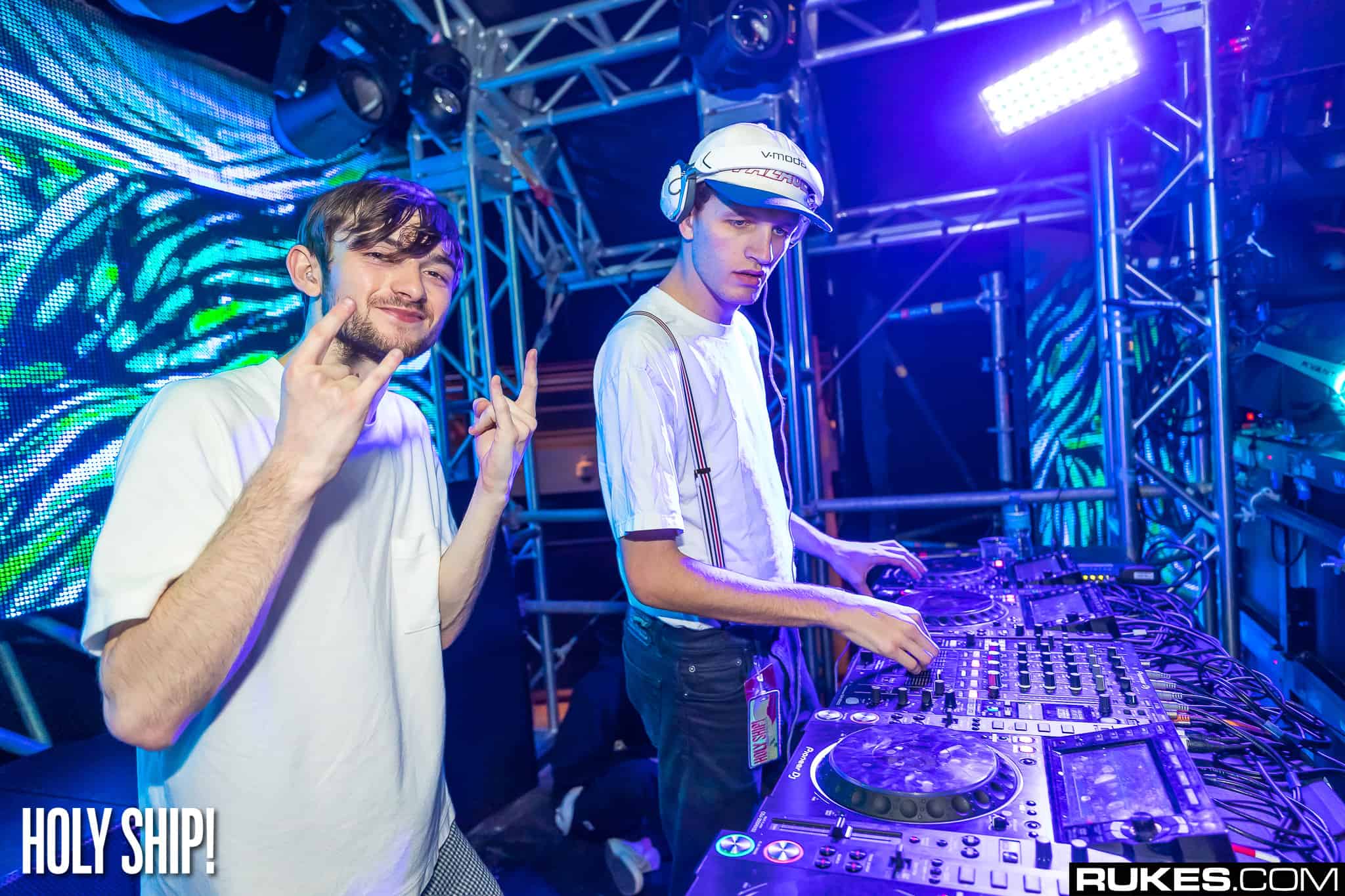 Coming in hot from their recent Euphoria tour, Louis The Child today dropped their brand-new ‘Euphoria’ EP. The duo from Chicago compiled of Robby Hauldren and Freddy Kennett, have been on the road touring this EP across the United States these last few months, bringing along fellow friends such as Jai Wolf, What So Not and Whethan to name a few.

The ‘Euphoria’ EP features six tracks – four of which were released prior as singles, with the cover resembling a warm, vibrant oil painting of the boys. They penned a heartfelt message to their fans on their Facebook:

“This project was inspired by the sounds of 2009-2012 dance music and the energy of that time in our lives. It’s music to celebrate to, smile to, dance to, paint to, and throw your hands up in the air to. Love you”

‘So What’ features the trio from New Jersey, A R I Z O N A. This track is about a girl being in love with a boy, and the boy’s feeling aren’t replicated towards her. Hence the title, it’s about moving on and being satisfied within yourself; ‘it happens to the best of us.’ Arty put his own take on it, turning the groovy pop track into an upbeat, progressive anthem.

‘Keep on Moving’ is a funky one. The original ‘Keep Moving’ came off their ‘Candy II [Beat Tape] EP’; with the added production work of NEZ and the vocals of Theophilus London taking the track to a whole new level. This one is for peak-time in the clubs!

‘hate u cuz i don’t’ with the wonderful Bea Miller is quite simply, a bop. This tragic love story tells of a girl falling in love with a boy, despite her apparent desire for ‘just a one-night stand.’ Miller’s captivating voice will be sure to have you singing along, and don’t forget about that striking drum beat that’ll make you move!

‘Hole in My Heart’ with the rising teenage prodigy Livingston tells the story of a boy struggling to cope with a seemingly failed relationship; ‘it feels like I’m going under without you.’ The boys have really outdone themselves on this one, the sound design, the vocals and the executive level of production really shine through on this record.

The title track ‘Euphoria’ is exactly how an introduction should go. Whether it’s the cinematic feel, the beautiful and mysterious melody or the drop made for a rave, this instrumental track is a beauty.

The final track on the EP ‘Waiting to Feel Like This’ is actually co-produced by Skrillex – we’ll forgive you for not checking the song credits. This is the most stripped back, chilled out track on the EP. Following the trend of love stories, this one follows that feeling with that special human.

Louis the Child are gearing up to perform at both EDC Las Vegas and Orlando in the coming weeks, as well as closing out the year for the Decadence NYE festival in Colorado alongside Alesso, DJ Snake and Zeds Dead.

For more information regarding Louis the Child, click here. You can stream the EP below, be sure to let us know your thoughts!