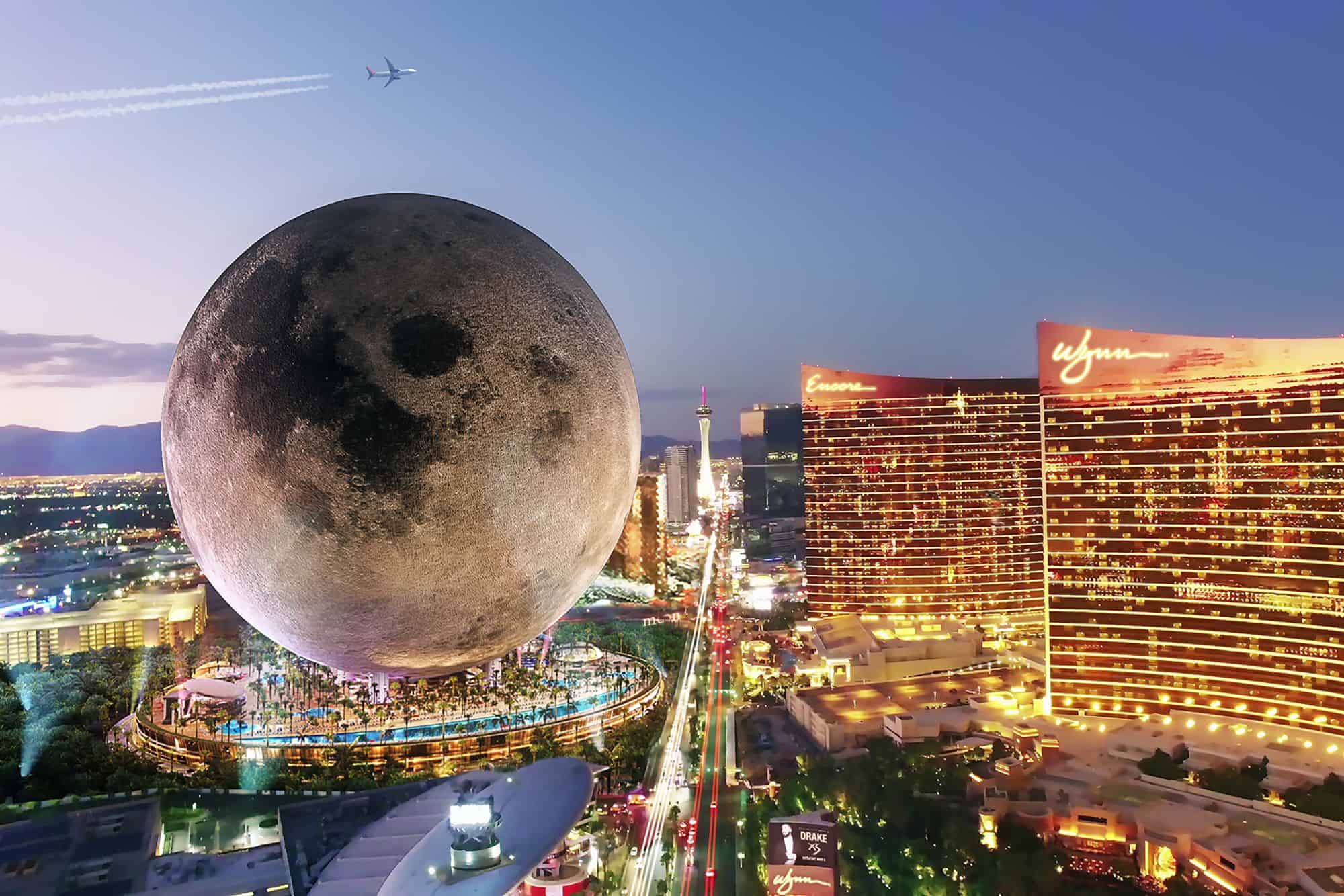 In what might possibly be the most realistic way to visit space without actually leaving the planet we call home comes to us as a Moon-Shaped resort that’s planned to open in Las Vegas sometime in the future. Estimated to cost around £3.6billion ($5billion) and have a height of 224 metres (735ft), this new resort which is appropriately called ‘Moon’ would be the world’s largest spherical building and sphere in general.

Moon World Resort is the Canadian company behind the plans, which also say they have similar plans in the pipeline for resorts in Europe, Asia and the Middle East. This Las Vegas resort, however, is planned to feature 4,000 hotel rooms, a Spa, Casino, 5,000 person capacity events hall and even a thrill ride. Perhaps the most intriguing part of the plans is the mention of a space-themed nightclub, set to resemble the surface of the moon, being positioned under a model of a spaceship, it’s guaranteed to offer party-goers an incredible lights show as lasers beam onto the dancefloor below and promises to host world-class DJ’s. As of writing the project currently does not have an estimated date of completion. However, founder Michael R Henderson who has spent over 2 decades developing the project, states he expects a 48-month timeframe from start to finish upon being given the green light.

“In our view, it’s the state with the most progressive and professional planning authority, plus Nevada is not fearful of large-scale hospitality projects, indeed it welcomes them,” – Michael R Henderson discussing the project.

It’s not the only recent build taking place in the state of Nevada, with the MSG Sphere recently beginning construction, which will be a magical entertainment venue that’s set to change the game forever when it opens in 2023. Is the ‘Moon’ resort a place that you would see yourself visiting if the project ever gets given the green light?