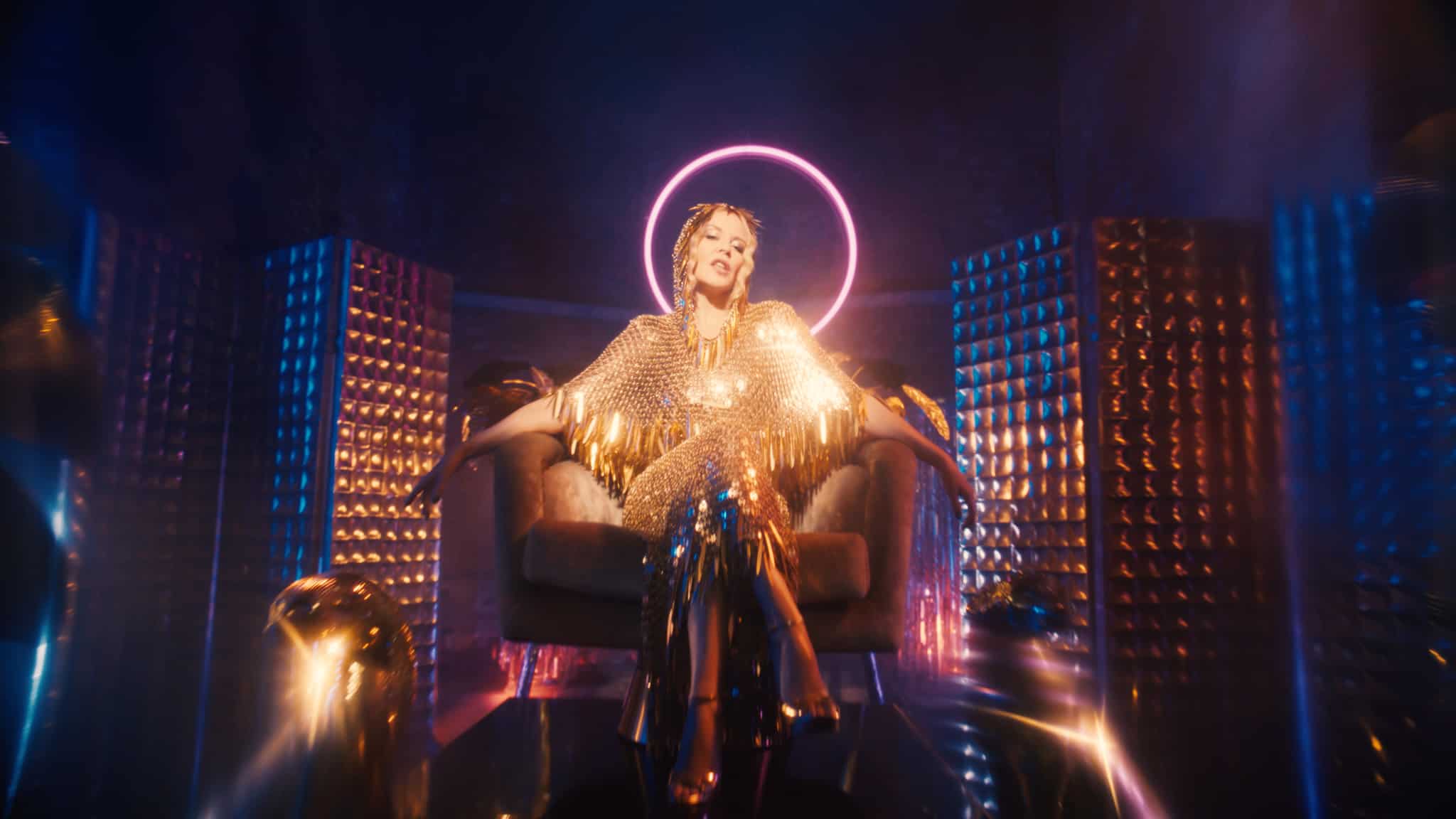 First there was ‘Disco.’ Soon there will be ‘Disco: Guest List Edition.’ Kylie Minogue has announced a release date of November 12, 2021 for a collaborative and remixed version of her 15th studio album ‘Disco.’

Details available on the Australian Princess of Pop’s website inform fans of the plethora of packages available to pre-order the Guest List Edition.  There will be new releases including those with Jessie Ware, the legendary Disco performer of ‘I Will Survive,’ Gloria Gaynor, and the first release from the reworked collection that Kylie debuted with Years and Years titled ‘A Second to Midnight.’

Dua Lipa is also featured on the guest list of performers with the Studio 2054 Remix of the song ‘Real Groove.’ It goes on to feature other previously released remixes such as the Purple Disco Machine Remix of “Magic‘ and the Basement Jaxx remix of the song ‘Say Something.’

Kylie Minogue has been on the dance scene for years now. The singer’s debut album in 1988 featured the #3 Hit ‘The Loco-Motion‘ on Billboard’s Hot 100 Chart. Since then Kylie has dazzled and energized the dance floor with other hits like the unforgettable and hypnotizing ‘Can’t Get You Out of My Head‘ and the #1 Single ‘Slow‘ on the US Billboard Hot Dance Club Songs in 2004.

Surprisingly in one final note, thus far Kylie Minogue’s cover of Lady Gaga’s song ‘Marry the Night‘ which was released earlier this year on Gaga’s ‘Born this Way Reimagined‘ album does not appear on any of Kylie’s revamped album release playlists. Although it does not seem to have made it to the collaborative lineup it is definitely worth giving a listen to here if you have not heard it.

So get ready and make sure your name is added to the guest list. Kylie never disappoints! You don’t have to be from down under to “dance like maniacs all night.”