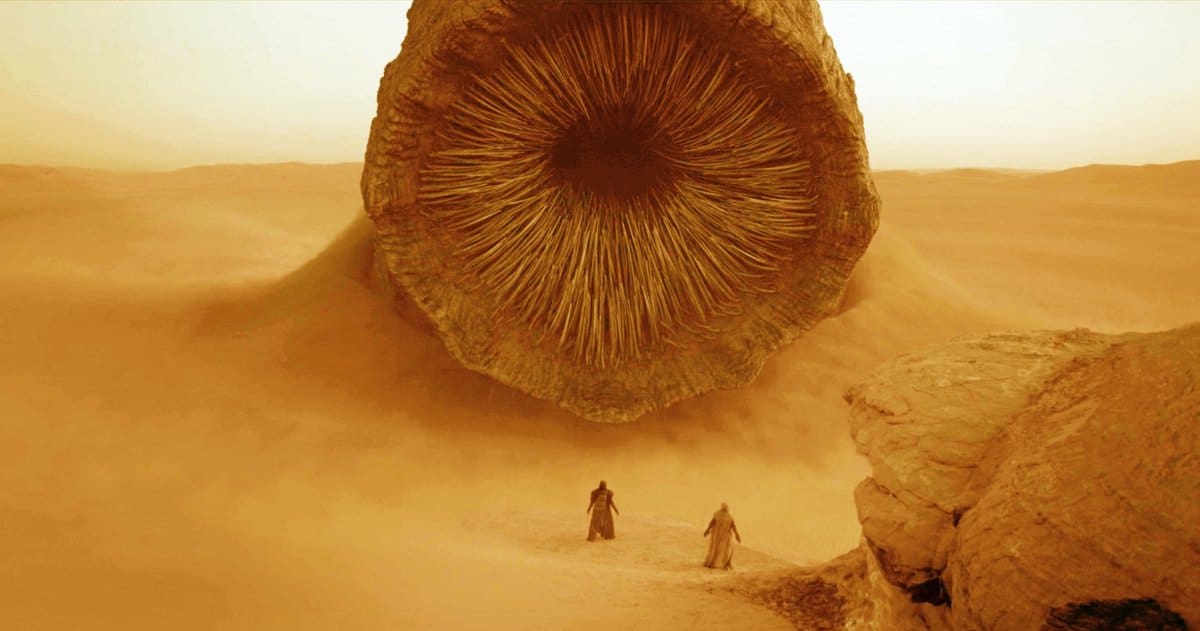 The ‘Dune‘ movie is one of the hottest films of the year, starring some of the world’s biggest actors and actresses the likes of Zendaya, Timothée Chalamet, and Rebecca Ferguson as well as already raking in over $200 million at the box office just days after its worldwide cinema release. However, it’s not just the star-studded cast that has a hand in its success as it’s recently been revealed that the talented sound team did some monumental things to make the movie sound as great and as realistic as possible.

In a recent interview, the ‘Dune’ sound engineers Mark Mangini and Theo Green revealed the incredible lengths they went to, to make the movie sound as realistic as possible. Specifically how they made the sounds of the sandstorm and Sandworm, in which the Sandworm in the movie swallows a spice harvesting machine whole. To create the sound of the swallowing, Mark Mangini actually put the microphone in his mouth and sucked in a lot of air. This sort of dedication to sound was also present to create instantly distinguishable sounds of the Sandworm movements, where the sound team travelled to California’s Death Valley to record the sound of moving sand in the desert.

Creators of the movie said one of their number one focus’ was to make the audience feel like they were in a recognisable universe and made sure that everything that was heard was organic or acoustic. They achieved this by using a technique named Fake Documentary Realism (FDR), something rarely seen in the Sci-Fi genre and rejected by most in Hollywood. However, it seems to have paid off for all involved in the creation of ‘Dune’ that now has a sequel on the horizon scheduled for release in 2023. If you haven’t already, check out the trailer for Dune on YouTube below.