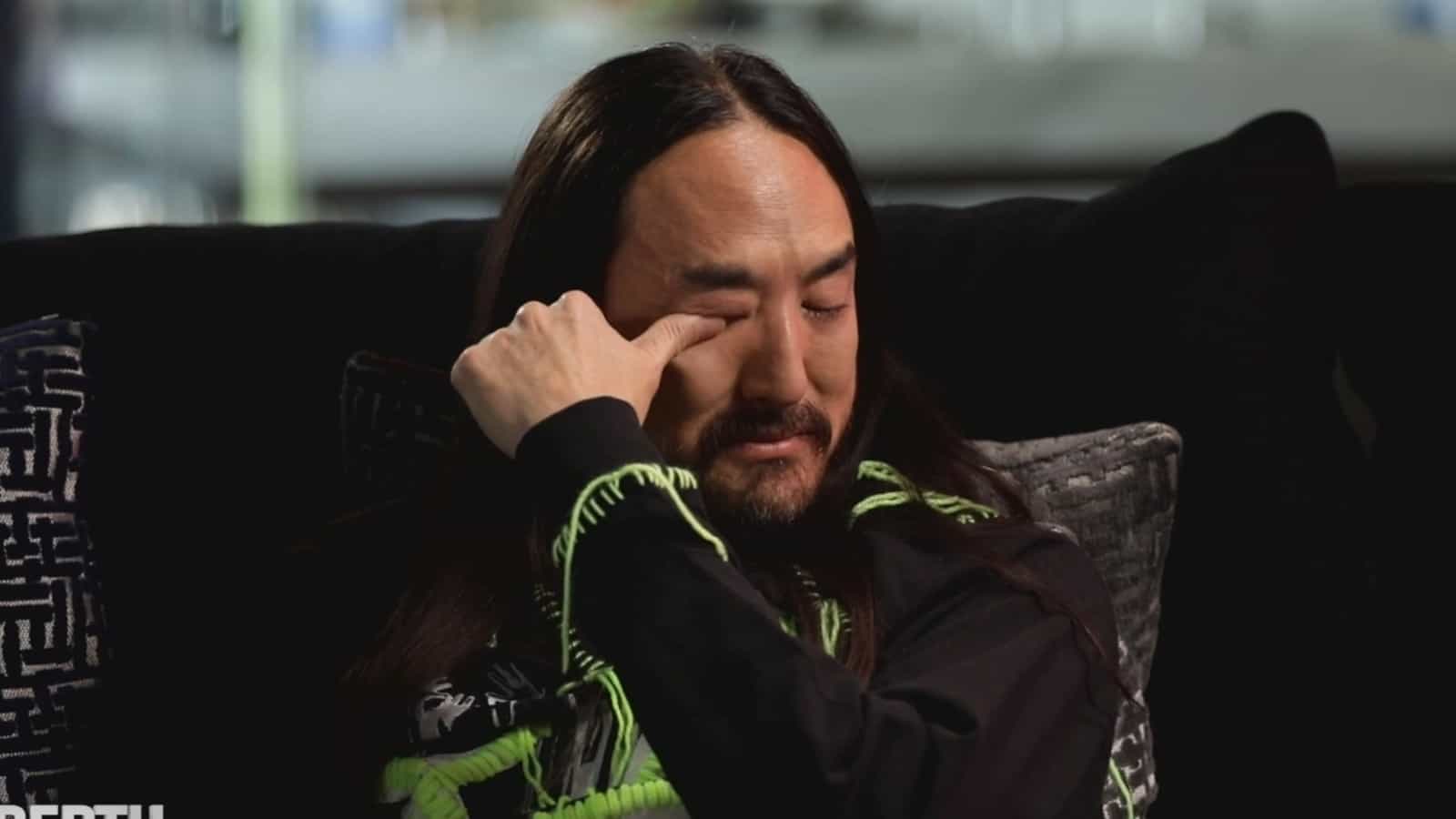 Steve Aoki bursts in tears, opens up about the sacrifices that come with hectic touring life: Watch

The phenomenal Steve Aoki is always known who his legendary escapades as one of the top DJ and Producers in the world, from throwing cakes at some of the crowds at the most iconic clubs and festivals around the world. To many, he lives a life that they can only dream of, however, the 43-year-old has recently opened up on an interview with Graham Bensinger on some of the harshest realities you face in the industry he works.

“The road looks fun, the pictures, social media it tells one side of the story. I’m not going to put me in the shower crying or something” – Steve Aoki

Steve Aoki has always been truthful and honest within his interviews, in this particular one he really puts on an emphasis on the loneliness he has felt over the past years, playing over 350 shows a year for the past decade and then burning out on covid. The DJ explains his battle with isolation and missing out on things in his personal life due to work and how it affects his family and friends back at home, he highlights spending time with people and giving 100% energy to the people you love.

“I have people in my life that have gone away in my life that I love… and I miss them so much. – I think about my best friend who passed away last year, who gave his entire life to support me… every moment you have with people that care about you and give you 100% of their time and there are times I didn’t and I feel awful. Life is short because it goes so fast and then its gone and people go away forever and you have just those moments” – Steve Aoki

Aoki also discusses the fine line between a work and life balance, something he has grown up to know with his family. His father Rocky Aoki was the founder of the infamous Benihana restaurants and used to put work before family life always, which has inspired Steve Aoki to want to do the opposite. His father passed away in 2016 and inspired him to want to be cryogenically frozen along with his mum and sister so that they can spend more time together in the future.

The interview goes into many more eye-opening subjects such as his difficulties growing up due to him behind ashamed of his Asian identity, stopping drinking at shows, as well as early gigs in his career, you can watch snippets of the interview via a YouTube playlist here.