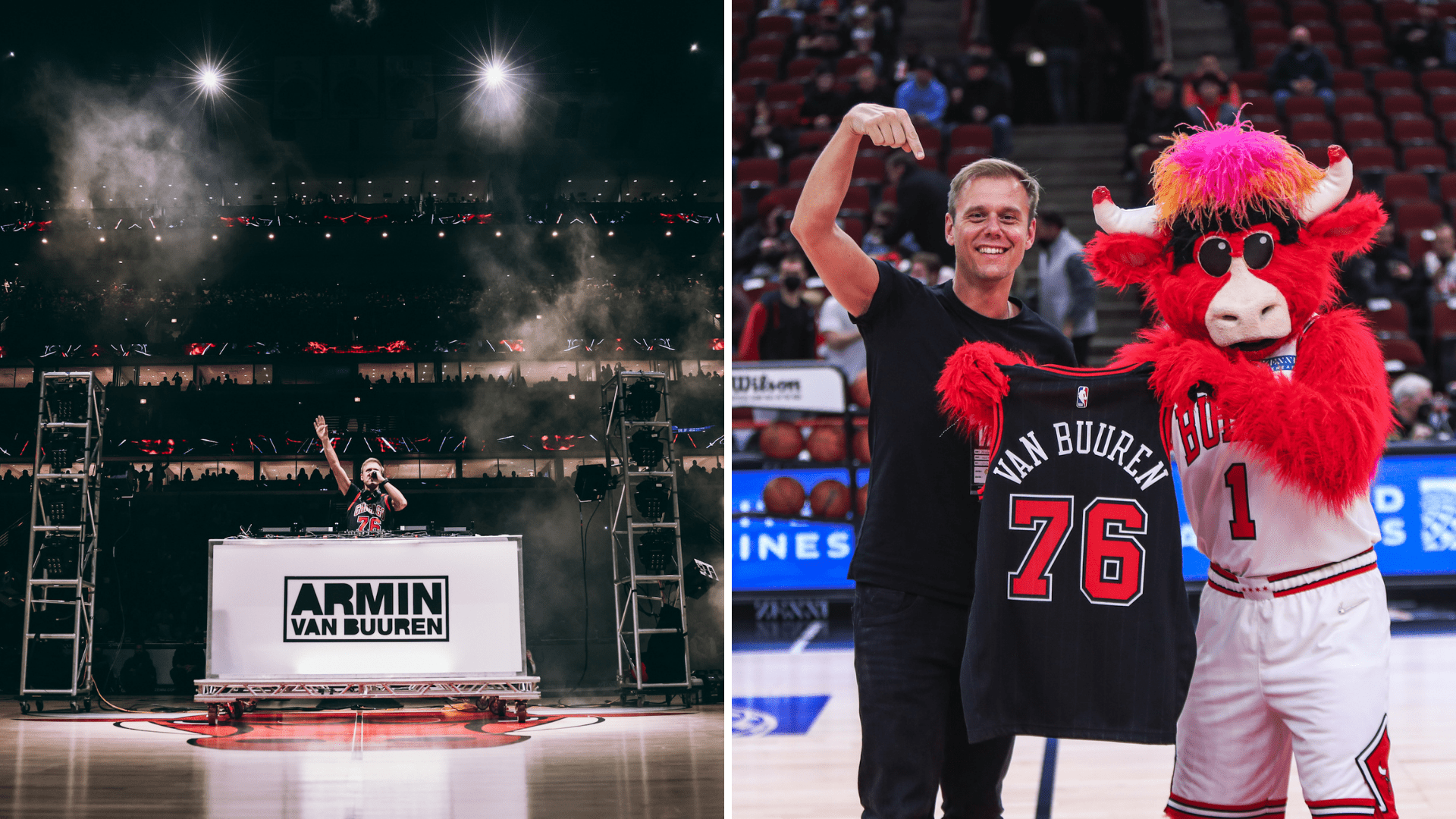 On Sunday night, the Chicago Bulls got the win against the New York Knicks at the United Center, taking them to equal first in the eastern conference of the NBA. However, Bulls fans were left pinching themselves when none other than Armin van Buuren dropped by for a surprise guest performance at the half time break.

It’s easy to ask yourself, “Why is Armin van Buuren performing at the NBA?”, but the story behind his recent collaboration ‘Sirius’ with Canadian artist AVIRA gives us a pretty clear picture as to why; the track is a rework of the iconic track with the same title by The Alan Parsons Project, which happened to be the Bull’s anthem from back in the 90’s.

Armin had the guitar elements of the track re-recorded by his brother Eller, ensuring that ‘Sirius’ was by far the highlight of the performance. The five-time number one DJ in the world also dropped his smash hit from 2018, ‘Blah Blah Blah’, as well as his recent collaboration with The Stickmen Project, ‘No Fun’, which was released on his Armada Music imprint just last Friday.

Armin gave a little insight into his performance in a recent press release:

“Last night felt like a childhood dream come true, as I’ve been a long-time fan and also followed the recent Netflix series about Michael Jordan and the Chicago Bulls. It was a great honor to do a special halftime show and I’m still buzzing from the performance.”

Despite this performance being one ‘out of the blue’, many DJs in the past have performed at large sporting events; The Chainsmokers performed a half time show with Kelsea Ballerini at an NFL game in 2018 between the Los Angeles Rams and the Kansas City Chiefs, dropping their collaboration ‘This Feeling’. Despite this one being a virtual performance, Martin Garrix also performed his UEFA EURO 2020 anthem with Bono and the Edge of U2, ‘We Are The People’, as part of the opening ceremony of the soccer tournament.

The Chicago Bulls also have another relation to electronic music, with NBA legend and former Bull Shaquille O’Neal switching his career to become DJ Diesel, hosting his own stage at Tomorrowland and collaborating with trap-lord NGHTMRE.

It’s amazing to see Armin van Buuren being welcomed by the NBA and the Bulls’ faithful; we’re all for DJs performing at live sporting events, maybe one day we’ll be fortunate enough to see a Super Bowl performance? 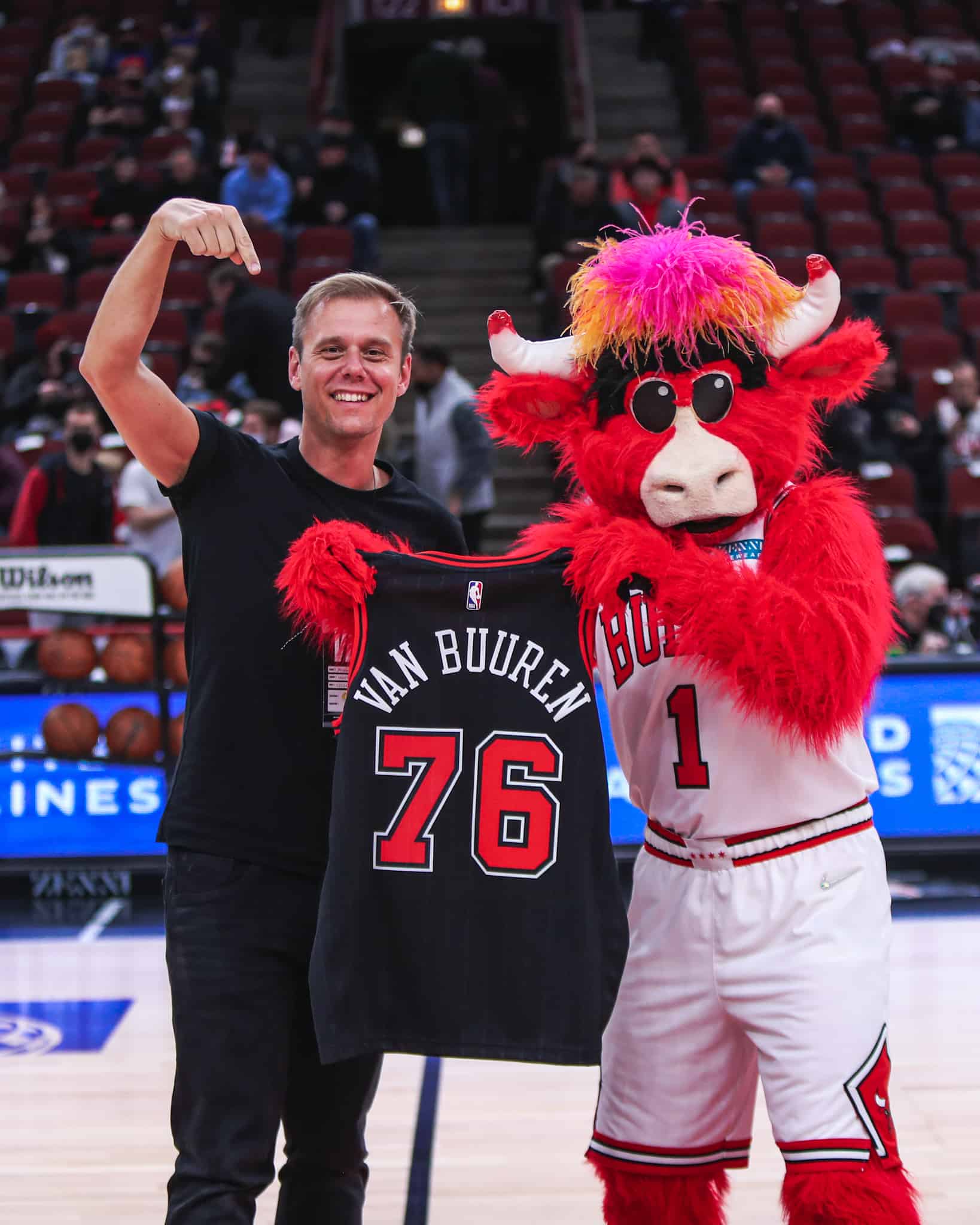 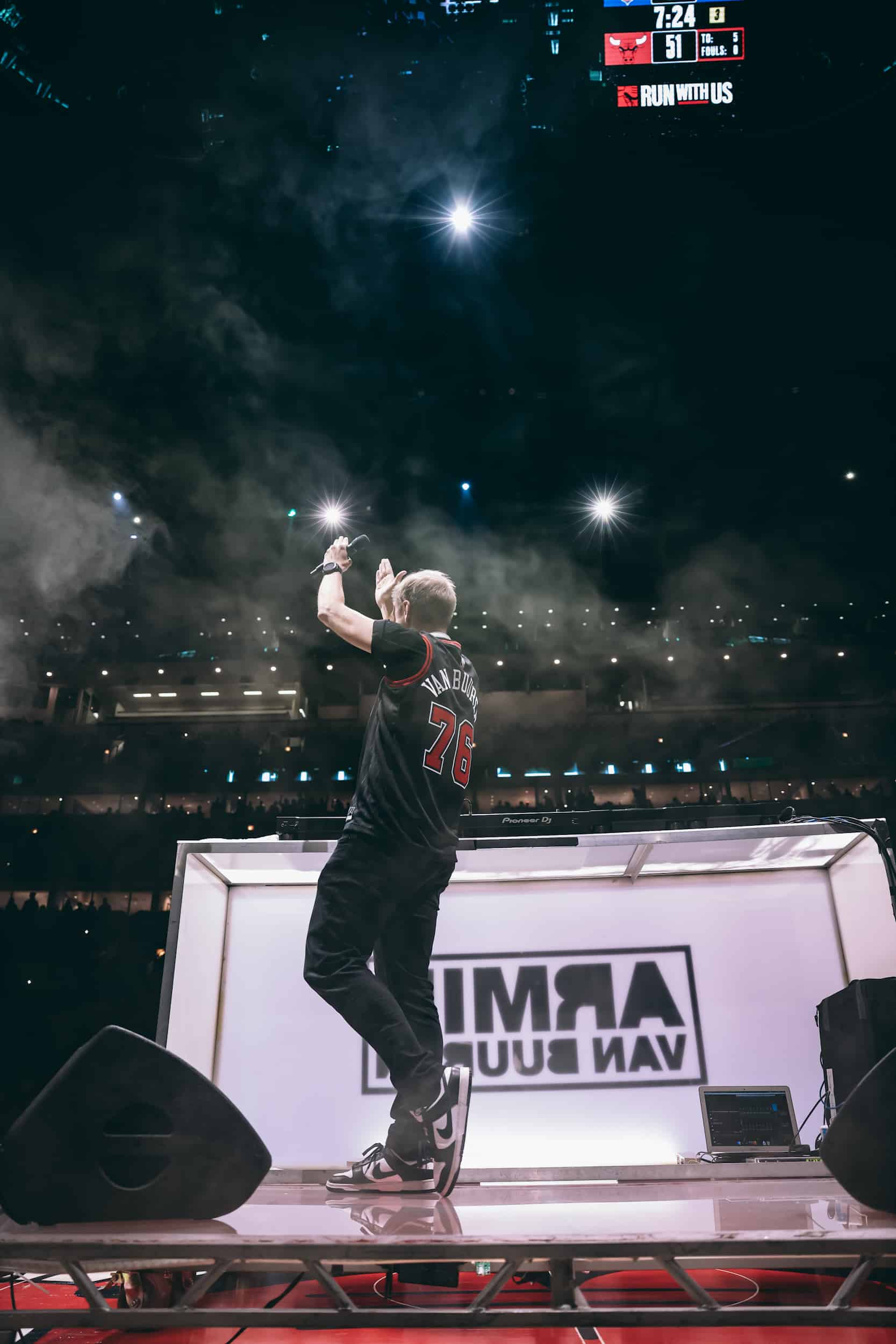