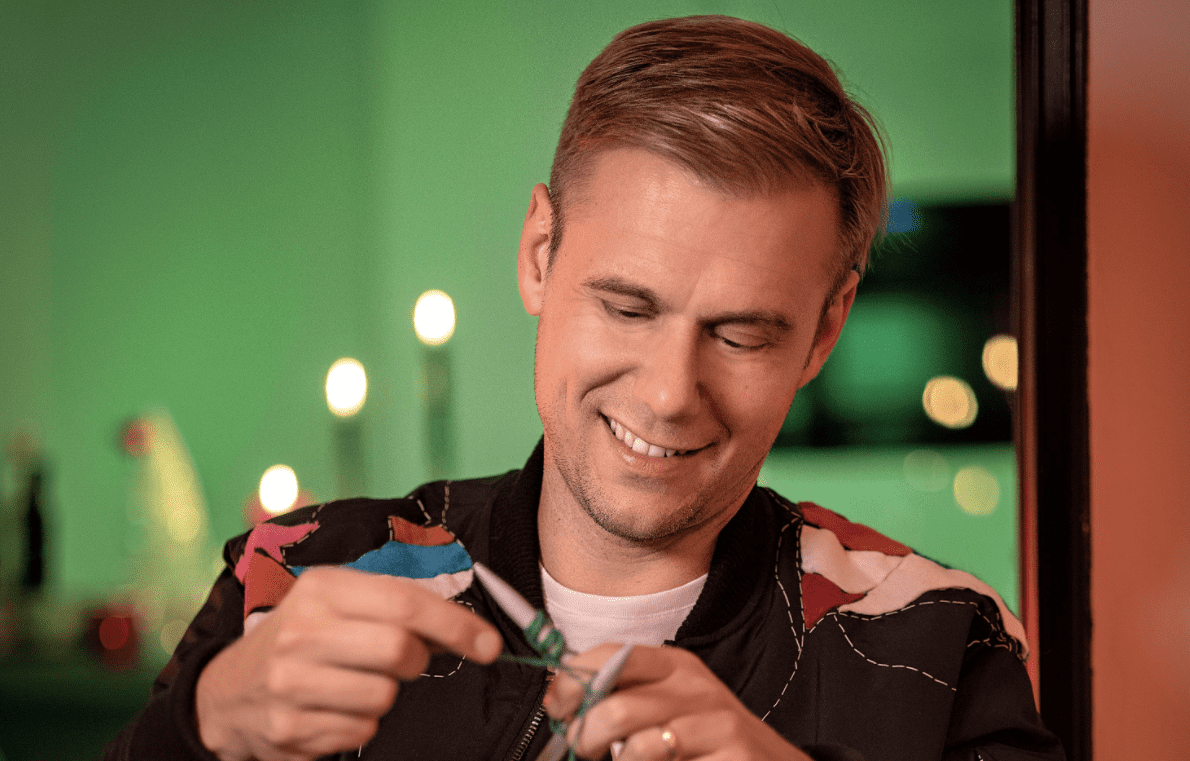 Armin van Buuren is a jack of all trades. Whether it’s in the club, on his radio show or in one of his many other endeavors, van Buuren continues to find ways to keep his brand fresh and ever-evolving. And on this special occasion, his next project comes just in time for the holidays. In a brand new commercial that was released on the Dutch superstar’s Youtube page, van Buuren revealed his brand new line of limited edition Christmas sweaters.

The commercial depicts a family in van Buuren’s hometown of Leiden, the Netherlands, on Christmas Eve getting ready for the next day. As they are preparing for dinner that night, one family member wakes up and hastily rushes around town to get last-minute gifts. While he is out, he accidentally drops his phone. Once the kid gets back home, he realizes that the phone is gone. He spends the rest of the day in a sad mood until, at the end of the night, someone rings the doorbell, and as the kid opens the door, he sees his phone wrapped together with a brand new sweater. That sweater is, of course, van Buuren’s new line of Christmas sweaters.

“I’ve always wanted to do something special with Christmas. I love how that magical feeling brings out the best in people and promotes kindness in a world that could always use more good intentions. I hope the Christmas commercial will put a smile on people’s faces and that the Christmas sweater will make everyone feel warm and fuzzy, inside and out. I know it’s a bit too soon, but I’d like to wish everyone a very trancy Christmas and a happy and healthy new year.” – Armin van Buuren, Press Release.

There are two sweaters for purchase. One sweater is red that says “Armin van Buuren is coming to town,” and the other one is green with the quote “All I want for X-mas is Trance.” Both sweaters are priced at €59,95 and can be delivered worldwide in two to four business days. 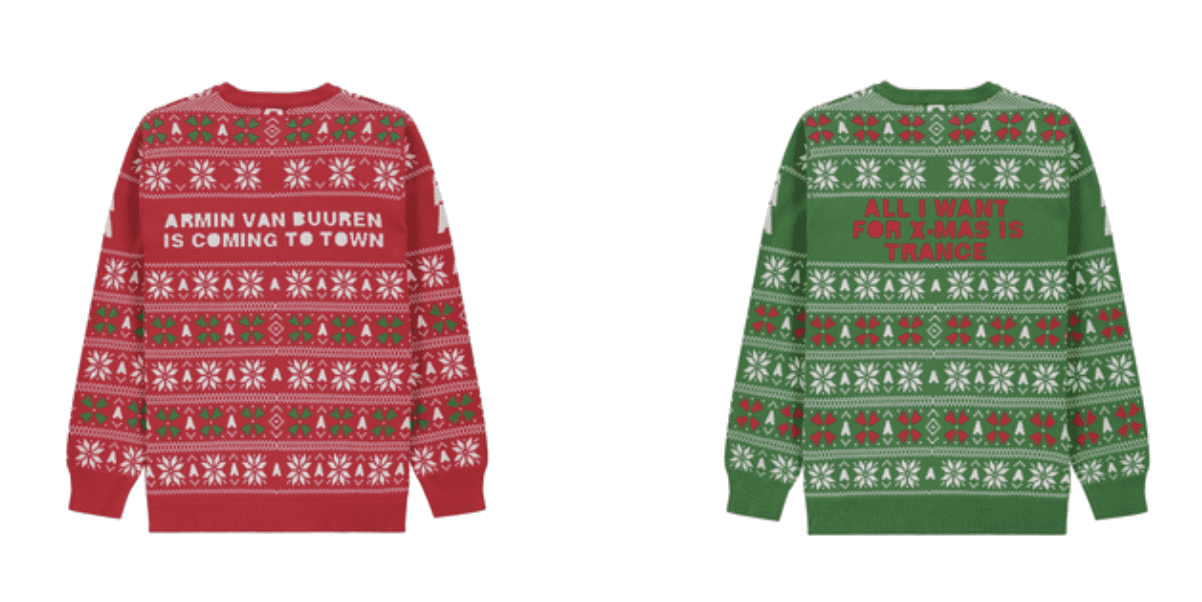 Purchase your limited edition Armin van Buuren Christmas sweater on his shop’s site here and watch the entire commercial below.