After news broke a while ago that a biography detailing the life of Avicii was due to be released, that day has come and today (16 November) you can officially buy your copy of ‘Tim – The Official Biography of Avicii’,’ written by award-winning journalist Måns Mosesson.

Giving fans and readers a unique insight into the Swedish producer’s life, Mosesson was given special access to Tim’s own notes, and also interviewed his close friends, family and colleague within the industry. The book paints an honest picture of his life, not shying away from his struggles in life and who he was as a person, allowing fans to get to know him like never before. 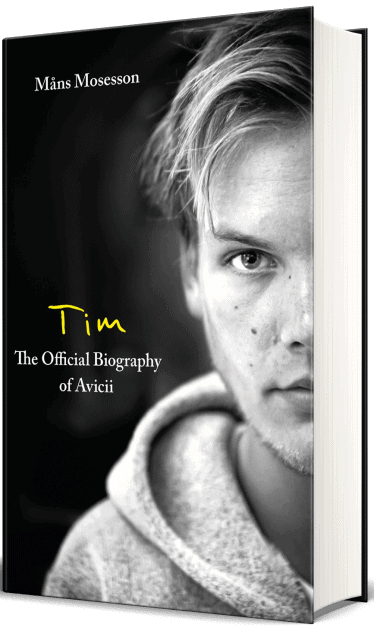 It’s almost impossible to grasp how big an impact Tim Bergling had, both on the music industry at large and on his fans all over the world. Måns Mosesson has traveled in Tim’s footsteps across the globe, from the streets of his childhood in Stockholm, to Miami, Ibiza and Los Angeles, in order to provide an in-depth and multifaceted picture of Tim’s life and works.” – states an official press release for the book

Avicii’s estate will donate net proceedings from the book to the Tim Bergling Foundation, which was set up by his family in his honour after he passed, with a focus on mental health in addition to areas of climate change, nature conservation, development assistance and endangered species.

The book is now available to buy in the UK, Sweden, America, Canada, New Zealand, Norway, Hungary, Germany, Netherlands, Belgium and Denmark through multiple outlets via the official website, which you can view here (note that some regions have not released the book yet, and it is still up for pre-order in some countries with release dates set for later this month).