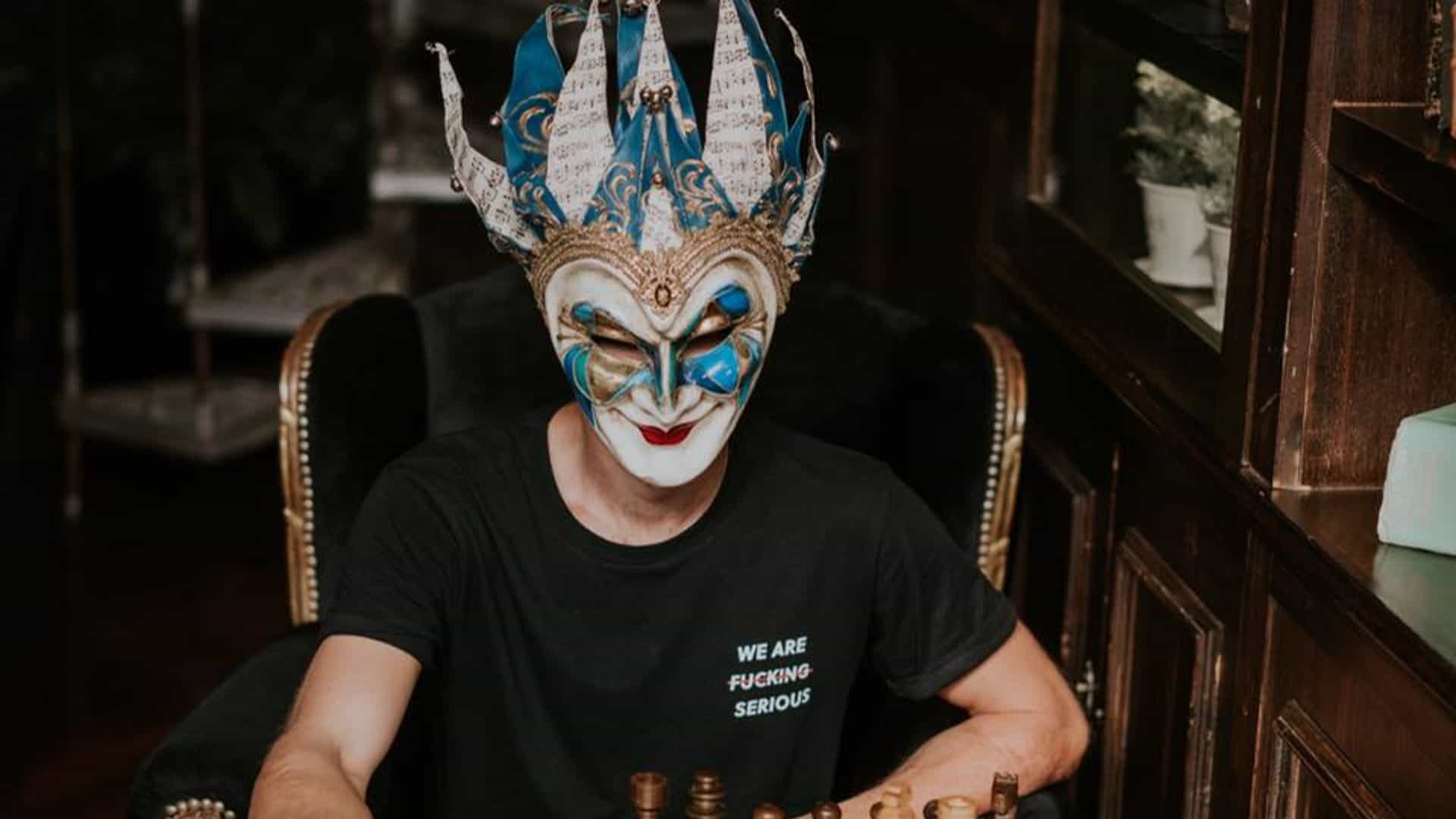 Boris Brejcha shares his highly anticipated tenth studio album ‘Never Stop Dancing‘ today, a work infused with techno and his signature minimal high-tech, which promises to shake up the most crowded dancefloors. Today, November 26, is a doubly special date for the masked artist and his legion of fans. Not only is it the release date of this Invigorations twelve track EP via Ultra, but also Boris Brejcha’s birthday. The birthday is of this famed artist, but the party is for everyone, especially with this euphoric soundtrack, already available through the usual platforms.

Over the past few months, Brejcha has been sharing some excerpts from his brand-new LP, previewing the refined techno that would predominate on the album. ‘Spicy‘, ‘House Music‘, ‘Take A Ride‘, ‘Twisted Reality‘ and title track ‘Never Stop Dancing‘ are the first five tunes on the album and those that had already been released individually. Now, these five stylish tracks are joined by seven new ones, to make up ‘Never Stop Dancing’.

Boris Brejcha is known internationally not only for performing with an incredible Venetian mask but also for authoring performances that turn out to be veritable storms of energy. Another of the masked legend’s talents is the release of acclaimed albums. Although he burst onto the scene only in 2006, he has shown himself to be an active and hardworking player with a discography that is large in number and quality. Proof of this contagious energy and enviable production pace is 2021. Preceding ‘Never Stop Dancing’, Boris Brejcha released this year ‘EXIT‘, ‘Matrix‘, and ‘Vodka & Orange‘, all wrapped in the creativity and sound so peculiar to this original artist.

‘Never Stop Dancing’ features Boris’ wife Ginger collaborating on many of the singles, something that has happened repeatedly throughout the artist’s discography. The vocals, whether more or less distorted, are a key and enhancing part of many of Boris Brejcha’s singles and in this latest album, she participates on five tracks.

Besides the five already known tracks, this floor-focused LP delivers seven brand-new dance cuts. ‘Afterlife‘ is a peak time cut seasoned with an emphatic high percussion, with a tech house twist. ‘Hold Your Speakers‘ has Brejcha’s characteristic rhythm, his undulating synthesizer, having written high-tech minimal all over it. ‘State Of Mind‘ is a very dynamic track, more cosmic and tripping than the previous ones, revealing itself as another quality production from the talented couple. ‘Falcon‘ is a bit deeper and darker, it’s a more introspective and melodic specimen, without losing the marked rhythm present in the whole album, quite similar conceptually to ‘Himmelblau‘. ‘Underworld‘ and ‘Skywalker‘ share a somewhat industrial DNA, drawing on the classic sounds of European techno with some splashes of stridency that result in Brejcha’s fantastical and magical concept.

It’s undoubtedly another example of the finesse of this brilliant artist’s productions and one worth listening to and dancing to again and again. Listen below for ‘Never Stop Dancing’: