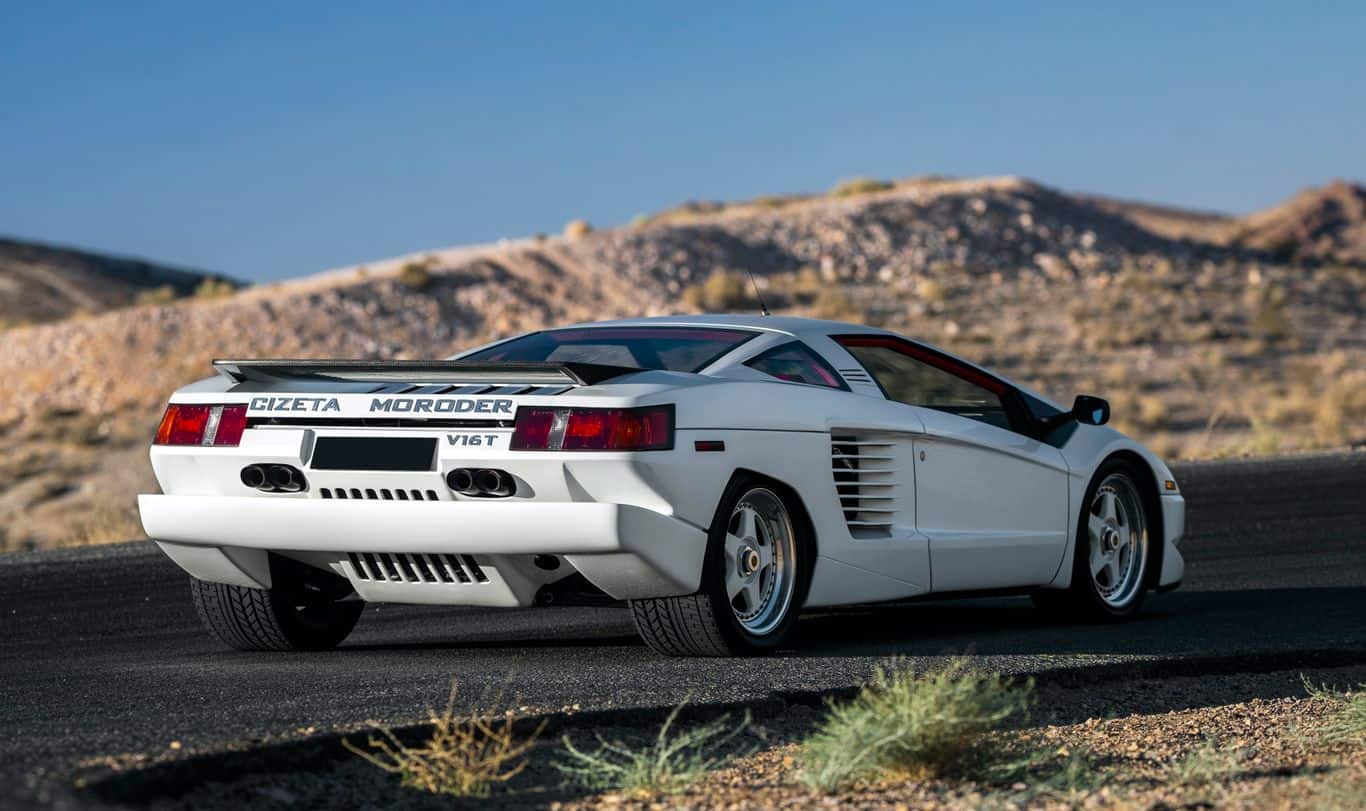 Giorgio Moroder set to auction off a supercar named after him

Giorgio Moroder, also known as ‘The Father of Disco’ is auctioning off a one-of-a-kind supercar, a 1988 Cizeta-Moroder V16T. The car was funded by Moroder and cited as a passion project pursued by him and two ex-Lamborghini employees. Moroder’s credits are earth-shattering. After having produced for Donna Summer, Queen, Rolling Stones, and founding Italian Disco and pioneering techno and house music, it’s no surprise that the Italian juggernaut takes a liking to nice cars.

The car is a prototype that consists of a pair of Uracco 90-degree flat-plane V8s that are joined to create a “thoroughly weird” V16. The 6.0-litre unit featured one block but four separate cylinder heads and eight camshafts. To car buffs, this is definitely not a run-of-the-mill engine. The top speed on this beast of a car hits about 204mph, making this marginally faster than a Lamborghini Diablo. The project was supposed to see completion and be sold on the market, however, Giorgio Moroder had a falling out with one of the makers prior to production, which led to only a handful (10 in fact) Cizeta-Moroder’s being made, including the one prototype that’s being auctioned off. Ultimately, this car would’ve been too far too expensive to mass-produce anyway.

The V16T 001 was originally due to be auctioned off at RM Sotheby’s Monterey Car Week event in August but was withdrawn before the sale. Instead, it’s now going to be offered at the Phoenix‘s auction house on January 27th, 2022. At this time, there is no estimate of how much this car will cost, but according to the previous sale of a V16T, it went for $665,000.