With the ending month of 2021 now here, it’s time for streaming services to unveil their end of year stats for both their users and the platform, with Spotify Wrapped now out and Apple Music have also rounded up their statistics for the whole of 2021.

Revealing the biggest tracks of the year on the streaming service with the annual Top 100 Charts, they have included over 50 official playlists which include a roundup of the top 100 tracks streamed across the globe as a whole (data collected from October 16, 2020 to October 15, 2021) and have also included dedicated playlists for top 100 streamed tracks in different countries such as the United Kingdom, America, Australia, Germany and many more countries. For the first ever time this year also they have included a Top 100 2021: Fitness playlist which charts the most streamed music perfect for workouts where Joel Corry‘s ‘Head & Heart‘ featuring MNEK comes out on top.

In regards to certain tracks though, the overall most streamed track on Apple Music of 2021 was K-pop group BTS‘ ‘Dynamite,’ and that isn’t too surprising considering the group’s enormous fanbase and the track’s global success. For those that love to read along to the lyrics to memorise them perfectly, Olivia Rodrigo can thank those people as her debut breakout ‘drivers license‘ came out on top. It also seems as though many people just had to know what track ‘Astronaut In The Ocean‘ by Masked Wolf was, at it reigns in top place on the most Shazamed track. 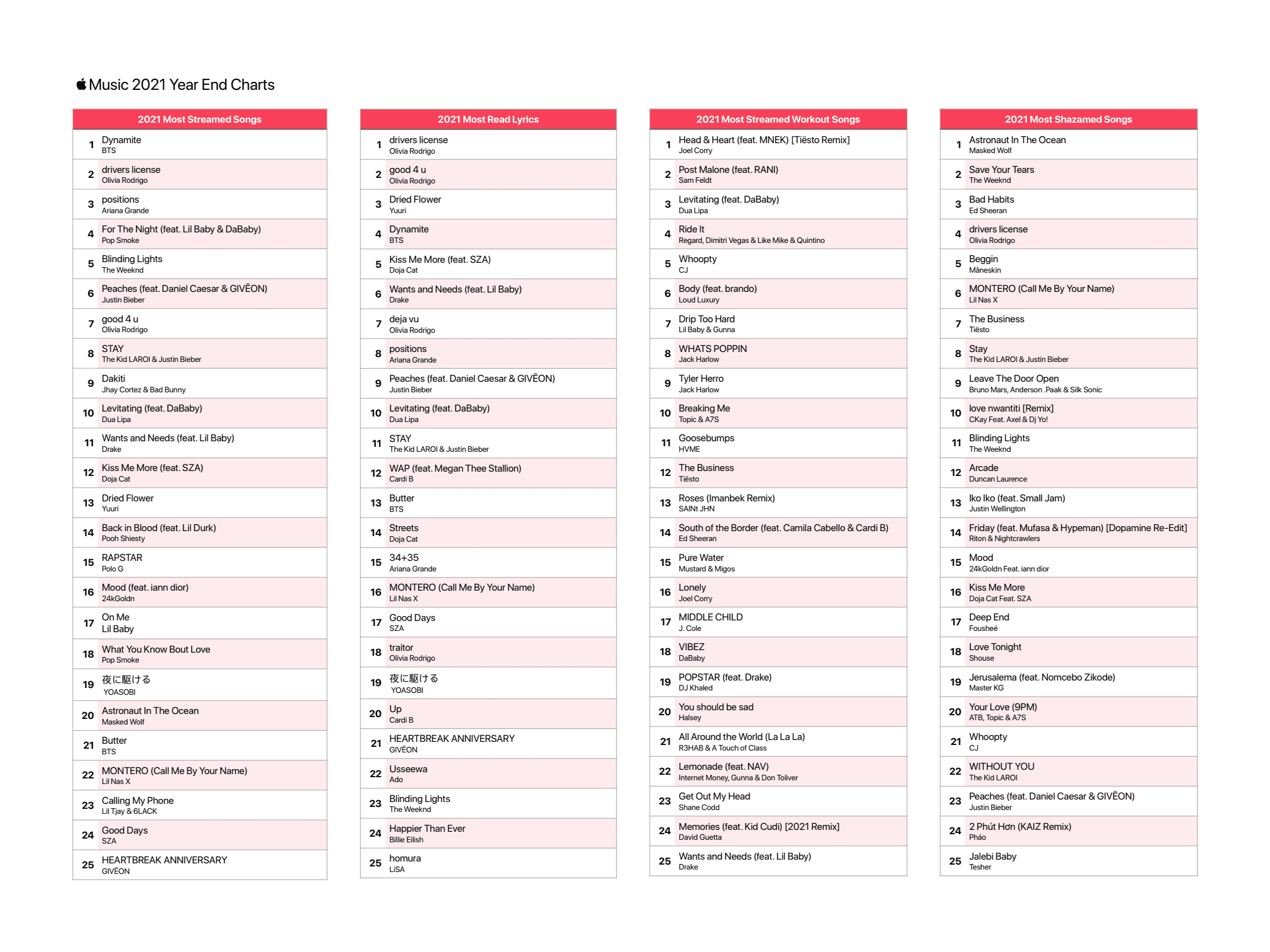 All of the Apple Music 2021 playlists are available to listen to now, and if you have a subscription you can view them and listen here. What’s your most streamed track of 2021?