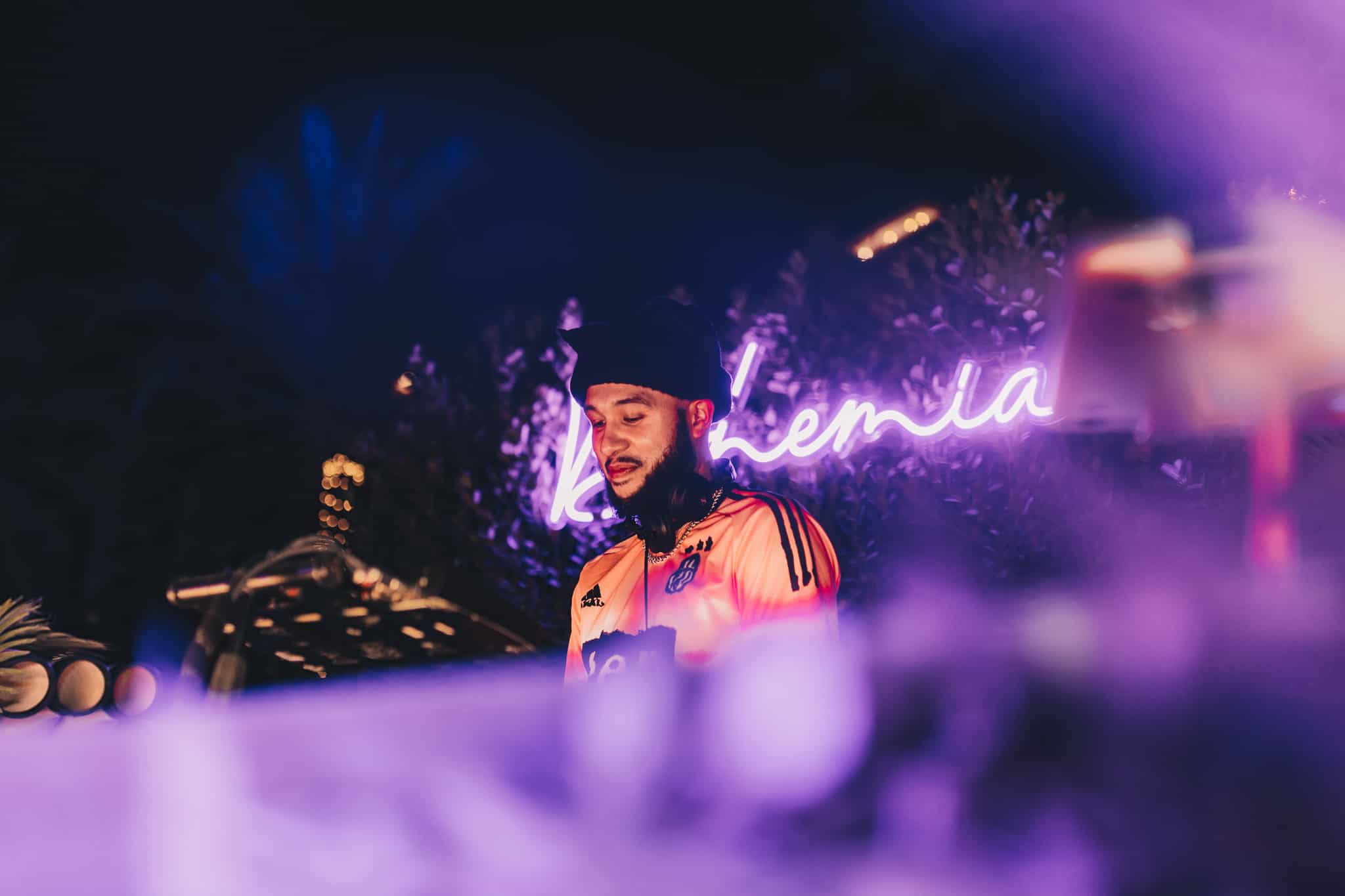 Behind the decks with Jax Jones at FIVE Hotels & Resorts [Interview]

Jax Jones persists as one of the dance music names on everybody’s lips. Already a staple of the UK club scene, he continues to push global boundaries as a producer, with every one of his records seemingly bigger, better and more successful than the last. 2021 was an unfathomable year for the 34-year-old, as not only has he returned to touring and performing all over, he has also released some of his best music to date.

Once again, Jax Jones found his way up the singles charts world-wide, with his mega dance collaboration “OUT OUT’ with Joel Corry, Charli XCX and Saweetie proving his biggest hit of the past year. His discography proves ever-eclectic still, with the release of his “Deep Joy” EP, his remix for Ed Sheeran’s hit “Shivers” and his collaboration with Stefflon Don, “The Don”, all highlights of 2021 too.

Since being unshackled from the travel restrictions of COVID, he has also reconnected with fans, performing as far and wide as possible. Recent months have seen him DJ all over the UK and out in places such as France and Switzerland and even out in the UAE. Ahead of an intimate beach party set for Bohemia at FIVE Hotels and Resorts out in Dubai, we were lucky enough to catch up with the dance-pop mastermind for another insightful interview.

What has your FIVE experience been like so far? Have you been to Dubai before?

Yes, I’ve been to the city before. They have put a lot of effort into making FIVE Hotels & Resorts feel immersive and there are lots of different areas to party in, so I’m really looking forward to staying here.

You said you’ve been to Dubai before but have you actually played over here before?

Yes, I’ve played Zero Gravity twice. I also did New Year’s Eve in Dubai in 2019, which was quite the experience, complete with an epic firework display. Everything then shut down for COVID, but I’m glad to finally be back here!

Does your approach to a DJ set differ slightly performing in an exotic party destination like this at FIVE, compared to somewhere in the UK, for example?

The way I approach my sets is quite selfish, actually. I like to play what I fancy, but I do make it appropriate for where I’m playing. I’m playing a beach party tonight, so it will be more about the groove and about creating an atmosphere rather than performing a festival set. The way I prepare for a set is that I just imagine if I was going to that party, and thinking about what I would want to hear, because I think people can feel whether your energy’s authentic or not.

Your good friend Joel Corry has been over here to perform too this week. If you had time before or after a set and you could go and listen to someone play, who would you go and listen to and why?

I love listening to people that are totally outside of what I play. The other week, I played in Belfast and I went to watch Charlotte de Witte play. It’s just different and I want to be inspired – there you can learn something new, as techno is just a different skill set altogether. It was interesting to see how she interacts with the crowd and what she does – what you see, you can learn.

Obviously COVID has been an inconvenience for everybody. How has this period been for you? Did you feel like it was a good time for you as an artist to get creative in the studio?

It was an important time for me. I was definitely on the road a bit too much and that was affecting my creativity. It was useful to stand still for a bit and turn quite a negative period into a positive one, making a lot of music and reconnecting with the sounds that inspire me. I also had a daughter, and have really enjoyed becoming a father and even that’s made me listen to music differently from sharing it with her. It’s been fun just watching her try to understand what I’m doing. It’s been an amazing 18 months albeit in the backdrop of COVID but, I’m happy now to get back on the road – I have changed the way I approach touring though. Where before I used to do a lot of festivals, I’m now enjoying playing in smaller venues and clubs, making music in the week and testing it on the weekends. I didn’t realise I would miss it as much as I did though. You make music so people can hear it and I love seeing people react to it. Music has to go together with life, otherwise it’s just in the background. 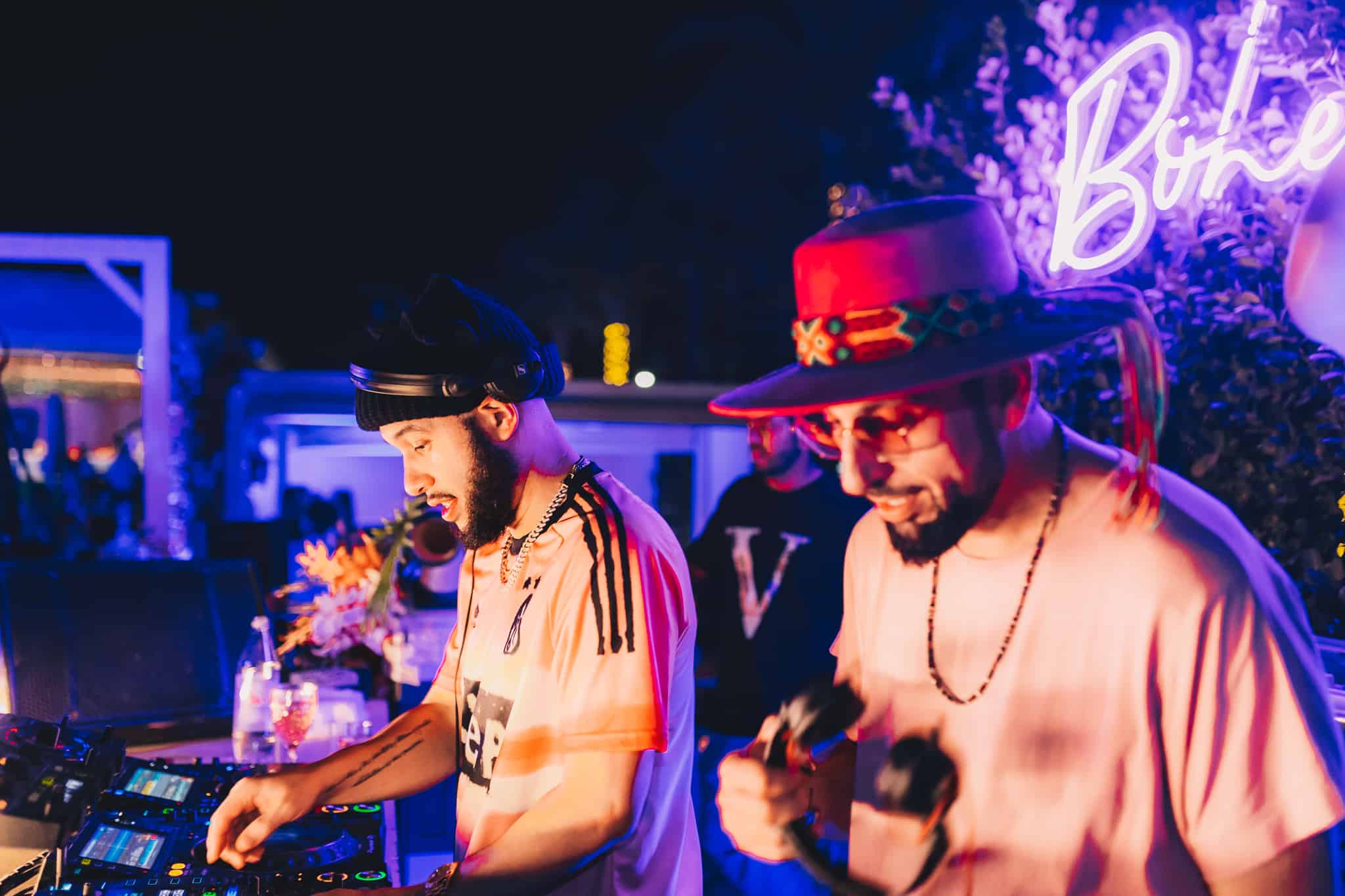 Almost every track you produce is a hit. Do you feel pressure approaching the next track?

I used to feel pressure but now I feel a bit more established and I am enjoying making different types of stuff. First and foremost, I just love making music, so that is what I’m going to be doing now for the next couple of years, making different types. That’s how I will relieve the stress because sometimes if you’re just trying to make a hit, it’s not as creative as making something more for the clubs or making something that’s a bit deeper – that’s not supposed to be a hit, it’s for the fans who love electronic music.

Do you know where you’re going with a song when you’re creating it? Do you have something in your head to begin with, or do you just experiment and eventually figure it out?

I do a bit of both. I think if you don’t experiment, that’s when you can get really stale, and you’re just repeating yourself, but I do like to experiment. At the same time, I’m kind of editing so I know where I want to get to, but what I do now is I just make lots of music and then figure out what to release.

One thing we love about you is your unique marketing style and image. Are you heavily involved in that side of your music?

Yeah, I’m a big fan of everything fitting together – especially in dance music. We’re not singing, so we have to have some- thing that catches people’s eyes, and my artwork gives fans another reason to check out my music. I was really inspired by Andy Warhol, Mark Rothko and some of Daft Punk’s early stuff. Because I’m part Chinese and part Turkish, I also love referencing different cultures. It could be something so silly, but if you say it’s art, then it’s art.

We’ve seen you’ve been extra busy over the past year. Tell us a little bit more about the launch of your new label.

The label is called “WUGD”. It’s my opportunity to help other people break through. I wouldn’t be where I am now if someone didn’t take opportunities on me, so I feel like I’m offering that same thing back. For me it just brings everything full circle and I feel like hopefully creating the next generation of people that will have a career in this industry. It’s a chance for me to get my hands dirty and when we are signing music, we care. We want to give it a chance and put some money into it and make sure people hear it.

Sonically, what direction is the label headed in? What kind of styles are you focusing on?

It’s quite diverse and it’s all of high quality, starting in electronic music whether it’s house, drum and bass, or just music that I think is great. If I like it, I’m going to sign it! Eventually, I would love to sign singers and artists for a long time, whether it be a “James Blake” or someone of that calibre, or even deeper electronic artists like Caribou. I’d just love to just have a big range on the label.

So what’s on at the moment for you? Are you going back to touring? Are you working on any new tracks?

Last month I released a track with Stefflon Don and System Inc. on my label for which we’ve already had amazing feedback from artists, like Jamie Jones and Andrea Oliva. This month, I’ve got a pop record coming out which I’m super excited about. I’m dipping back into “euro-house” because I’ve become a bit obsessed with it – I think it is the best pop record I’ve ever made! That’s kind of what I’m going to do for the next year, make club-pop, and build upon my label. I just want to show people that you shouldn’t box yourself in, I just really get a buzz off just doing different things.

FIVE Hotels and Resorts are taking their winning formula and investing in their new record label FIVE Music. Headed by FIVE CEO Aloki Batra, music is now a central focus of the FIVE umbrella, acting as the middle point for all that they aim to achieve and focus on within the brand going forward. They have established themselves at the very heart and soul of the Dubai party scene over the years, drawing in top artists from around the world to perform in their own intimate settings. Whether its the melodic vibes of Bohemia at Beach by FIVE, the intimate deep tech-house sounds at Skyline Thursdays at The Penthouse or Nomad Brunch at Soul Street, there is something for everyone no matter the time of day or the year. FIVE recently celebrated Christmas and New Year with their spectacular event, “FESTIVE”, which brandished unique dinners, spectacular NYE fireworks and nothing but the best in electronic music. Beyond Jax Jones, Christmas and NYE, they look to continue momentum well into 2022, with big plans for FIVE Music in the near future. You can visit their website here, check out their YouTube channel here and their Spotify here.