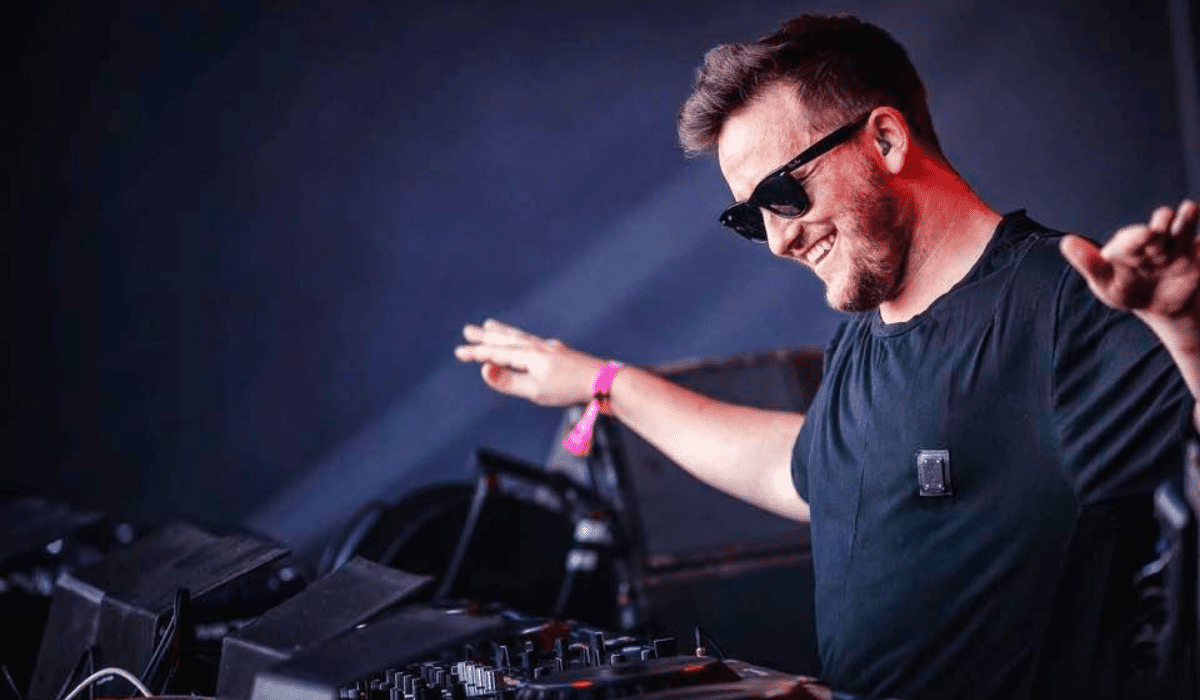 UK DJ talent Matt Nash never stops innovating, as has become increasingly evident with the recent release of his incredible debut album “Half Human” under STMPD RCRDS. Having accumulated more than 90 million streams across his career to date, the now-Amsterdam-based producer has bolstered his discography with his irresistible new 12-tracker. Experimenting with new sounds, melodies, and different energies throughout, “Half Human” has arrived as a body of work truly representative of himself. The first ever album to grace Garrix’s STMPD imprint, it now figureheads the Matt Nash catalogue.

Following a disorientating 18 months or so, his drive to develop as an artist remains as strong as ever, establishing a solid reputation for his futuristic approach to electronic production. With an unrelenting determination for more, he has had an incredibly eventful 2021, as we found out when we sat down with him for an interview in which we discussed the new album, touring and more…

Hi Matt, thanks for taking the time to speak with us! How are you and how has 2021 treated you so far?

2021 has been the most incredible year so far! Obviously since the lockdowns have eased in certain places etc, it’s been great to get back out there again and get back to doing what we love. For me, that’s resulted in some fantastic opportunities, like playing on the Horizon Stage at Creamfields this year, playing some really cool shows in Liverpool and Amsterdam with Third Party and the Release Records guys, and of course, my very own ADE show just the other month, where so many special guests joined me at Nova for my album launch party!

A massive congratulations on the recent release of your debut album “Half Human”! Tell us a bit about how the idea to produce your first ever album originally came about?

Thank you, well it’s always been something I’ve wanted to do. I really had the time and creative space during the pandemic to explore sounds that we’re not exclusive to the club or festival, but to really focus on melodies and just get lost in the process.

In formulating the album, what inspirations did you draw upon to make “Half Human” what we hear?

Well it’s funny you ask that, because the album kind of serves as an ode to modern life really, with more of us connected via technology than ever before. In a way, we are now sort of all ‘Half Human’, because we’ve all got this half-technological side to us now, too! But I definitely feel like this body of work is something that represents me in the best possible way.

How was the experience in working alongside STMPD RCRDS and making history with the first ever album release on the label in its 5 year history?

The guys at STMPD have been so great, and always believed in me and what I was trying to create here. Obviously I’ve had a lot of support so far with the singles, and Martijn and the team are all fantastic at allowing me that freedom to create what I want to, and bring my own vision to life.

In finishing the album, did you find yourself with a favourite track from “Half Human”?

It’s hard to pick a favourite because they’re all my babies really. But If I really had to it would probably be ‘Human’ I wrote and sung the vocal on this so it has a special place in my heart. But honestly I love all the tracks that made the final cut.

Did you learn anything about yourself as a producer in the process of creating the album?

Yes absolutely, I had a lot more freedom in what I could make and didn’t have to make tracks work in specific ways. It showed me that I’m more than capable at making different music and that I shouldn’t always restrict myself. Just let the creative moments happen.

When your fans listen to the album, what would you like them to take away from it/feel?

My hope when people listen to my music is that they connect with it, that it sturrs an emotion, makes them feel something and elevates whatever mood they are feeling at that particular time.

We were also pleased to see you make an appearance at Creamfields this year, how good does it feel to get back out and perform in front of live crowds again?

It’s absolutely amazing, for so long we had to adapt and try to find ways to stay creative with things like live-streams etc, but you can’t beat that rush of actually being out there again on festival stages and looking out into the crowd, seeing all the flags and t-shirts and support etc, it’s just an unbeatable feeling!

Beyond the album, what can we expect from Matt Nash in the near future?

Certainly more producing, I’m loving life in my studio right now. I’m based in Amsterdam and it’s such a lovely city to find inspiration in. So as much as time allows me to, and when my boy dog Gizmo isn’t nipping at my ankles for attention, I’m always busy getting my head stuck into the production side of things. And definitely many more live shows to come too! So lots more music, and lots more touring!

Having now gone through the emotional rollercoaster of releasing your first album, do you think you’d like to follow it up with another in the future?

Never say never! It’s been an amazing journey putting this album together, and I’ve loved every second of it, despite all the hard-work and long hours. But I’m always looking at the future too, and what can be achieved going forward. I guess that’s what makes us human… Or should I say, ‘half-human’!