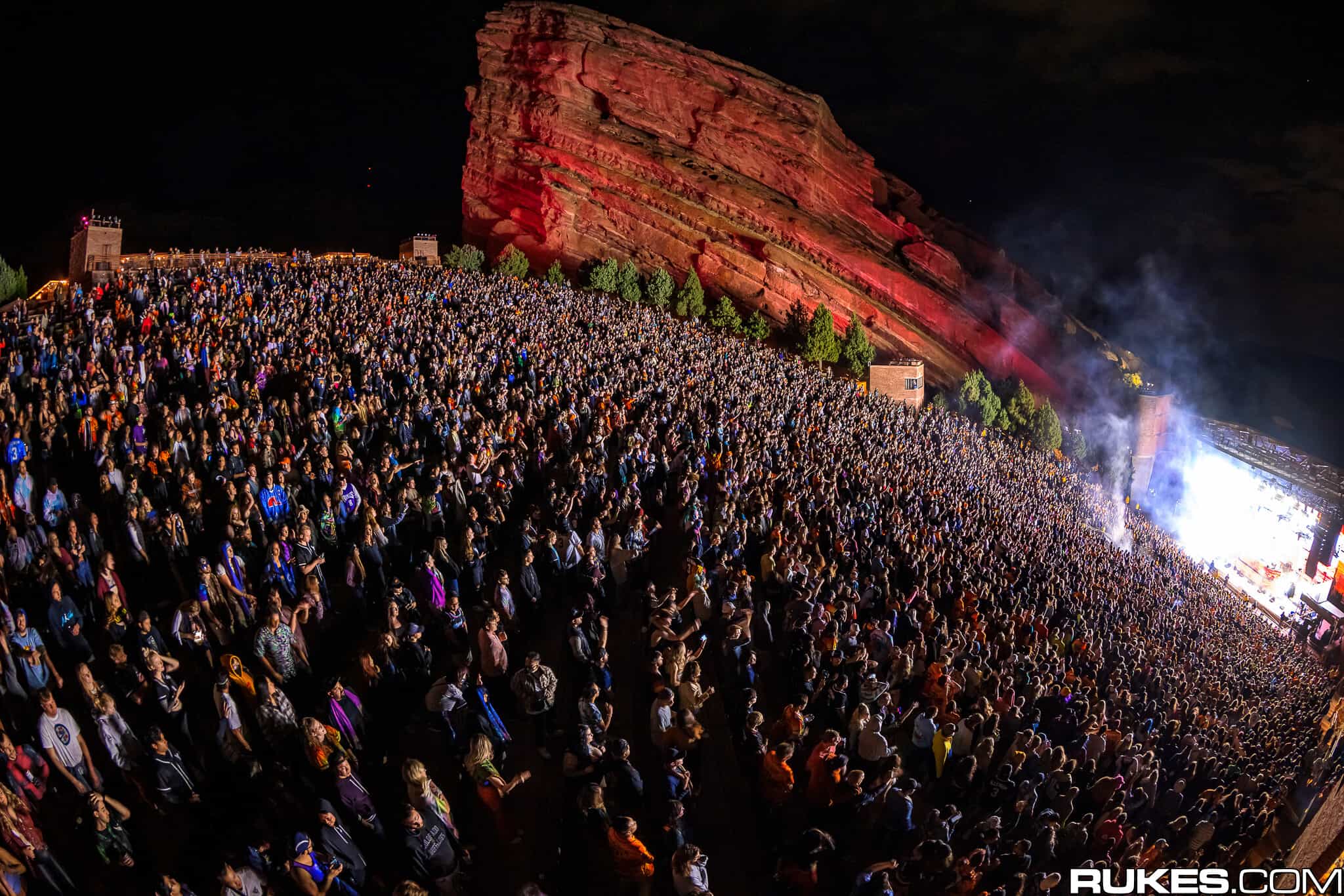 Everyone knows that Red Rocks Amphitheatre is one of the most iconic venues in the entire world, not just to electronic artists but across the entire music spectrum, and it has just cemented its legendary status further in a special way by becoming the most visited music venue in the entire world for 2021.

In a year-end report by Billboard which reports on the top venues, top tours, top promotors, and more of the year, Red Rocks beat out stadiums and other iconic venues such as Madison Square Garden in New York and the O2 in London. Nearing a total of one million visitors this year across all of their events which has hosted the likes of Kygo, ZHU, Alison Wonderland, and many others this year, their total visitor number boasts a whopping 996,570 which doesn’t even come close to other venues even being in the same proximity as these numbers with Bridgestone Arena being the second highest amount of visitors at 271,597.

Reacting to this incredible feat, Red Rocks posted on Instagram:

“We knew we saw a lot of you this year, but most attended venue of any size, anywhere in the WORLD in 2021? That’s what @billboard is saying at least 🤯 We couldn’t be any luckier, especially on our 80th birthday year. This is truly a tribute to dedicated artists, promoters, staff and of course YOU, our fans. Red Rocks is a special place, and every person who steps on stage, serves a drink, greets a customer, or buys a ticket deserves to celebrate 🎉 We’re coming for ya 2022!”

Have you ever been to an event at Red Rocks before? To view the full 2021 Year-End Boxscore Charts by Billboard, click here.