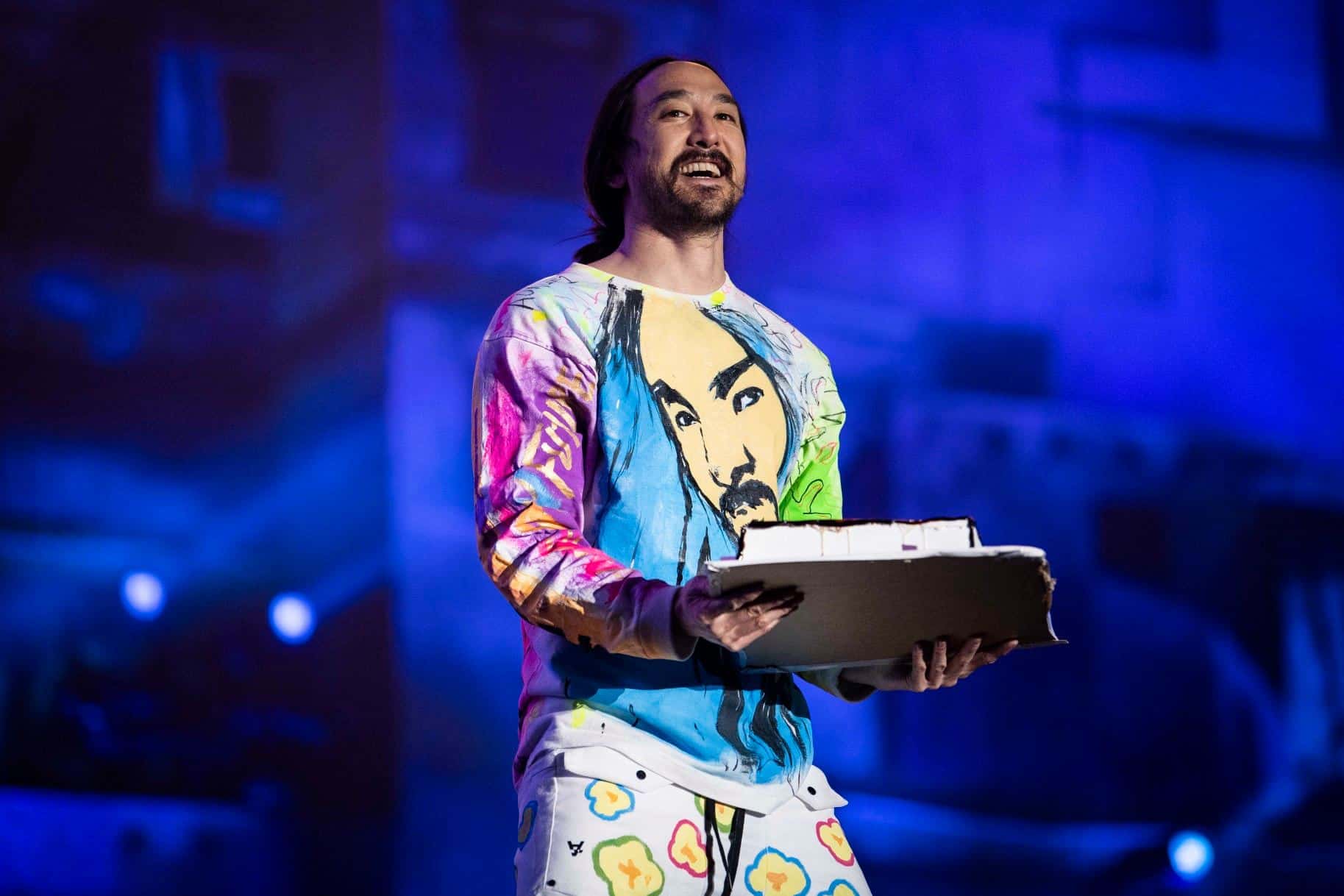 EDM giant Steve Aoki has undoubtedly had some of the most interesting collaborations in the game, with last year’s ‘Neon Future IV’ containing a guest list that ranges from rock superstar Sting to one of South Korea’s biggest groups. His new single, ‘Stars Don’t Shine,’ is no different. Working with budding rapper/songwriter Global Dan (whose CV includes guest appearances for G-Eazy on ‘Wasabi‘ and Lil Skies on ‘Moving On‘), he creates a high-energy party anthem that’ll have you longing for the club.

The track is just as spaced-out and colorful as the music video that accompanies it. Global Dan’s processed vocals and dynamic, passionate delivery provide a captivating foil for Aoki’s huge soundscape. The synths, fuzzy throughout but more understated for the verses, build and build until they culminate in an utterly euphoric drop. The lyrics paint a picture that will be familiar to most- “Summer nights, bottles on ice/ Everyone around hanging out by the campfire”. There seems to be a great sense of longing bubbling just beneath the surface, but the playful feel and joy of the message (“Party til the stars don’t shine here”) makes the song feel far more uplifting and problem-free than melancholy and wistful. The drums are pulsating, the bass is pounding and relentless, and the result is an instant pick-me-up of a song. You won’t be able to listen to ‘Stars Don’t Shine’ without immediately getting pumped up and ready to hit the dancefloor.

Aoki has been busy since his latest album dropped in April of last year, and is currently on tour with an appearance at Saudi Arabia’s MDLBEAST Soundstorm festival on the cards. He’s due to end 2021 with a New Year’s Eve show at Omnia Las Vegas.

Wanna check out ‘Stars Don’t Shine’ by Steve Aoki and Global Dan? Click here to listen to the new single on your favorite streaming service and stream it below.