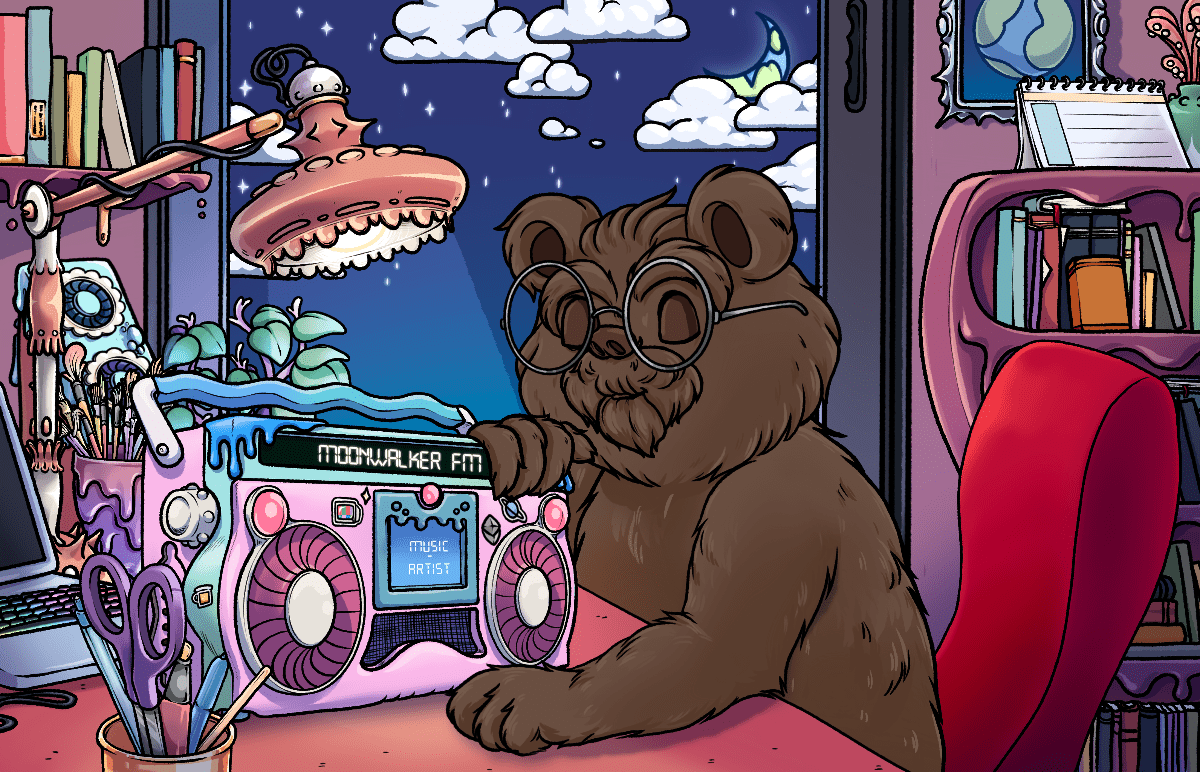 Emerging as yet another successful initiative between the metaverse and the music industry, MoonwalkerFM has launched as one of the first-ever NFT record labels of its kind. A truly unique concept in every sense, this latest venture has set out on further connecting artists with their fans, whilst at the same time, looks to ensure that both set of parties can respectively benefit from joining the up and coming hype that surrounds music and the metaverse.

Having sold 33% of their NFTs (non-fungible tokens) in their first two pre-sales, MoonwalkerFM launched the third round of its sale at the exact same time that was opted for the launch of ‘Season 0,’ the debut season of music releases that is directly related to the metaverse. With this in mind, the distribution of the chosen NFTs was separated in ‘rare’ and ‘non-rare’ collector items, with a total of 100 NFTs linked to 50 lofi hip-hop songs that have kick-started this endeavor. Adding further incentive towards the buyer, a variation of passive rewards will emerge in regard to how successful their chosen song has been, with rare NFTs receiving 30% of the rewards and common NFTs receiving 15% of the rewards.

Looking to pioneer the transformation of NFTs, MoonwalkerFM has further indicated the significance of initiating such concepts, and in turn, has created an environment in which artists can once more benefit from the live entertainment industry, as well as ensure that a much larger bond has been implemented with their fans as opposed to just sharing the music that they have produced. With each NFT holder being the prime owner of a unique NFT image encrypted in the blockchain, they will also be able to boost about the fact that a specific song of their choice is also connected to their chosen NFT, with each song and its genre varying with each ‘season’ launched by the record label.

“We started MoonwalkerFM with the goal of supporting artists. That’s why we give a new and fair setup for artists to earn an income, while at the same time give fans the opportunity to be part of a song’s success as well.” – Jelmer Rotteveel, Co-Founder at MoonwalkerFM

Arriving at a time where artists have been hit hard by the global pandemic, this innovative record label has all the attributes of restoring revenue profits in the most unique of ways, but even more significantly, MoonwalkerFM have described themselves as the “start of a direct line of communication from fan to artist – one in which both parties benefit.” Changing the world as we knew it, one NFT at a time, we can’t help but feel excited for each of the opportunities that are presenting themselves within the metaverse. A progressive and dynamic project in every sense possible, be sure to check out MoonwalkerFM’s official website for any further information on this latest metaverse and music connection.

Public Sale is now live
The public sale for MoonwalkerFM is now live. As previously mentioned, in the first collection of NFT’s, a total of 1,500 will be minted. So far, more than 33% of the NFT’s have been sold in presale, leaving only less than 1,000 NFT’s left for music fans to scoop up. For purchase – people need to connect their Metamask wallet to the MoonwalkerFM website and hit the mint button. Register through the website, or join the Discord and follow @moonwalkerfm on Twitter to stay updated.