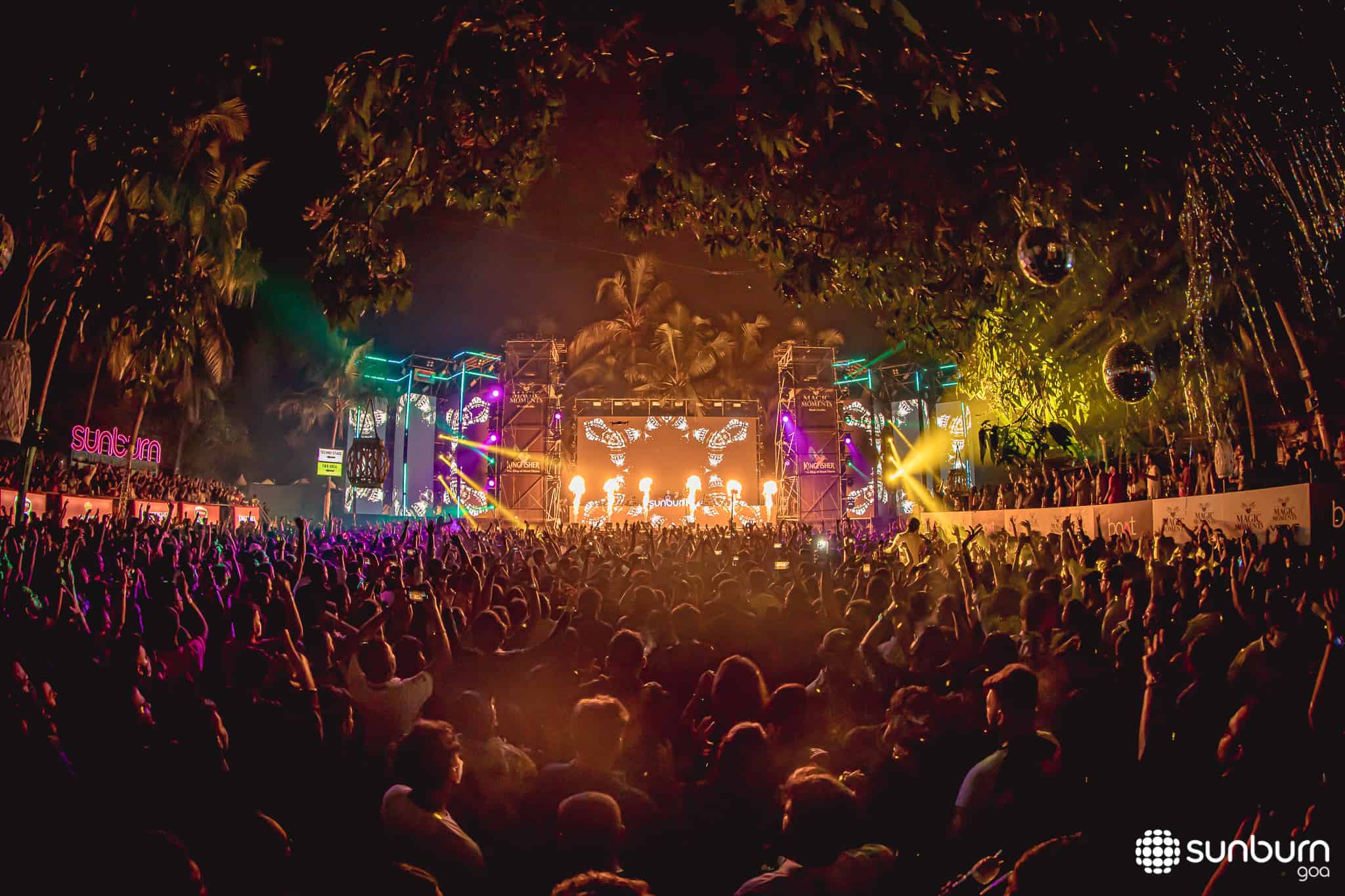 Closing off 2021 in style, India’s largest electronic music festival Sunburn justified its solid reputation as it returned for its 15th edition from December 27th – 29th. Organized by Percept India, the festival initially faced a lot of obstacles from the authorities as well as the ever-present covid-19 pandemic, where the rise in the number of omicron cases almost proved out to be a major scare for the event. But the efforts of the organizers and the safety measures they implemented really paid off as the Sunburn 2021 will go down in the record books as a huge success.

Having switched to a limited capacity event, Sunburn 2021 moved to Hilltop, Goa for this edition instead of its default location. Embracing the idea of an event graced with multiple stages for lovers of different genres, Sunburn showcased their underground project Solaris for the first time at their flagship event, thus indicating that the festival has evolved for good over the years. The Solaris stage was headlined by the likes of Deborah De Luca, Ben Klock, and Woo York. The iconic duo of Vini Vici played out some jaw-dropping psytrance bangers on Day 1, and while the absence of KSHMR due to covid was a huge setback, the situation was well handled by Divine and Raja Kumari who collectively headlined the main stage on Day 2. Armin van Buuren‘s return to India after almost three long years brought the festival to an exemplary conclusion on Day 3.

Well, don’t just take our word for it, go check out the day-wise highlights from Sunburn below –