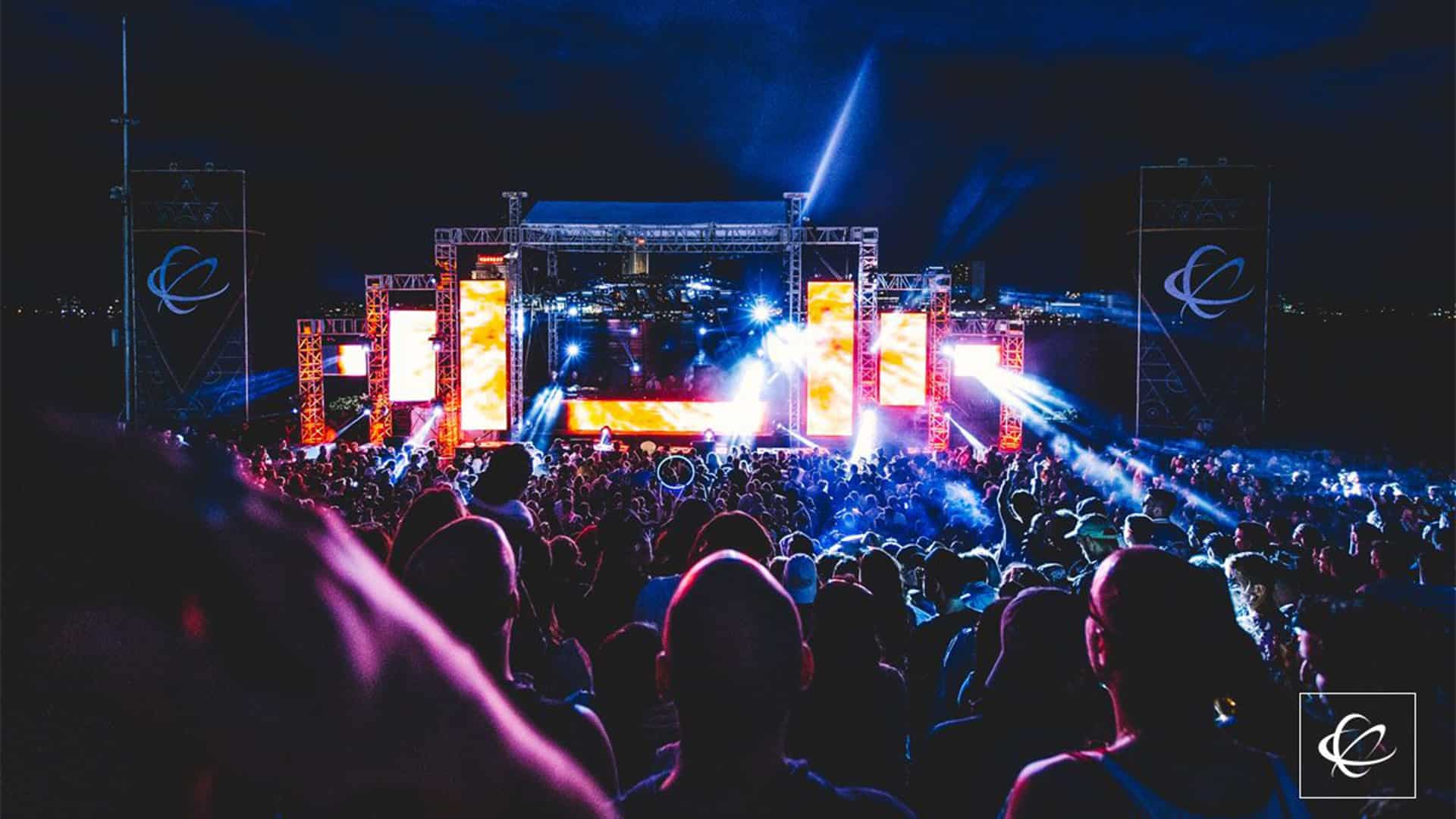 Paxahau, the producer of the Movement Music Festival have prepared a heavyweight return edition. In the announcement of the teaser lineup for the highly anticipated 2022 comeback, you’ll find some of the techno scene’s most prominent names like Jeff Mills, Richie Hawtin and Adam Beyer. Techno legends gathered in the birthplace of techno in Detroit for three days of the best music. Don’t want to miss it? Movement 2022 3-day and 1-day passes for general admission and VIP are now on sale at the official website.

It is with delight that the industry has been gradually watching the festival comeback announcements. Even before the big summer festivals, there are plenty of other inviting dates to hold a great music event.

The Movement Music Festival is one of techno fans’ most cherished events. Traditionally held on Memorial Day weekend, this is one of the longest-running dance music festivals in the world, gathering annually, and increasingly, thousands of techno lovers of various generations. In its history, it has established itself as a unique musical experience and an important showcase for new music. This year, and after the forced pause by the pandemic, the Movement Music Festival returns to Hart Plaza, Detroit’s legendary riverfront destination, on May 28, 29 and 30.

The organisation hasn’t revealed much yet, but what’s known is already of the utmost excitement. This year’s Movement Stage headliners will include acclaimed pioneer Jeff Mills, the legendary Richie Hawtin, and Drumcode boss Adam Beyer. The return to Movement of techno producer and composer Jeff Mills will feature a special performance honouring the 30th anniversary of his iconic label Axis Records.  On the importance of this festival in the dance scene, Mills says:

‘Of all the places I’ve travelled to and audiences I’ve played music for, Detroit is still the city that remains the barometer of advanced creative knowledge and technique (…) It’s special because of what the long list of native Detroit musicians that have contributed to the world of music. It’s a place that is infamous for proposing new ways and ideas as well as a unique and common viewpoint on the future of music. The city taught me to never fear what lies beyond, but embrace it as a means to advance the music art form. I look forward to Movement 2022 – returning back to the city and to the people that taught me and the World everything.’ 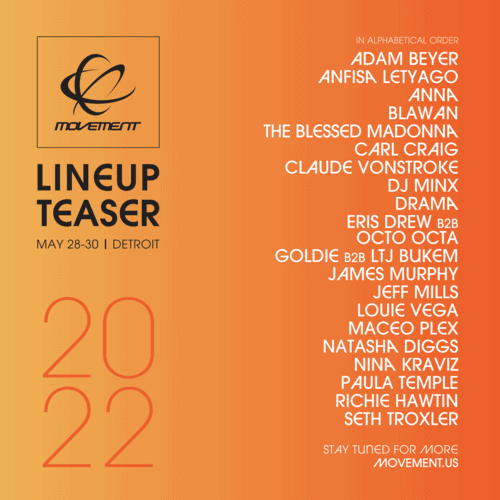 But the names don’t stop there, in fact, this massive teaser includes 20 performances from other adjacent genres. In an absolute first together, UK drum and bass artist Goldie and LTJ Bukem will deliver a unique b2b set. In addition to rising stars such as Anfisa Letyago, there will also be well-known names such as The Blessed Madonna, ANNA, Louie Vega, Seth Troxler, Maceo Plex and many more.