Following his return to the Ultra Music Festival Miami main stage for his first performance since 2018, Hardwell has just announced a brand-new world tour, which will be accompanied by a brand-new album, ‘Rebels Never Die’.

On September 7, 2018, Hardwell announced an indefinite hiatus from touring to focus more on his personal life, with his last show being at the Ziggo Dome in Amsterdam alongside the Metropole Orkest Symphony. He did assure fans in his emotional, final moment on stage that he would be back; words cannot describe the excitement across the industry right now. The timing could not be more perfect; it’s been almost ten years since he performed one of the most electrifying performances at one of the most influential electronic music events in history.

Revealing a new show with a new sound, alongside announcing a 24-date world tour supporting his new album, ‘Rebels Never Die’, Hardwell used his Ultra return to mark a new era in his career. The new album is set to feature a whopping fourteen tracks, with two tracks, ‘Broken Mirror’ and ‘Into The Unknown’ featured on his website as what appear to be the lead singles.

The brand new Rebels Never Die world tour is a large-scale production concept that will give fans a unique multi-dimensional experience to witness Hardwell perform live on stage once again. Throughout 2022, the Rebels Never Die album tour will see Hardwell on the road with twenty four dates booked on the biggest stages across the world, including major festival appearances at Ultra Europe, Tomorrowland, Untold and Creamfields.

It was quite the shock in 2018 when Hardwell announced that he was stepping away from the touring life, but after releasing over 120 singles, 80 remixes, an artist album, 11 compilation albums, 2 documentaries, performing 2 arena world tours and countless other international headline performances, whilst it was his lifelong dream, he felt the need to step away and focus on his personal life.

Tickets for the Rebels Never Die world tour will be available to purchase from Tuesday March 29; more information regarding dates and tickets can be found here, or down below. 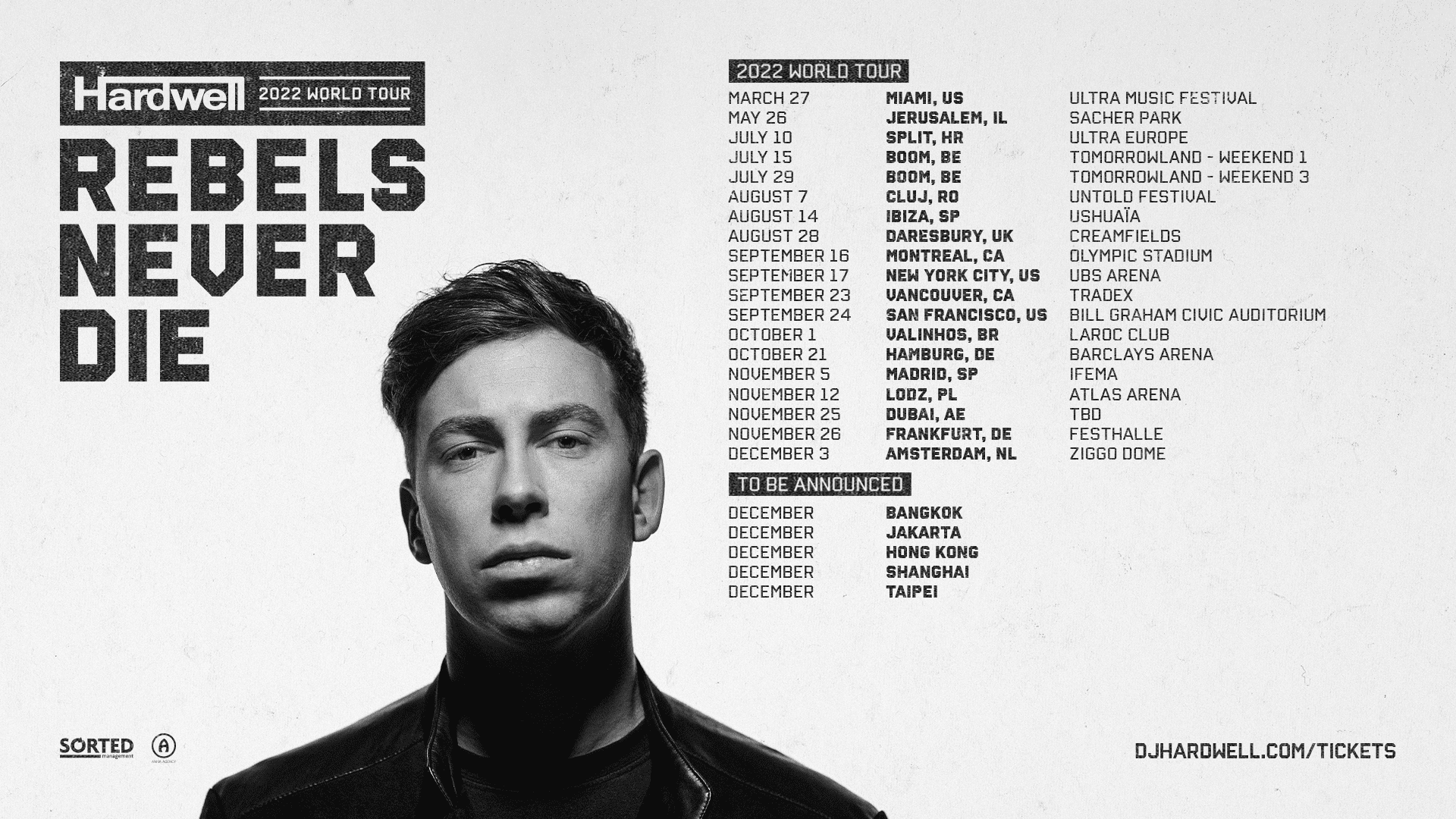