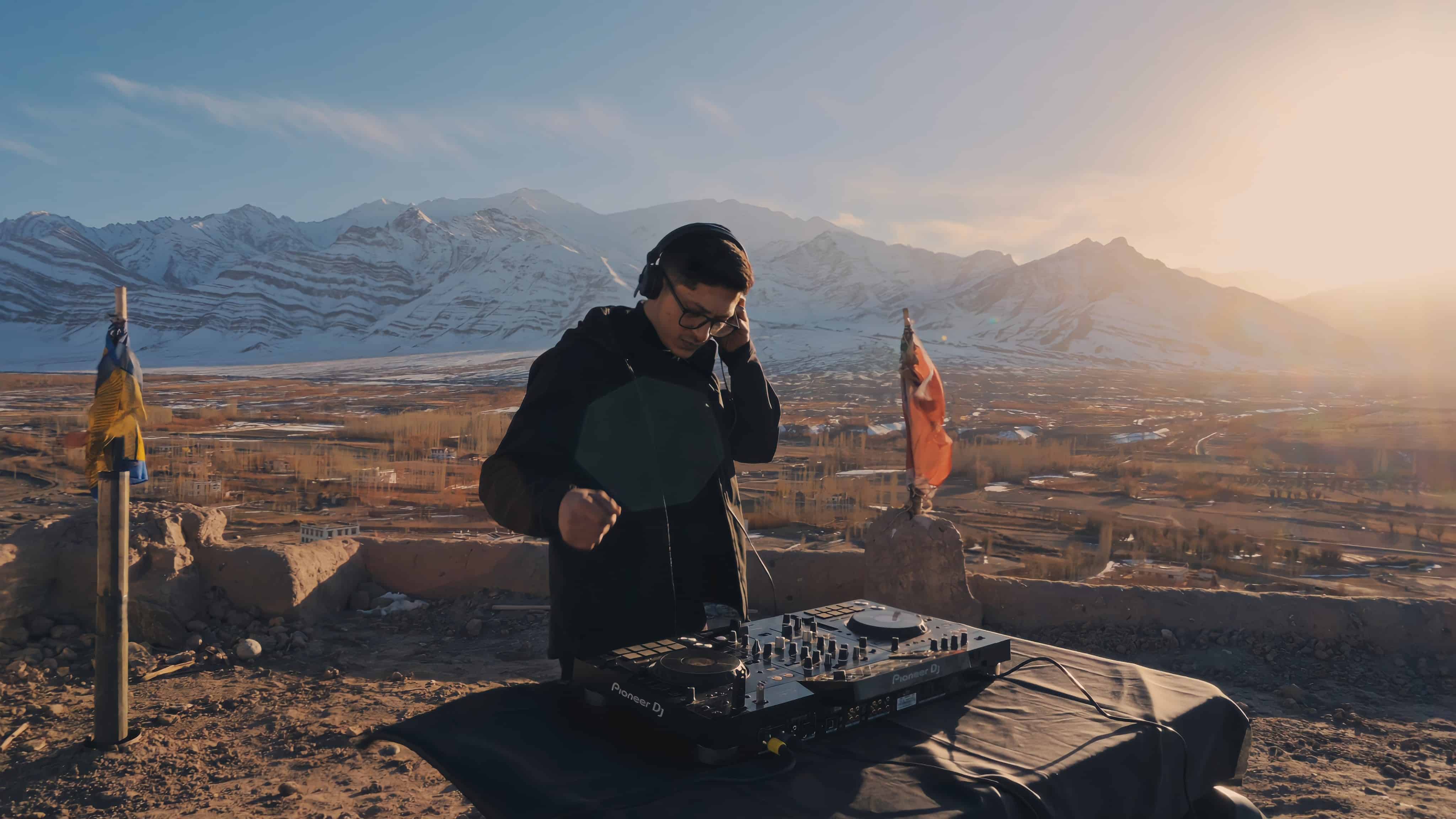 Exploding onto the scene, young DJ and producer Kaamin is someone looking to make a serious difference to the electronic scene, and he is already succeeding by the looks of his recent endeavour. Taking to the breathtaking Stakna Monastery in Ladakh, India, he showcased exactly what it looks like when stunning views collide with heavenly melodies.

Being an incredibly important site, the Stakna Monastery is a Buddhist monastery, where the word ‘Stakna’ refers to ‘tigers nose’, given that name as it is situated on a hill shaped like its namesake. To perform a set on such a monument like this is a huge feat for any artist, and Kaamin has created pure magic. With his larger-than-life melodic soundscape filling the air, it makes for a set that is already looking to be one of the highlights of 2022 for anyone who loves nature and melodic techno & breakbeat tracks.

With 90% of the setlist formed from Kaamin originals, it not only provides something pretty to zone out to as you forget the world around you, but it also allows the world to get to know the upcoming producer and what his sound is. Five tracks featured in the tracklist are originals of his own such as ‘Morning Sun‘ and ‘Inside My Arms‘, the rest being unnamed, which are all expected to be released later this year as he sets himself up for one unforgettable 12 months. With this set, it kickstarts the Hideout series. The Hideout series aims to show off locations unknown to others, to highlight their beauty against a backdrop of melodic techno goodness and allow fans to explore the world with him.

Recorded during the sunset at -10 Celsius, it sure looked cold but the warmth of the productions are there to sooth the soul. Complete with sweeping drone shots, what’s more to want? Watch the set below, and keep an eye on Kaamin as he begins his journey to total musical domination from here on out.