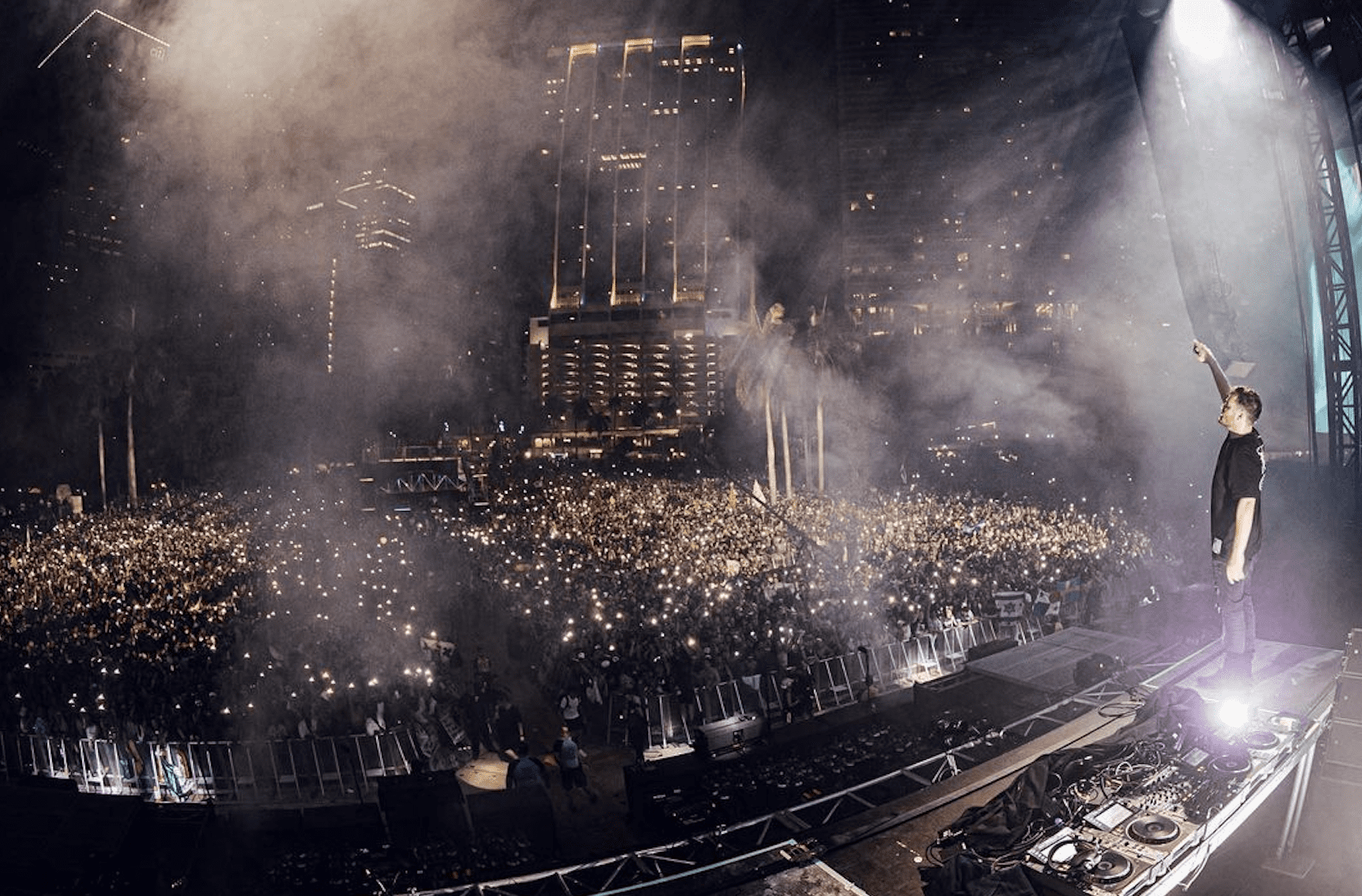 In what is Ultra Music Festival Miami’s big return since 2019 due to the Covid-19 pandemic, Martin Garrix has taken the night of day one of 2022 by storm, delivering his sixth and one of his greatest Ultra sets to date.

His iconic ‘plus’ logo also donned the Ultra main stage (which he has also brought out for other festivals such as Creamfields, EXIT and Tomorrowland) for the second time, which only added to the enormous main stage; the LED screens, the production and lighting raised the bar yet again on previous years’ main stage designs.

Playing after Alesso and before Kygo is quite the honour, and Garrix was undoubtedly the right man for the job. He played many brand-new IDs of his, which are rumoured to be collaborations with the likes of Brooks, DubVision and Matisse & Sadko. This set ticked many boxes in terms of the old and new balance, with fan favourites such as ‘Tremor’, ‘Animals’ and ‘Like I Do’ getting a spin amongst many others. Garrix also dropped his most recent release and collaboration with Zedd featuring the vocal work of Emily Warren, ‘Follow’.

All throughout the livestream, many Garrix fans were shown waving their flags or flaunting their t-shirts, going absolutely crazy during his set. Despite Ultra being one of the biggest festivals in the world (and with no disrespect to other artists), Garrix made the place feel as if it were his very own show. It’s also worth pointing out the fact that this is Garrix’s first time back at Ultra’s true home Bayfront Park since 2017; he didn’t feature on the 2018 bill, and the 2019 festival took place in Virginia Key. The significance of Ultra Miami within the electronic community is profound; it’s amazing to see the festival’s return after the hardship which Covid-19 has caused.

You can watch Martin Garrix’s 2022 Ultra Music Festival Miami set down below, be sure to let us know your thoughts!