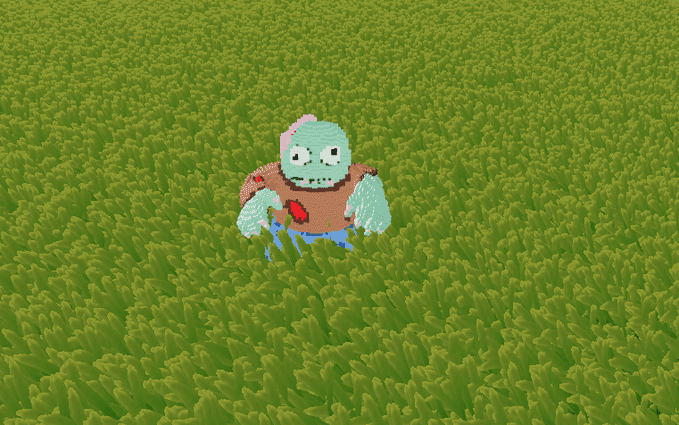 Pixelmon raised $70,000,000 from the community just to reveal a “horrible mistake”

Pixelmon was founded by Syberer, who made large claims about his future game’s fantastic-looking 3D visuals. Pixelmon was able to sell out, resulting in $70,000,000 profit. After much anticipation, the reveal of the graphics for the Ethereum NFT gaming project has gone viral on social media. Pixelmon collectors have transformed the reveal into a laughingstock on NFT Twitter and Discord.

😂😂😂 @pixelmon 😂😂😂
~ Expectation vs Reality
~ The importance of DYOR pic.twitter.com/x3ElUe9Q31

Pixelmon is a virtual world game, in which gamers are able to gain additional NFTs by capturing creatures of all shapes and sizes in the game and then selling or trading them afterward. Collectors paid 3EtH which is equivalent to 8,766.83 USD. The so-called @Syberer has begun this Pixelmon project with only a Twitter account and a website, with no indication of his identity. And still profited $70 million, which is either terrifying or inspirational, as OKhotshot described it. OKhotshot, an on-chain analyst, spent a lot of time investigating the project’s issue and the identity of Syberer Pixelmon’s founder. It was revealed that the founder has previously mistreated communities from other NFT projects and founded companies where consumers never got their products. Read the full OKhotshot thread for more information here.

The Pixelmon creator expressed his worries on Twitter, admitting that he made a “horrible mistake” and apologized for underdelivering. However, Syberer also noted that the reveal was intended to be the same as the previews, but they had to downscale the 3D image due to OpenSea’s limitations.

This is what the NFTs look like in-game. OpenSea has limitations to their 3D compatibility so we had to continuously downscale this (in 3D) to fit what they could handle

And so, some look a shitty game from the 90s right now and do not reflect what they look like in game pic.twitter.com/tfKgLdriBw

Syberer stated that he will proceed with the Pixelmon project, claiming that it is not a Rug project because Pixelmon is cooperating with a respectable studio, Magic Media Studio.

“Right now, the lives of my team and family have been threatened. As a founder, I will be fully transparent about everything that has happened. I have never had any ill-intention. We will not rug. We are partnered with a reputable studio.”