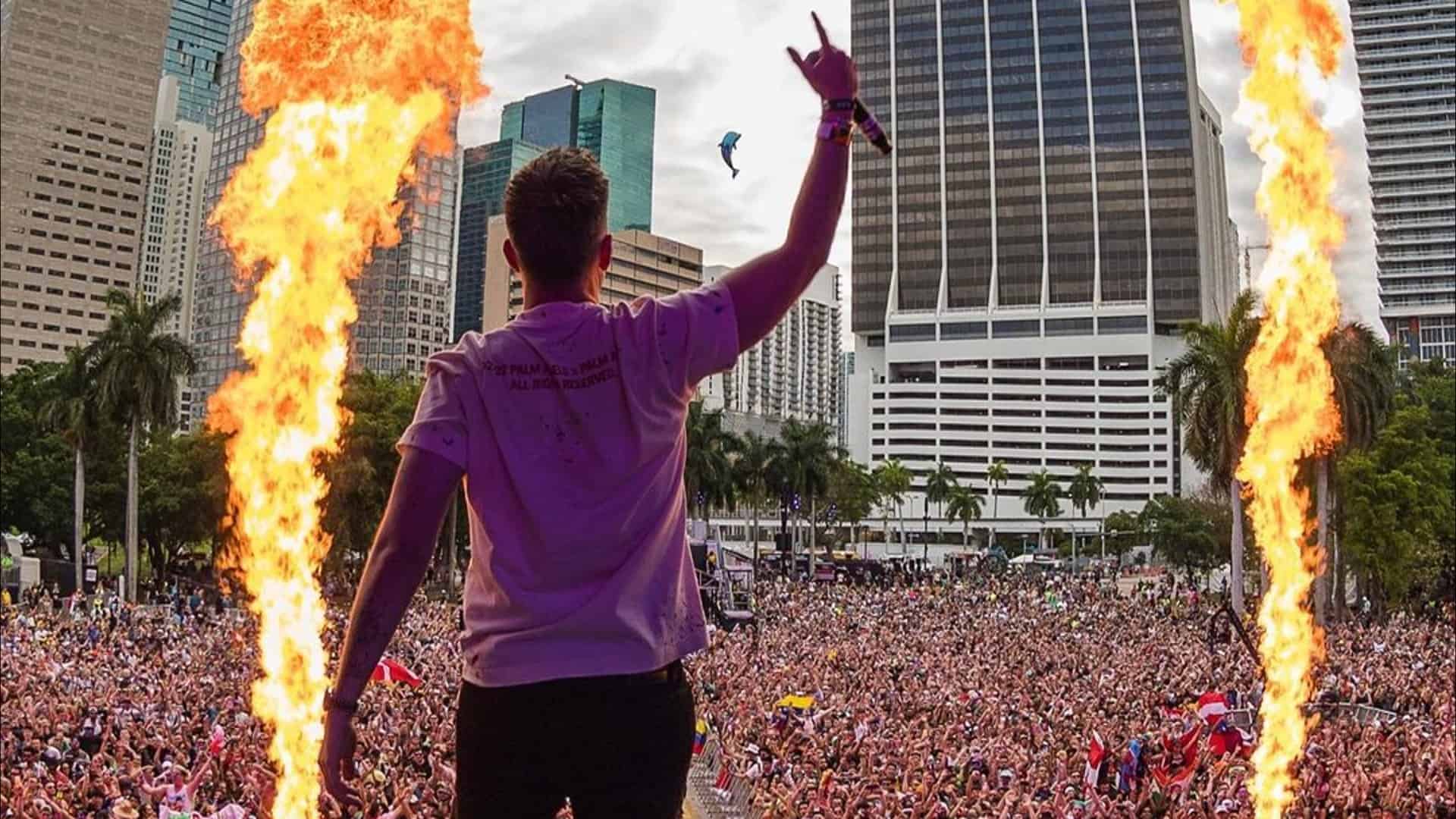 Nicky Romero brought all the heat to the mainstage at Ultra on Friday, March 25th to kick off the insane weekend.  This is the first time the festival has resumed in over two years due to the COVID-19 pandemic and Ultra Miami’s lineup did not hold back.  The Friday night group of DJs included Martin Garrix, Armin van Buuren, Svdden Death, Vini Vici and so many more.

Romero was slated to perform in the early evening on Friday and boy did he set the tone for the next acts that would follow.  He opened up his set with an unnamed ID that led quickly into his song with Almero entitled ‘So Much Love’, out on his record label Protocol Records.  He then transitioned into a seamless mashup of Sean Paul‘s ‘Temperature’ and Benny Benassi’s iconic track ‘Satisfaction’ that got the crowd moving.  He went on to include vocals from Whitney Houston‘s ‘It’s Not Right But It’s Okay’ and a few other mash-ups including tracks by Diplo, Sonny Fodera, Dua Lipa, and Da Baby.  He also made sure to throw in a handful of other ID’s from himself and others who have not been named as of yet.  Romero closed out his set by playing one hell of a track that consisted of his unforgettable song with Avicii ‘I Could Be The One’ and mixed it with Martin Garrix, Matisse & Sadko, and Alex Aris‘s track ‘Mistaken’ to solidify the crowd and leave them in utter awe.

Relive the Nicky Romero set at Ultra Mainstage below: