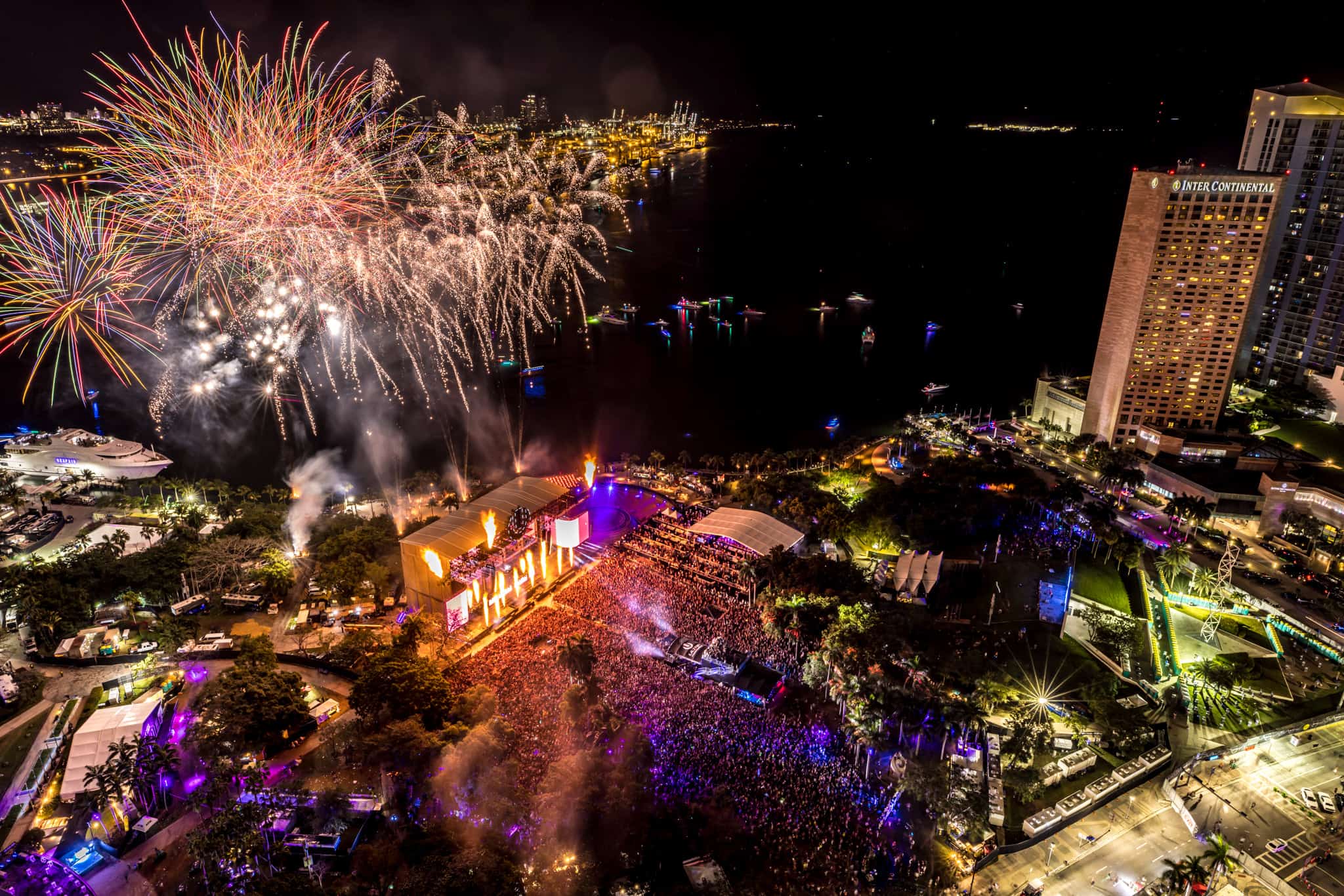 After following an unforgettable day one of Ultra Music Festival that welcomed back thousands of attendees to the historic grounds of Bayfront Park, the fest moves on to day two for what should be another monumental day. The gates are officially open in downtown Miami, and as fans make their way in, Ultra has released its live streaming schedule for day two for those who are unable to attend.

It is a star-studded day with an amazing lineup of featured artists. With Trance, Big Room, heavy bass, house music and many other genres, those watching from their computer screens will be well entertained. The day begins with Mykris at 4:05 pm EST. Following him are Wax Motif, Jeffrey Sotorius, Slushii and Sam Feldt. Later in the afternoon, the stream will head over to Resistance to showcase Dubfire at 5:15 pm EST and then will head back to the main stage for Tchami and then Oliver Heldens.

As the night begins to fall, we will start to see an even more vast array of acts. Ultra will feature Gareth Emery on the Live Stage as he provides his “Analog” experience, and then the stream will showcase two legends of dance music as Tiësto takes the main stage and then following him is Afrojack. Fans watching the stream will then be treated to two unique performances by Black Tiger Sex Machine and Jauz B2B with NGHTMRE. Then as the end of the night begins to approach, Ultra will feature one of the most anticipated shows in its entirety as Illenium will close out the main stage starting at 10:45 EST. The show is rumored to feature multiple new tracks and many surprise guests. It will be a can’t miss. Finishing out the stream will be another historic group, Knife Party, as Ultra will showcase the final moments of their set at midnight EST.

Don’t miss any of Ultra as it is promised to be full of surprises. Check out the entire streaming schedule for Ultra day two below. 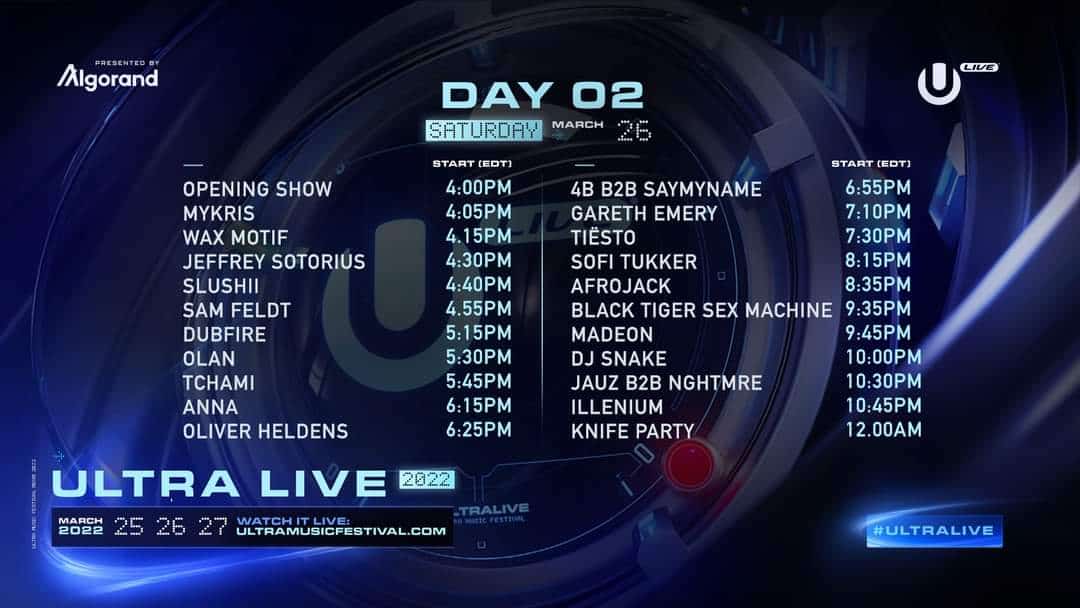