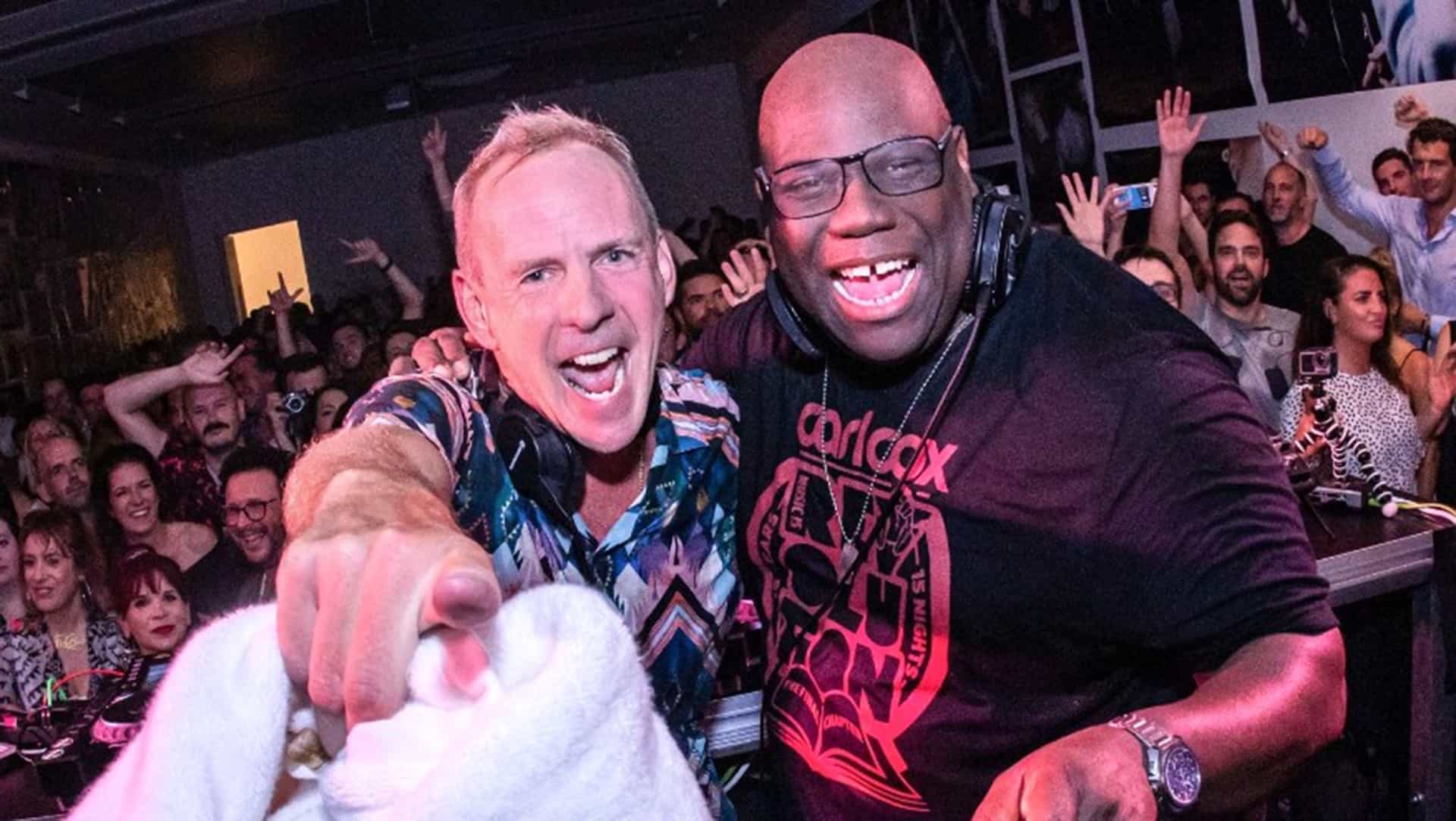 When two titans of music collide, the ground shakes, the gods celebrate and the release list gets richer. UK electronic music super legends Carl Cox and Fatboy Slim are the protagonists of a powerful junction that resulted in the energetic acid belter ‘Speed Trials on Acid‘, out now via BMG.

Separately they are masters of a unique style that makes them two of the biggest icons in electronic music today, both being highlighted in every chapter of the troubled history of dance music. Owners of a delightful friendship, Carl Cox and Fatboy Slim have been colleagues and great friends for years. Their personal chemistry is faithfully translated into their music and is evident in this new single. They are both energetic and passionate artists, something that is clear in their performances. They seem to have their hearts directly connected to the mixing desk, a power that few other than them can transplant to studio productions. Speaking of passions, techno king Carl Cox has never hidden his for speed and the racetrack being the owner of Carl Cox Motorsport. The racing analogy is well espoused in ‘Speed Trials on Acid’, not only in the name but also in the concept, as the track seeks to explore car racing and how fast you can get from point A to point B.

‘Speed Trials on Acid’ also features a collaboration with Dan Diamond, a talented singer and poet. The spoken word artist had shared a few days ago on social networks a snippet of this track being played by Cox in his exuberant performance at Ultra Music Festival, with a caption that reflects the importance of this release for Carl Cox:

‘This is so special to me. I’ve been waiting for this for 25 years’

‘I am you, and you are me‘ is how this track begins, exposing Dan Diamond’s ponderous voice and his talent for professing strong messages. To the vocals is added a percussion feast, much like Cox’s style, and it’s almost possible to see him dancing frantically between faders and pads. It’s house, it’s techno, it’s timeless energy that infects you after the first moments. The rhythm is breakneck, upbeat, stretching between the passionate notes of the piano and the hysterical beats of the hi-hats. The madness gets out of hand with Fatboy Slim leaving his sonic signature. The 303 acid elements complement the track brilliantly, making it a true unicorn without age, gender or moderation. It’s truly ‘Speed Trials on Acid’.

The new single is a rework from Carl Cox’s upcoming new electronic live project also to be released by BMG. The publication made by Dan Diamond also teased a potential participation in Cox’s upcoming project. You can wait for more but until then, listen carefully to this powerful track that could well be the soundtrack of this summer.