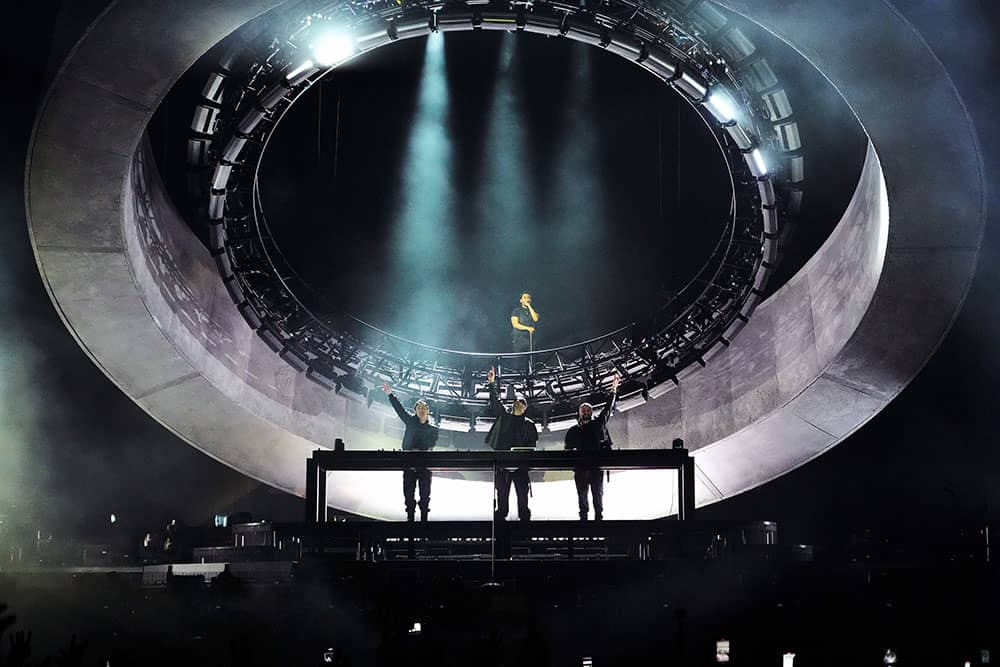 As we have just crossed over the 24-hour mark since the conclusion of the first weekend of Coachella 2022, everyone is still buzzing over what was a monumental day in the festival’s history. There is nothing else to say other than that every performance was nothing short of spectacular, and with that came another successful day of Coachella’s exclusive live stream on YouTube.

“Front Row Coachella” transported fans all over the world from their couches to the desert of Indio, California. Featuring exclusive behind-the-scenes interviews from artists and presenting some of the highest quality streaming of performances that any festival has seen, “Front Row Coachella” might have very well been “the best seat in the house.” And while this entire first weekend was one for the history books, it was day three that really made its mark.

The day included some of the very best performances on the entire lineup. With shows by FINNEAS, Run The Jewels, Karol G with a surprise appearance from Tiësto, Jamie XX, Duke Dumont, Denzel Curry, Doja Cat and so many others. However, the set that left most viewers in awe was the closing set on the Coachella stage as Swedish House Mafia made their return as they teamed up with The Weeknd for an all-time Coachella performance.

The great news is if you were unable to catch any of the streaming from this week, Coachella 2022 will be bringing their immersive live stream experience back this weekend starting Friday. “Coachella Curated” will be a can’t miss event as it will include encore performances, artist commentary, mini-docs and much more. But no need to wait until Friday to see more unbelievable moments. You can view highlights of the many acts that took the stage this past weekend on the Coachella YouTube page now.

Check out some of Weekend One’s most talked about moments on Coachella’s YouTube page here.