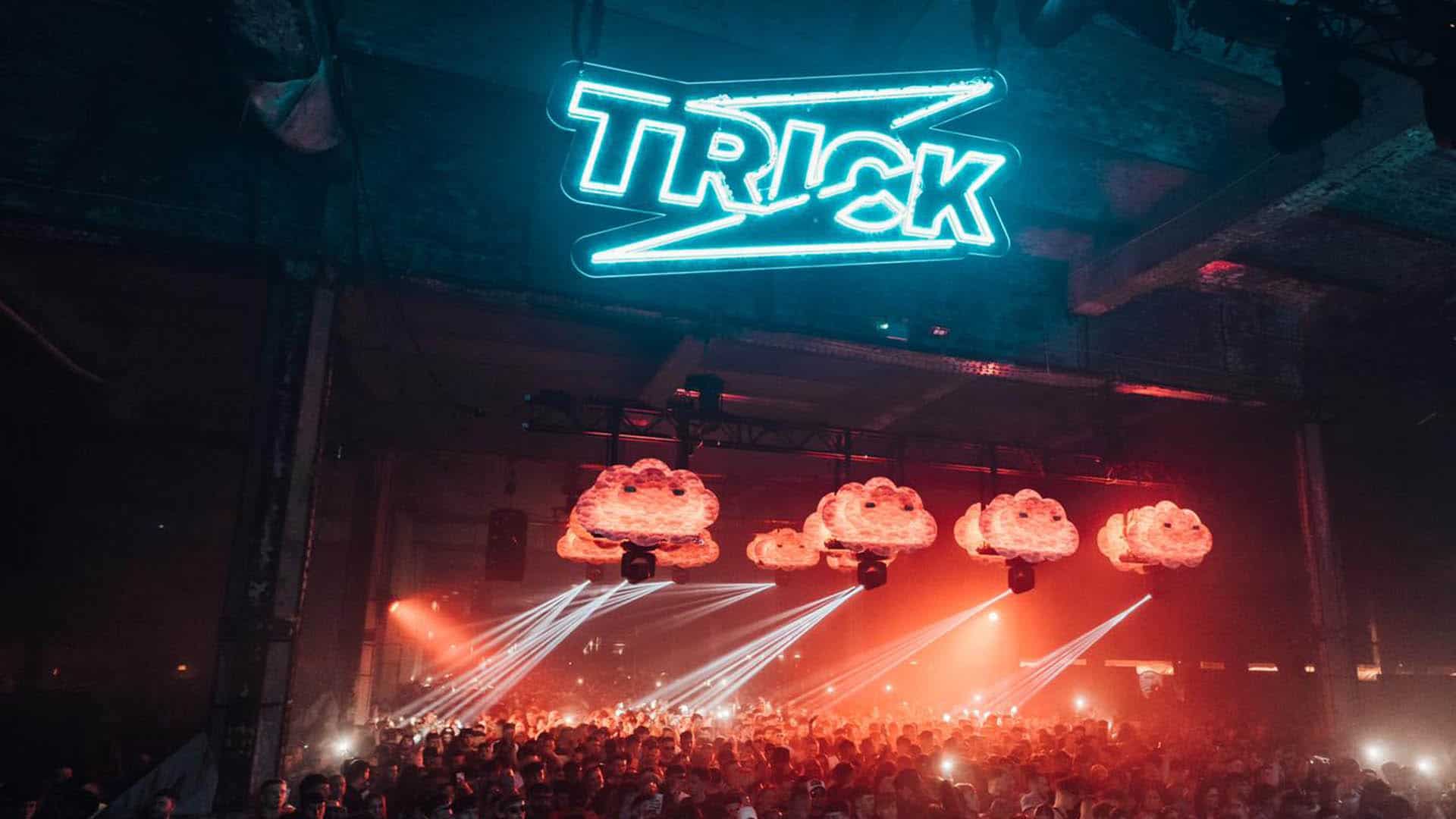 For the first time, Trick will have a residency in Ibiza. Patrick Topping takes his event series and record label to the legendary DC-10 and is not hiding his excitement: ‘being a part of such a legendary venue is definitely my career highlight so far!’

Blessed be summer 2022 for giving Ibiza back all its brilliance. The island is opening for the season and the whole world waits for an invitation to hit the road to one of the most mythical summer destinations. The typical billboards begin to display the faces of your favourite artists and soon there will be bunches of flyers on the streets of the island. One of Ibiza’s most famous venues is the legendary DC-10, which has not held back in announcing its star-studded menu of residencies for this year. Circoloco, Carl Cox, and Amelie Lens‘ EXHALE are some of those already confirmed that are now joined by Patrick Topping‘s label. Yes, Trick has its first residency on the island. Bringing together a luxury panel including some of dance music royalty’s strongest players, Trick nights at DC-10 will take place every Friday throughout July and August. If you don’t want to miss out on what promises to be cracking parties, grab your tickets here now.

Trick has become one of the most in-demand dance imprints on the scene. What started as the embodiment of Patrick Topping’s musical personality quickly became a hub for top talent, the home of the most exciting dance cuts, and a series of successful events. It is therefore natural that the evolution of the brand should take it to Ibiza, the party’s natural habitat. The island is no stranger to Patrick Topping, especially given his presence under the umbrella of other event series in the past, but this time it has a more special flavour as he explains:

‘This is a dream come true for me! To have Trick debut at DC10 feels surreal but also the natural home for us, as I’ve played at the club so many times as a resident for Paradise, since 2013. DC10 is the coolest club on the Island, so being a part of such a legendary venue is definitely my career highlight so far! I’m buzzing the line-up we have managed to pull together too. Key for me was to have a lot of the label represented and as well pulling in some huge and cutting edge guest names, whilst also booking some of the originators of the scene and being diverse and showing off the variety of sounds Trick is about.’

This grand premiere residency kicks off on July 1 and for nine weeks will offer the ultimate weekly thrill until its closing on August 26. The list of names selected by Topping includes some of the biggest names on the circuit, which will fill both rooms of the DC-10 for endless evenings. Eats Everything, Andrea Oliva, Christian Smith, and Dense & Pika are some of the headlining names, joined by many other guests such as Dennis Ferrer, Kevin Saunderson, Denis Sulta, Skream, Ida Engberg, and Nora En Pure. Will you miss it? 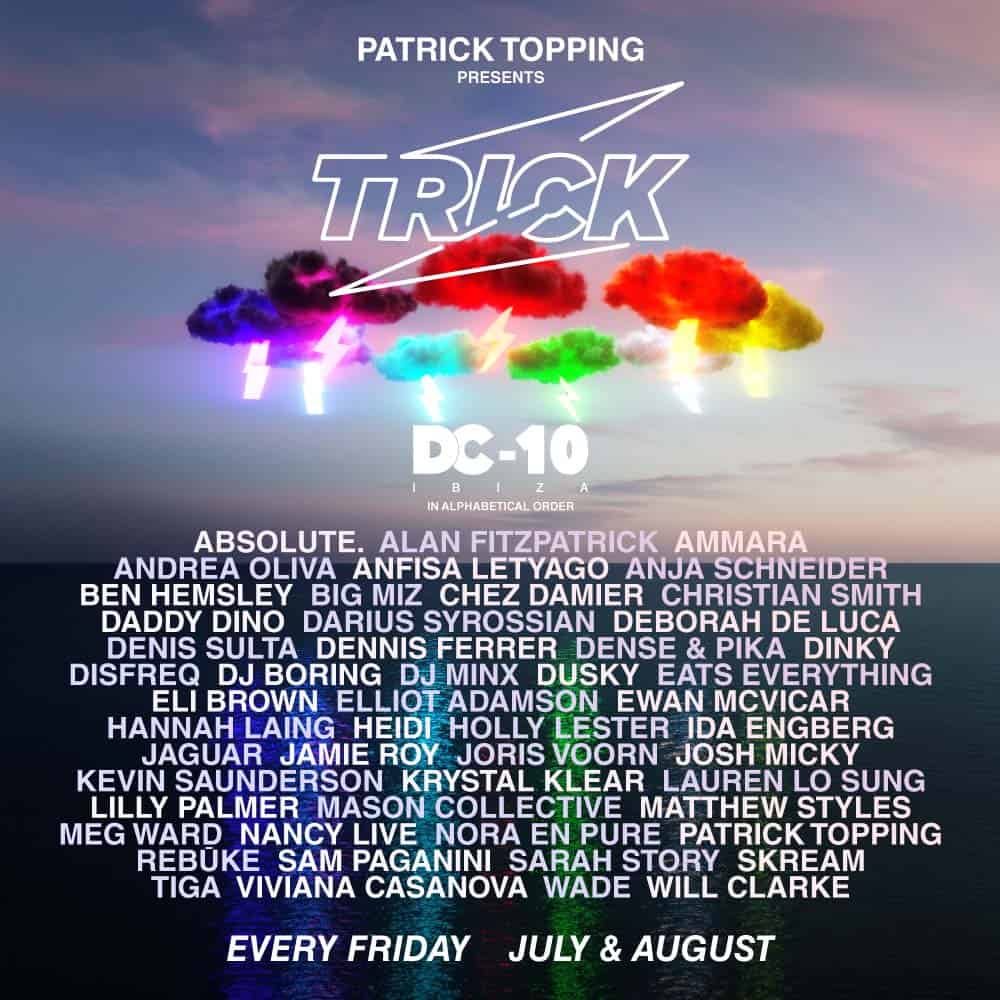