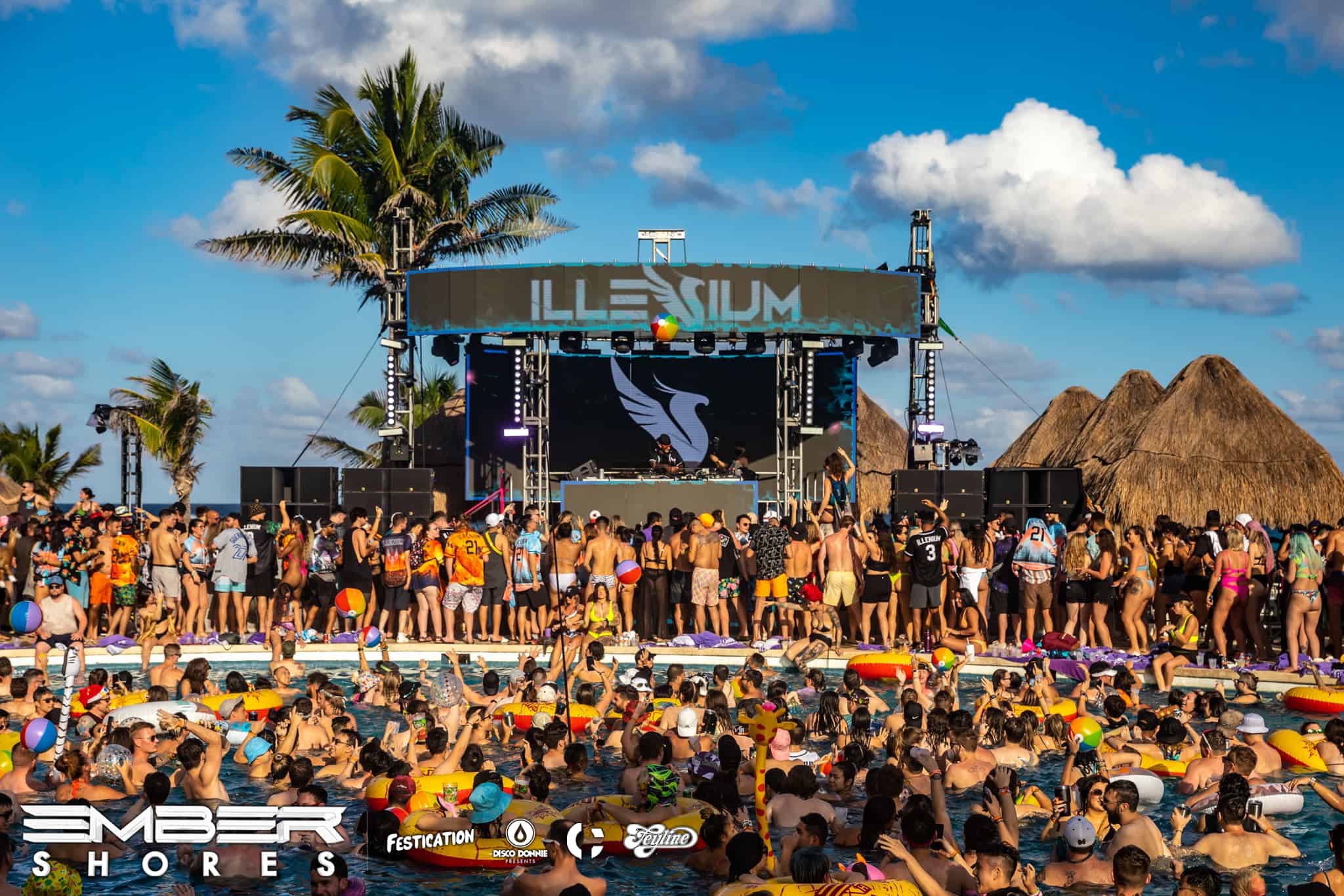 Could not make it to paradise last year but hoping to in 2022? ILLENIUM, Disco Donnie Presents, and Feyline have got you covered as they announce the return of their destination festival Ember Shores. Hosted at the Four Diamond Paradisus Resort and all-inclusive Four Star Fiesta Americana Condesa in Cancún, Mexico, Ember Shores 2022 is about to be the trip of a lifetime for many. Taking place on December 2-4 2022, ILLENIALS from all across the globe will come together once again and share their love for music during this epic festival experience. Last year marked the debut of this inaugural event and it was met with unbridled anticipation, selling out in less than two hours.

In 2021, ILLENIUM’s Ember Shores brought out a star-studded lineup of heavyweights including Big Gigantic and Ray Volpe, Trance titans Jason Ross and Cosmic Gate, and house dynamos such as Dr. Fresch and Golf Clap to keep you dancing all day and night. With over thirty artists on the beaches of Cancún and several surprise sets, ILLENIUM performed seven DJ sets, four being surprise sets as he made appearances at various after-parties and delivered his first-ever festival drum and bass set on the pool stage. This year the festival is expected to be even larger, specifically designed to deliver the highest quality fan experience for all those attending. As the anticipation builds for announcements regarding the lineup, ILLENIUM will be performing three unique sets on multiple stages throughout the three days of Ember Shores, joined by a lineup curated by the legend himself. As ILLENIUM shares:

“This past year Ember Shores was one of my favorite events ever. Can’t wait for the 2nd edition!! See you in paradise!”

Each guest is considered a VIP and the Festication experience reflects that mission. Packages start at $988 USD per person and include a three-night stay at either resort with all-inclusive food and drink (including alcohol), transportation to and from the resort, and access to every show throughout the weekend. Ember Shores also offers add-ons to memorable adventures including catamaran expeditions, tours of Mexico’s famous Cenotes, and several other excursions. For previous attendees, there will be a Loyalty pre-sale on April 18th at 10 AM PT. General Pre-sale will begin on April 19 at 10 AM PT and tickets will go on sale to the general public on April 19th at 11 AM PT. For more information on purchasing your passes, be sure to click here.