Legendary German electronic formation Kraftwerk have big plans for this summer. After announcing a massive 3D live tour in North America at the end of last year, they have now confirmed the addition of three new dates. Tickets for the newly added shows have been on sale since April 1st and can be bought along with the rest of the tour here.

Kraftwerk are probably one of the most faithful synonyms for pioneering when it comes to electronic music. They were innovators in the way they made and conceived music, and electronic dance music owes a lot to them not only conceptually but Kraftwerk have also established a good reputation for themselves. Back then there were no shows like now and live acts were hard to find, but from day one the German group stood out for their performances, fame that spread with the wind and quickly made them an internationally recognized brand. Today they preserve their hegemony and remain one of the most appealing live acts.

Kraftwerk were one of many whose plans were scuppered by the pandemic and in 2020 saw their 50th-anniversary tour canceled. More exceptional than ever, they now present a 3D live tour stretching over 24 dates after the addition of three new ones. This massive North American tour kicks off on May 27 in St. Lois and ends July 10 in Vancouver. If you haven’t got your tickets yet don’t waste any more time, check out all the dates and venues for this tour below: 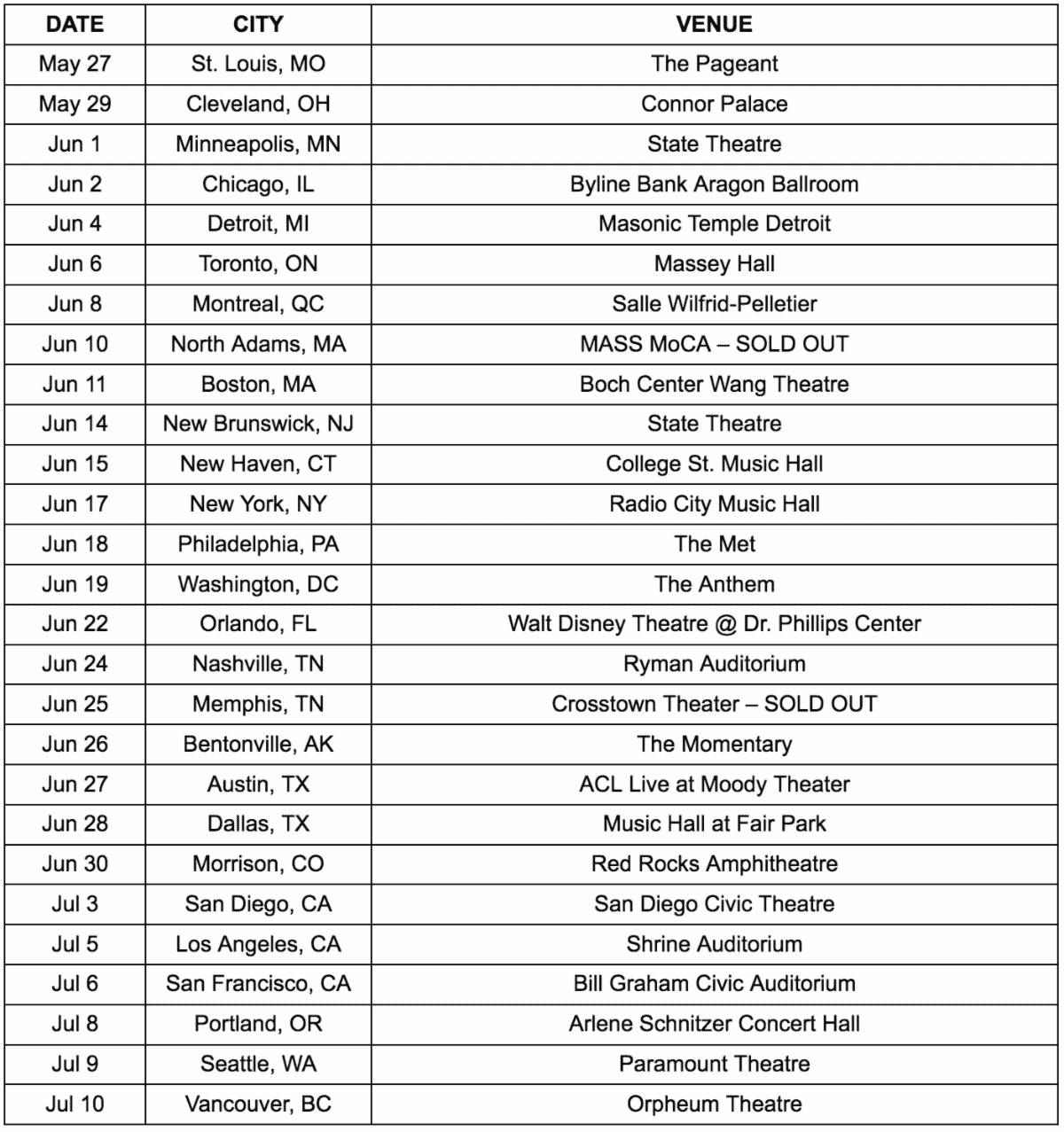