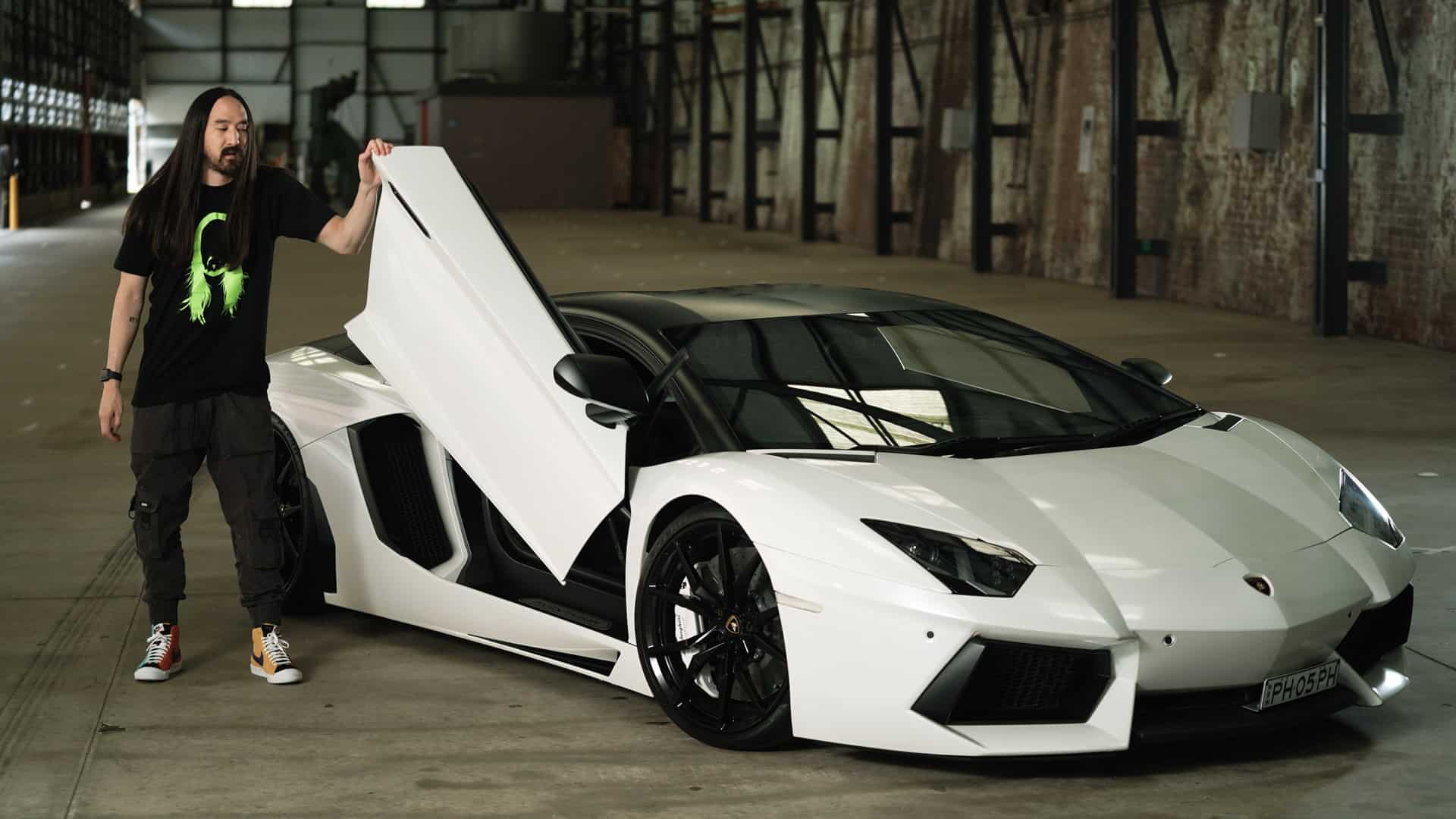 Lamborghini and Steve Aoki have teamed up for the ultimate NFT

It is evident that Steve Aoki does not take breaks in the NFT space; this new collaboration with Lamborghini has definitely shocked us in a good way. This is not the first time that Lamborghini has released an NFT, back in January the Italian manufacturer collaborated with artist Fabian Oefner, on 5 art pieces called “Space Time Memory”

Now, Lamborghini is doing a one-of-a-kind NFT drop, selling its final gas-powered Aventador LP 780-4 Ultimae Coupè, as well as a special NFT, which will be auctioned by Lamborghini at Sotheby’s. Earlier this year the Italian manufacturer had released a statement that it is moving towards hybrid and pure electric cars. This will be the last gas-powered Aventador. To have a successful NFT drop, Lamborghini called out for  the support of Steve Aoki and Krista Kim. As the founder of the Techism Movement and creator of the Mars House, Krista Kim is tasked to create the visual design of the Aventador as an NFT. Steve Aoki is tasked to be a consultant on the customization of the real Lamborghini Aventador which will be up for auction as well as creating a soundtrack for the visuals.

“I’m honored to be partnering with Lamborghini and Krista Kim on this historic project! The drop signifies the ultimate intersection – where the physical world, digital art, and music come together as one. Every design element of this car is purposeful. It truly has its own story, and therefore I wanted my music track to reflect its soulful energy – the vibe, the spirit, and the power.”

The collector will also receive an opportunity for a virtual meet and greet with Kim and Steve and a tour at the Museo Lamborghini. The Lamborghini NFT will be the first supercar NFT in the metaverse.

We are auctioning the world’s first supercar 1:1 NFT and the Last Aventador Coupé produced for the first time ever. Auction starts April 19 2022.@Krista_Kim, @steveaoki, @INVNTGROUP and @rmsothebys.​