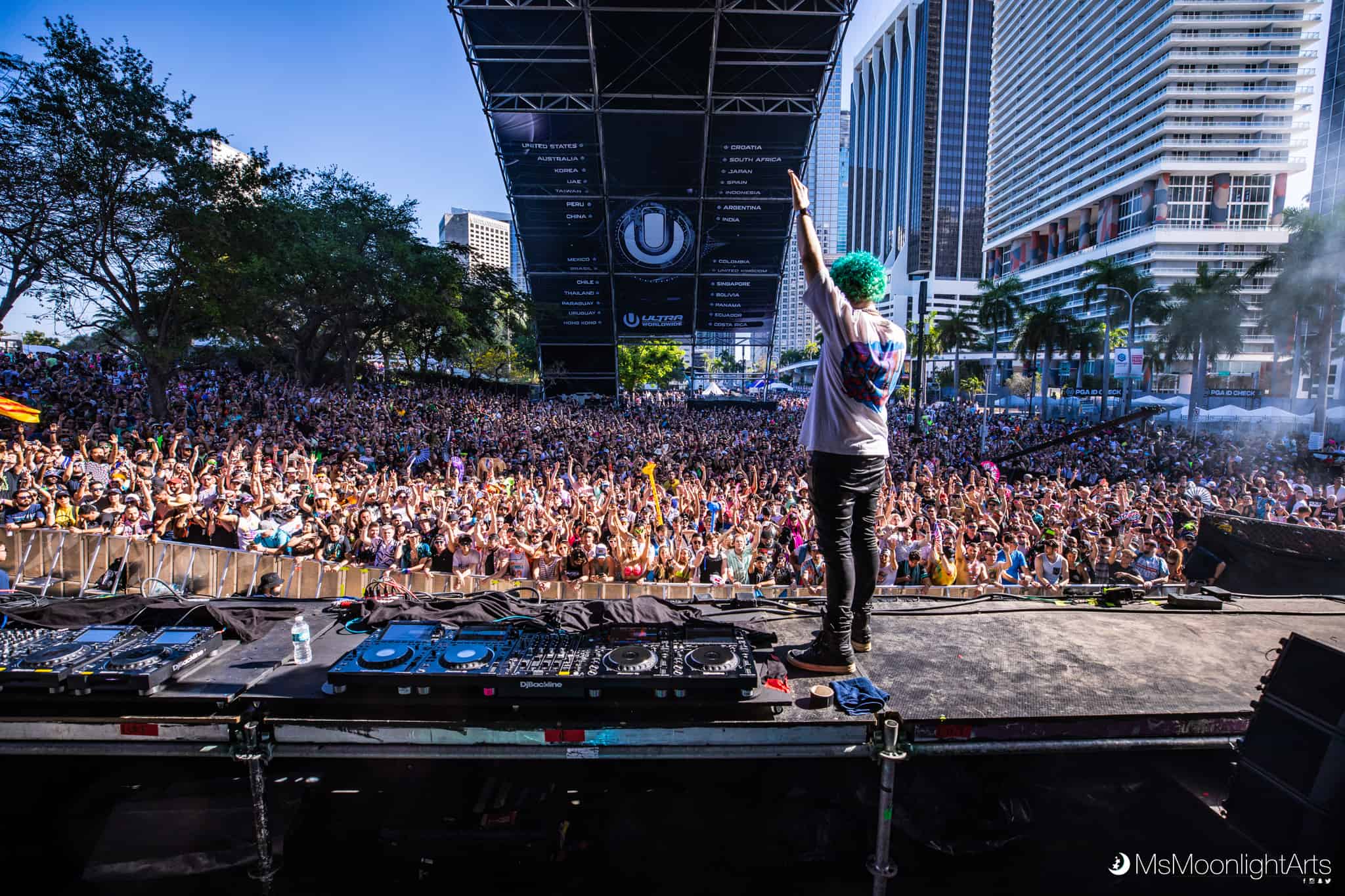 Slushii takes us down memory lane in his energetic Ultra Miami 2022 set: Watch

The 2022 edition of Ultra Music Festival Miami was full of energetic and vibrant sets on all stages, and Slushii keeps outperforming himself each year. Saturday kicked off in the daytime with the likes of Knife Party performing later on, and as the day progressed, so did the energy of the sets. This was Slushii’s third appearance on the Worldwide Stage, and he definitely delivered.

The set started in the afternoon hours and was a celebration of various different genres that shaped the music industry as we know today. The opener was his collaboration with Volt, ‘Do That’, from his debut LP ‘E.L.E (Extinction Level Event)‘ released on Monstercat Uncaged, and transitioned into a mashup of GTA‘s mix of ‘Booty Bounce‘ and ‘Break It Down’ by SNAILS & Space Laces, which made the crowd go wild. The set continued strong with tracks from Jauz, Virtual Riot and Zomboy, that could satisfy every dubstep fan. Such a strong start was followed up by many bangers we enjoyed throughout 2000s and early 2010s from LMFAO, Blink-182, System Of A Down, Lady Gaga and many more.

His multi-genre mastery had a strong and energetic display, as the crowd was singing to all the nostalgia-driven pieces and some of the most remarkable hits in electronic music world. He also included several IDs and some of his most memorable tracks from past years. The visuals at one point included frames from a popular anime Attack On Titan (anime lovers, watch out for spoilers if you still haven’t watched the latest season!). That comes as no surprise as, in the latest cover interview given for the We Rave You Magazine, Slushii talked about different forms of media that influence his music projects. As a cherry on top, the set ended with a strong Softest Hard & Skrillex remix of ‘when the party’s over’ by Billie Eilish. The set kept the whole crowd headbanging and singing for almost an hour, and the best way to describe the set in short is “ear candy”.

Experience the energy of Slushii’s set on his YouTube upload below: