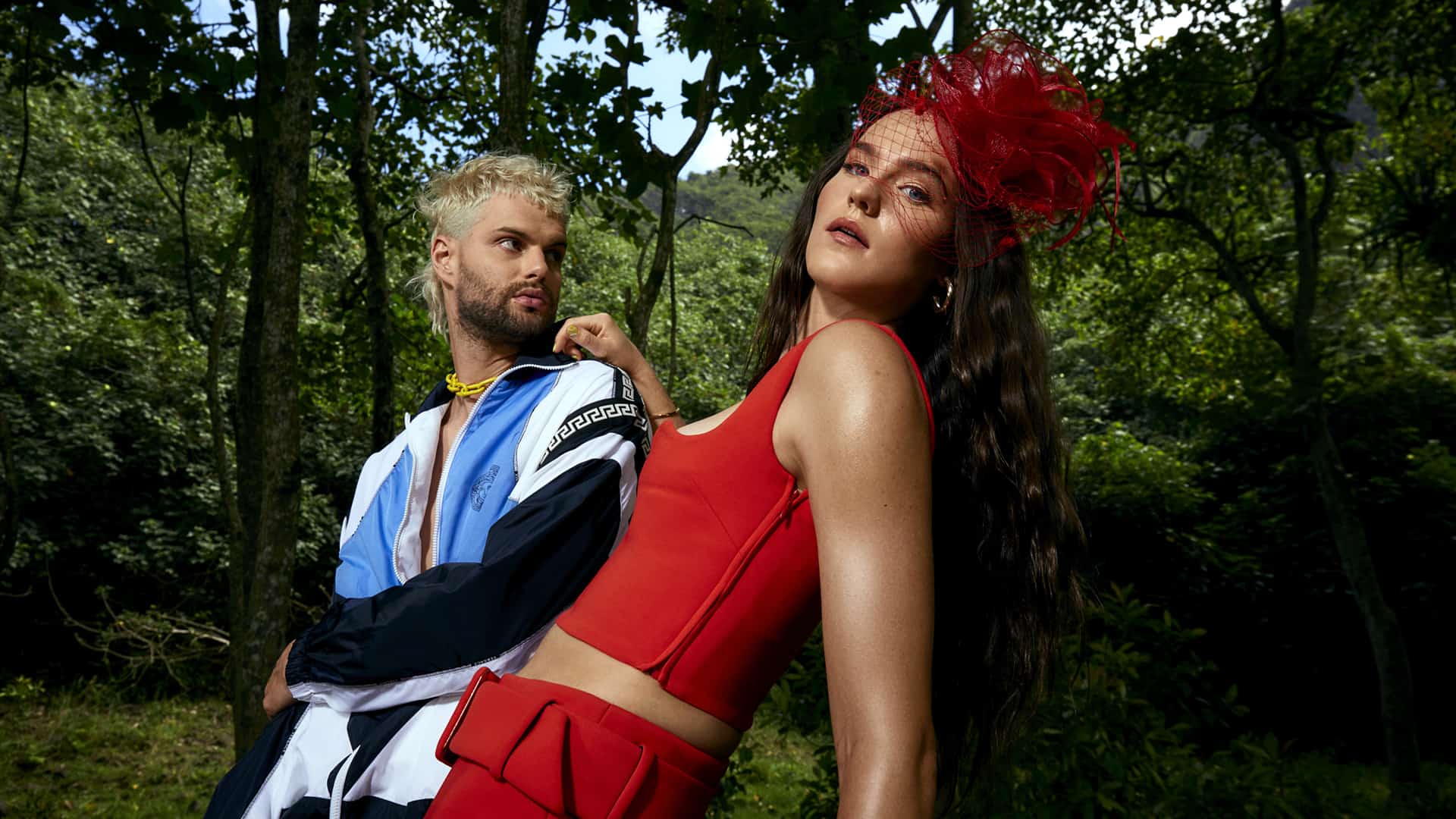 SOFI TUKKER are doggedly claiming their title as contemporary phenomena, staying very active on the release charts. This week the creative duo present you with a sensual, lush and surprising new single. ‘Kakee‘ is everything you’ll want to consume this spring and is out now via Ultra Music.

In February SOFI TUKKER announced the release of their sophomore album, scheduled for April 29. ‘WET TENNIS‘, an acronym for When Everyone Tries to Evolve, Nothing Negative Is Safe, promises to be a faithful portrait of SOFI TUKKER’s expansive and versatile sound. From this exciting forthcoming album, two singles were already known. ‘Original Sin‘ is one of the perfect extracts of the album that is not long in coming, presenting the playful, seductive and tropical character expected from ‘WET TENNIS’. ‘Forgive Me‘ was the second to be unveiled, exploring dazzlingly the themes of joy and self-acceptance, in conjunction with Turkish producer Mahmut Orhan. Direct and indirect, explicit and implicit, the double entendre seems to be the order of the day for SOFI TUKKER and is the hallmark nailed on this enticing third sample.

‘Kakee’ is the correspondence to persimmon in Brazilian Portuguese, but SOFI TUKKER makes it clear in this track that it is much more than fruit. The lyrics, sung in Portuguese, put the persimmon at the centre of the narrative which is here not only Sophie’s favourite fruit but a great metaphor for so many things including her identity ‘não sou Sofi, só um caqui’ (I am not Sophie, just a Kakee). Persimmons generate some controversy and mystery, with some doubting the fact that they are a berry and surprising so many with their taste. Isn’t this the best analogy for SOFI TUKKER’s identity? Navigating between genres, luxuriantly displaying their creativity, the duo offer a soundscape that is colourful, distinctive, informal and very passionate. All this also constitutes the juice of ‘Kakee’. On the concept behind this work, the duo states that:

‘We started it as a techno track and then with the guitar it really took a turn. No idea what genre this is. We just know that we love it.’

The track has an energetic and catchy beat, combined with mysterious guitar riffs that sound like something out of a Tarantino movie. The vocals, along with the message they convey, celebrate a tone and rhyme that is infectious from the first minute. It’s a joyful and vibrant melody that doesn’t last two minutes and leaves you longing for more. Desire and sensuality are two constants in the music video that accompanies ‘Kakee’. Directed by Aerin Moreno, the video explores dichotomies that ignite curiosity in its visual double entendre. On the making of the video, SUFI TUKKER shared that:

‘This is one of our favourite videos we’ve made. The experience of being in Kualoa Park in Hawaii was… awe. Being in that environment is so inspiring, and really gives us a sense of our beautiful insignificance (lol that’s a Sophie line of course). In the first take, Tuck started clapping and that became a fun theme throughout the video. We ran through the valleys, squeezed persimmons… squeezed tennis balls filled with persimmon juice. And it climaxes with Soph quite literally climaxing, on the top of a mountain–she turns herself on by playing the guitar on the top of the mountain, with a persimmon between her legs. It’s as absurd as the lyrics of the song.’

A new ‘WET TENNIS’ merch line is available on SOFI TUKKER’s webstore along with an ombre picture disc vinyl and a very limited number of autographed CDs. The physical formats of the new album are available for pre-order. For now, enjoy this beautiful ‘Kakee’: