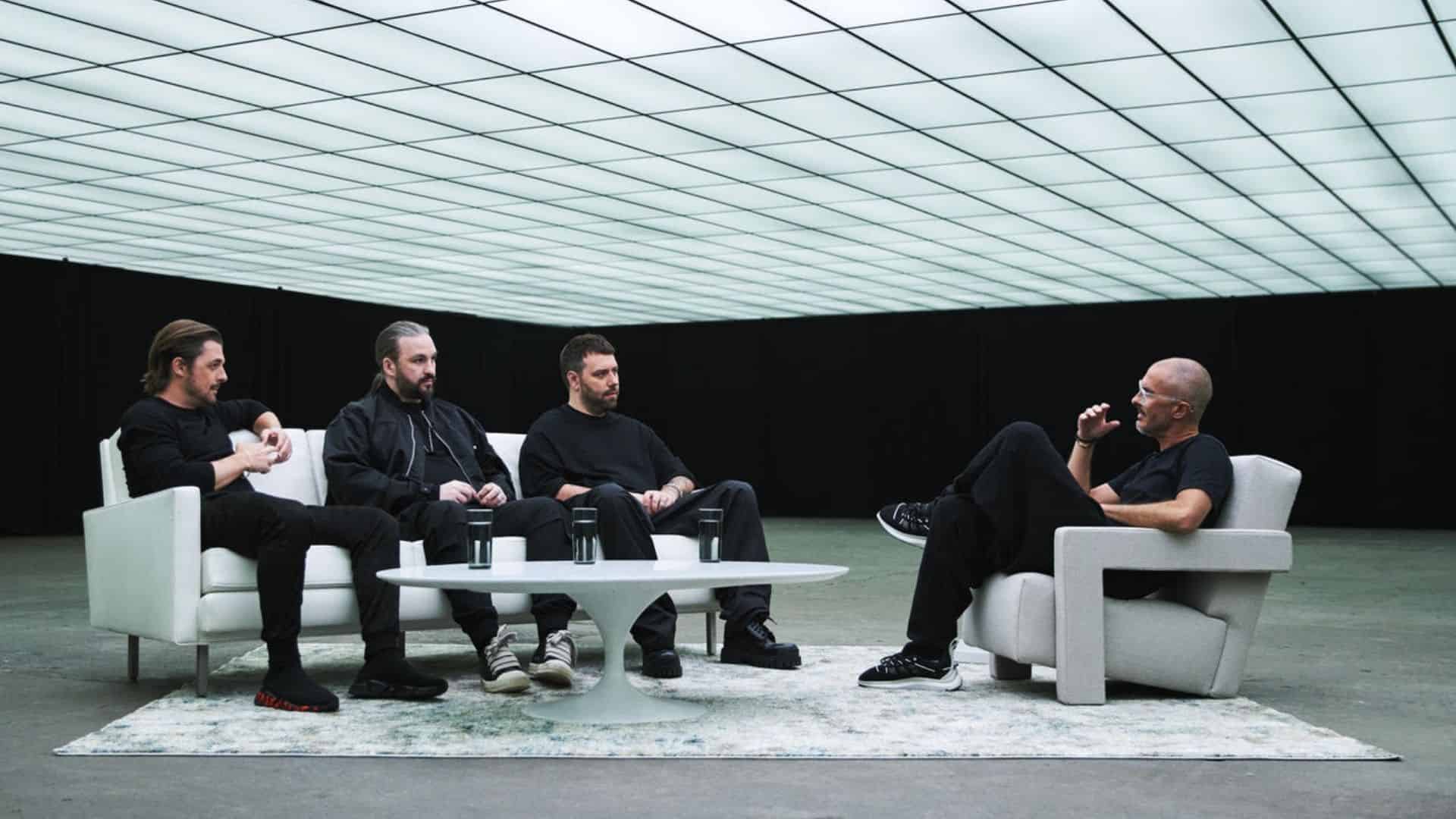 Swedish House Mafia discusses in-depth working with talented artists the likes of The Weeknd, the inspiration behind the creation of ‘Paradise Again’, and more.

The hottest trio on the planet right now and the topic on everyone’s mind and lips are the incredible Swedish House Mafia. Fresh off releasing their sensational ‘Paradise Again’ album and headlining the legendary Coachella Festival, Swedish House Mafia members Sebastian Ingrosso, Axwell, and Steve Angello sat with Apple Music 1’s Zane Lowe for a thorough interview on numerous topics.

The hour-long exclusive interview with the multifaceted trio sees Zane Lowe tackle large amounts of questions everyone has been wanting to know, with many surprise reveals and revelations. Learning about the group’s reunion, we find that it was completely organic, with Axwell explaining everything led from one thing to another with the first comeback show at Ultra Music Festival leading to the tour and then new music and so on.

First of all, decided to do the show at Ultra together, and then do a festival tour together, and then make music together. Just like everything, it’s all stepping stones. One thing leads to another. – Axwell during the interview

Other topics that were touched upon were of course the copious amounts of new incredible music specifically working with iconic talents such as The Weeknd and A$AP Rocky as well as how their album ‘Paradise Again’ came to be. Praising both artists’ incredible talents the group highlighted The Weeknd’s beyond belief writing skills and had high regard for A$AP Rocky’s creative skills, doing whatever he wanted when it came to the creation of his musical art. Interesting past stories with these artists are brought up giving an insight into how the collaborations were organized. Revealing the story behind the creation of Paradise Again, Sebastian Ingrosso reminisces about Steve Angello pitching the idea for an album, although at first Ingrosso disagreed with the idea due to the fact that it took already a long time producing tracks. However, thinking over the idea in his eventually Ingrosso was on board and ‘Paradise Again’ came to be.

We met, we talked, and then Steve dropped the bomb and said, “We have to do an album.” I freaked out, because I know how hard it was to make four songs together – I went home to my couch and I slept for two hours because my brain exploded. – Sebastian Ingrosso