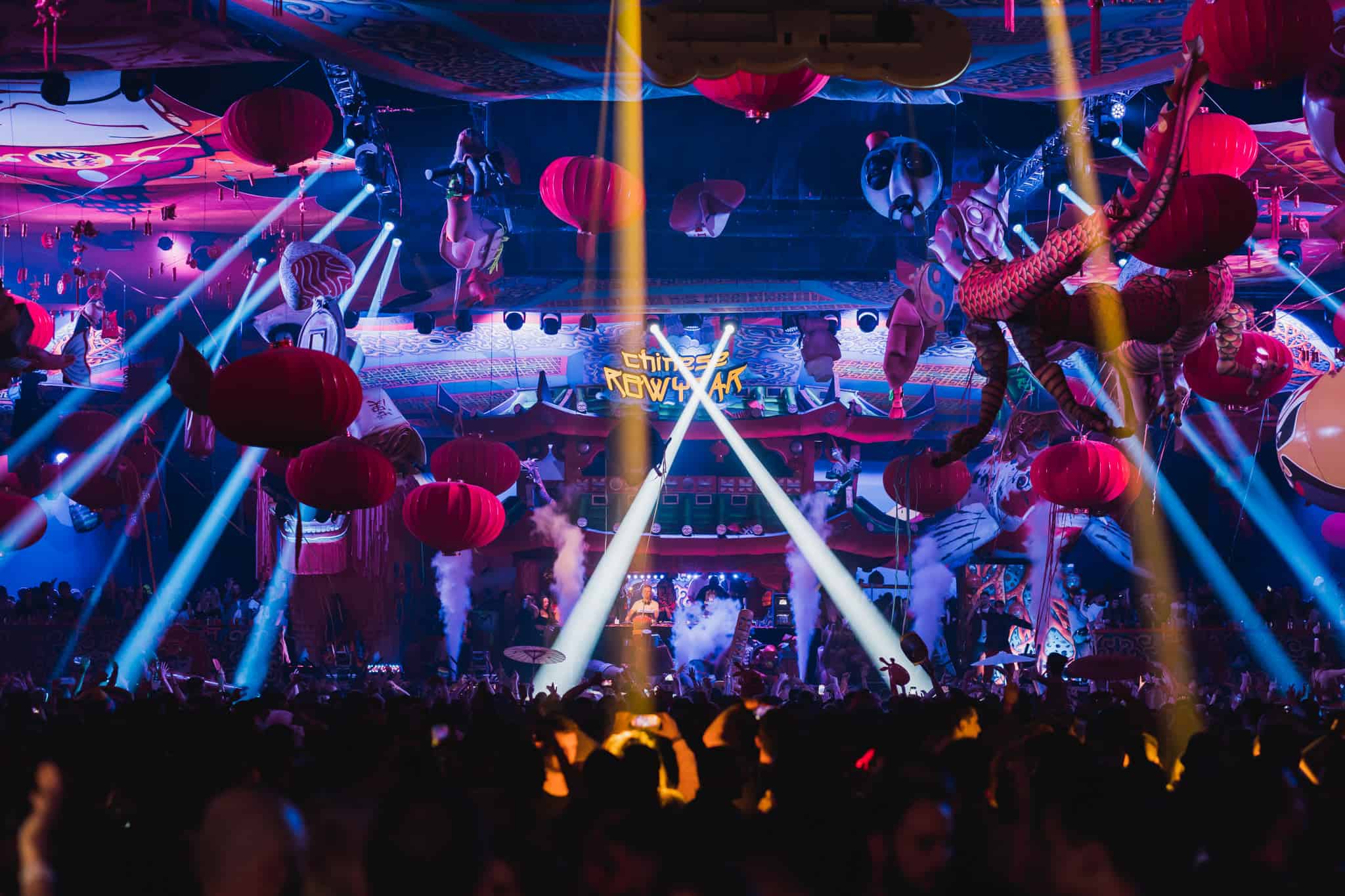 Elrow Sofia – Chinese RowYear took place on the 26th of March in the venue of Arena Armeec in Bulgaria’s capital. The host of the Spanish event concept was EXE, a Bulgarian organization also known for various techno and house events in the capital and on the seaside in their two clubs of the same name. The venue welcomed the guests of the event with breathtaking Chinese-styled decoration and atmosphere.

The party kicked off with the set of Pavel Petrov-a local artist well known among the Bulgarian partygoers. Later on Elrow’s resident DJ Florentia delivered an expeditious Tech house set that moved the crowd and set the mood for the night. After her, Marc Maya took over the decks and energized the party attendants even more before the arrival of the first headliner of the night – Spanish house sensation Wade.

Wade received a warm welcome and delivered what’s typical of him, a high-energy Tech-House set during which he played remixes of popular songs and also some of his most prominent tunes such as Mi Amor and Passion. The Spanish DJ entertained the partygoers for a couple of hours before his Dutch colleague Joris Voorn took over the decks.

Joris continued the momentum of the previous DJs and delivered an intriguing set in which he managed to mix in various house remixes of famous pop songs but also some dark heavier tunes. The night was closed off by George Privatti which continued until the early morning and left the crowd mesmerized with great memories.

About the Author / Bozhidar Rusev