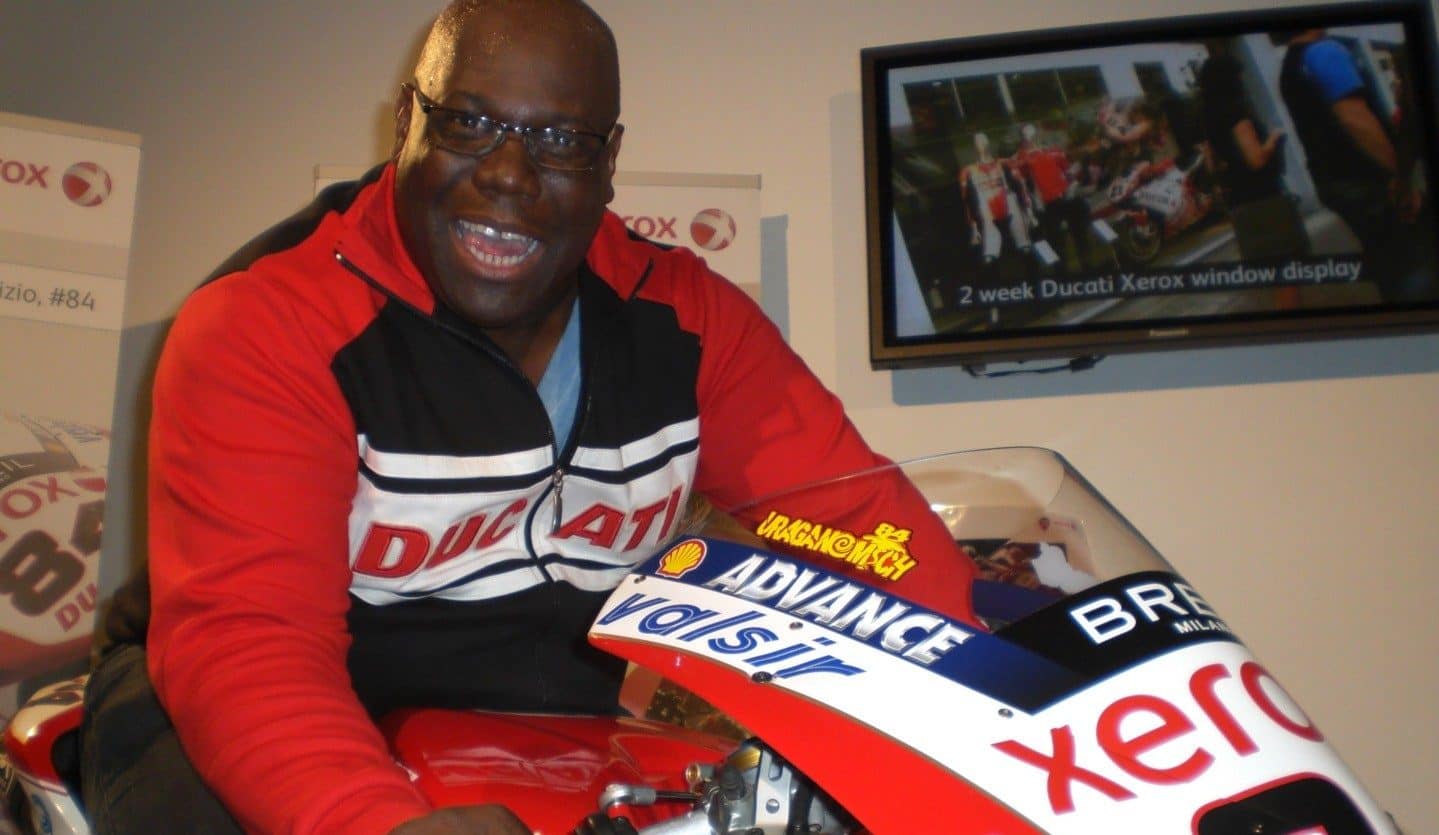 You might think you know everything about the legendary Carl Cox, but did you know about his immense love for motorsports? “As soon as I was able to ride a bicycle… I was in.” – Carl Cox

As he has proven over the decades, Carl Cox is a man of many talents. The universally renowned godfather of electronic dance has ventured into just about everything there is when it comes to the music industry. However, for those who may not know, one of Carl Cox’s most passionate endeavors is that of the fast life. And now, as Cox begins his fifth decade dominating the scene, he is looking to dive deeper than ever into the world of motorsports as he opens up in BBC’s new documentary ‘Carl Cox: Music and Motorbikes.’

In this half-hour audio piece, Rick Faragher shines a spotlight on Cox’s obsession and involvement with the world of speed that ultimately led him to create his own motorsport team in 2013, which has since then gone on to compete in the North West 200, Ulster Grand Prix and the Isle of Man TT.

“Everyone works hard to excel at the end of the day. I just love the biking community because bikers love to see racers do well, and they like to see their heroes do well and follow those heroes.” – Carl Cox, BBC

Cox goes on in the documentary to reflect on sharing his love of motorsports with fellow electronic group and dear friends, The Prodigy. He later discusses the surprise of most when they found out he began his own team and also balancing what is now his professional hobby with his professional work.