Explore these dubstep and bass artists at EDC Las Vegas 2022

Ready to celebrate under the Electric Sky? We definitely are and what better way to build the anticipation even further than highlight a few iconic dubstep and bass artists to check out during this year’s EDC Las Vegas.

We are just under a week away until EDC Week officially kicks off and leads into the highly-anticipated EDC Las Vegas 2022. From igniting the crowd with energy at the Basspod stage hosted by BASSRUSH to colossal amounts of basslines and trap signatures at the Cosmic Meadow hosted by HARD, EDC Las Vegas cannot come any sooner and we are excited to present a few dubstep and bass artists we highly recommend checking out this year. 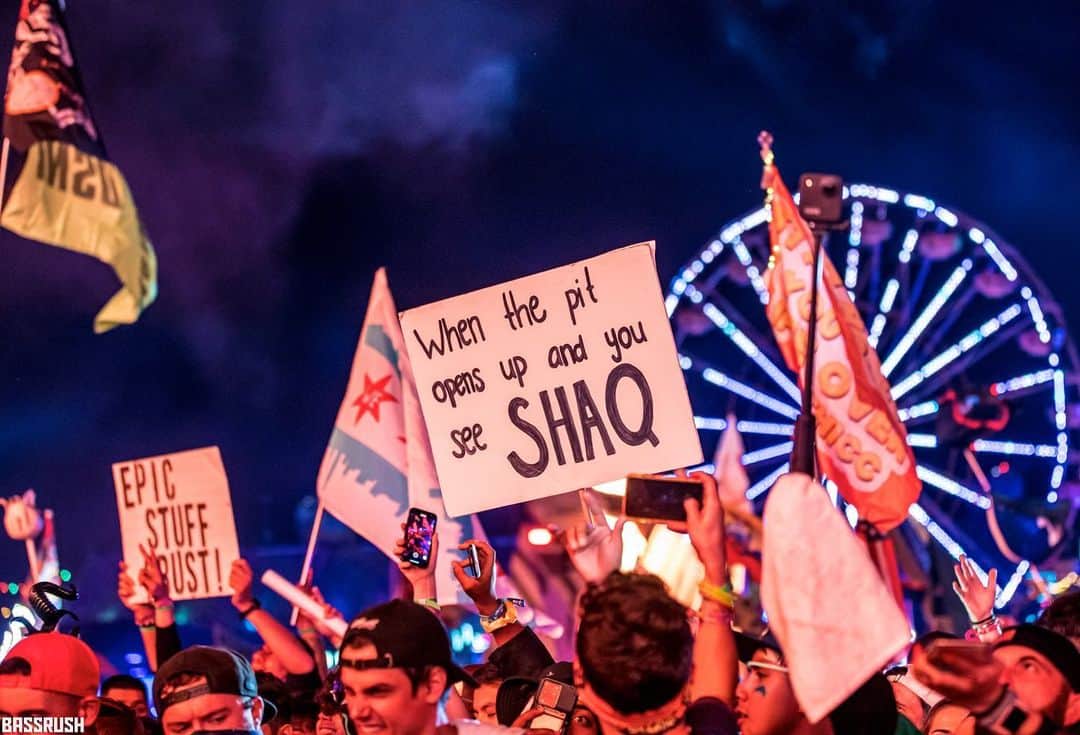 Globally recognized as the World’s Biggest DJ, DJ Diesel also known as Shaquille O’Neal has proven he can easily fuel attendees with colossal amounts of bass and dubstep signatures no matter what time of the day it is. Established to break backboards on the court and our necks through his music, if you are ready to ride the rail at EDC Las Vegas then DJ Diesel is the set to be at this year. Who knows, he may even jump into the crowd for a full-on moshpit with his fans. After DJ Diesel experienced the TomorrowWorld festival in 2014, this changed his life forever after being introduced to DJs such as Steve Aoki, Skrillex, and more. With a true dedication to his craft of Dj’ing at a young age, DJ Diesel has made his mark across the globe and even hosts his very own festival Shaq’s Fun House. A trait many respect about this iconic producer is his natural appreciation of the music community and artists. From accepting thousands of music submissions to his very own promotional email to even showcasing the artist’s music which he has thrown down in his very own sets, DJ Diesel is here as a true icon in the music community today and we would not have it any other way. Be sure to see this legend live in action at the Cosmic Meadow on Friday, May 20th. To keep you grounded until then, listen to his monstrous collaboration with FREAKY on ‘BACKBREAKER’ released on Excision’s Subsidia Records below.

A name we love to see on any lineup is the one and only Jessica Audiffred. Truly a hard-hitting producer who has continued to revolutionize the bass music industry by establishing her own niche style reflected in the areas of both trap and bass, this talented artist is taking full control of the crowd no matter where she is. With an impressive resume including tours with Excision, Riot Ten, and many more, Jessica Audiffred’s distinctive sound has long outgrown Mexico City and is now radiating across the globe. Mastering her experimental production style across a wide array of genres including dubstep, trap, and bass, if there was one producer I trust to keep you energized from start to finish, it is Jessica Audiffred. With consistent support from labels such as Subsidia and even crafting music for Adidas Latin America campaigns, this eclectic producer stays engaged with the music community and is fully transparent with her audience which is a trait many fans respect about her in the dance music industry. Preparing to throw it down at the BASSRUSH Pool Party on May 19th followed by her highly-anticipated destructive set on Friday, May 20th at the legendary Basspod. For now, let Jessica Audiffred take you to another musical dimension filled with metal-crunching soundscapes and futuristic basslines in her raging collaboration ‘Riding’ on Insomniac Records and EDC Compilation with Point.Blank.

Christopher Wilson, better known by his stage name Riot Ten, originally began his career in hip-hop production earning the respect of international artists such as A$AP Ferg. By showcasing his ever-evolving sound design with both hard trap and dubstep in his style of production, Riot Ten has dropped a fury of tracks with the intention of blowing minds away instantaneously. With ground-shaking bass and rattling dubstep signatures apparent in his music, Riot Ten has a natural ability to explore several different genres from hip-hop, trap, bass, and even house music to get you dancing. At the young age of 22, Riot Ten has blessed many iconic labels such as Never Say Die, Insomniac, and BASSRUSH to name a few. Immediately going to the rail is easy when Riot Ten hits the stage as he enters the realms of bass signatures with a hint of surprises throughout the way. Be sure to check out Riot Ten on Friday, May 10th at the Basspod stage. To keep you sane until his festival set, check out his iconic single ‘Mawlee’ with Young Buck and DJ Afterthought below.

To grab the last remaining tickets for this year’s EDC Las Vegas 2022, be sure to click here and let us know if you will be attending in the comments.

Presenting our #EDCLV2022 lineup by stage.⚡️ Are you ready to feel the love of #kineticBLOOM?❤️✨

See you Under the Electric Sky!🎆 pic.twitter.com/j9bgsawwJv