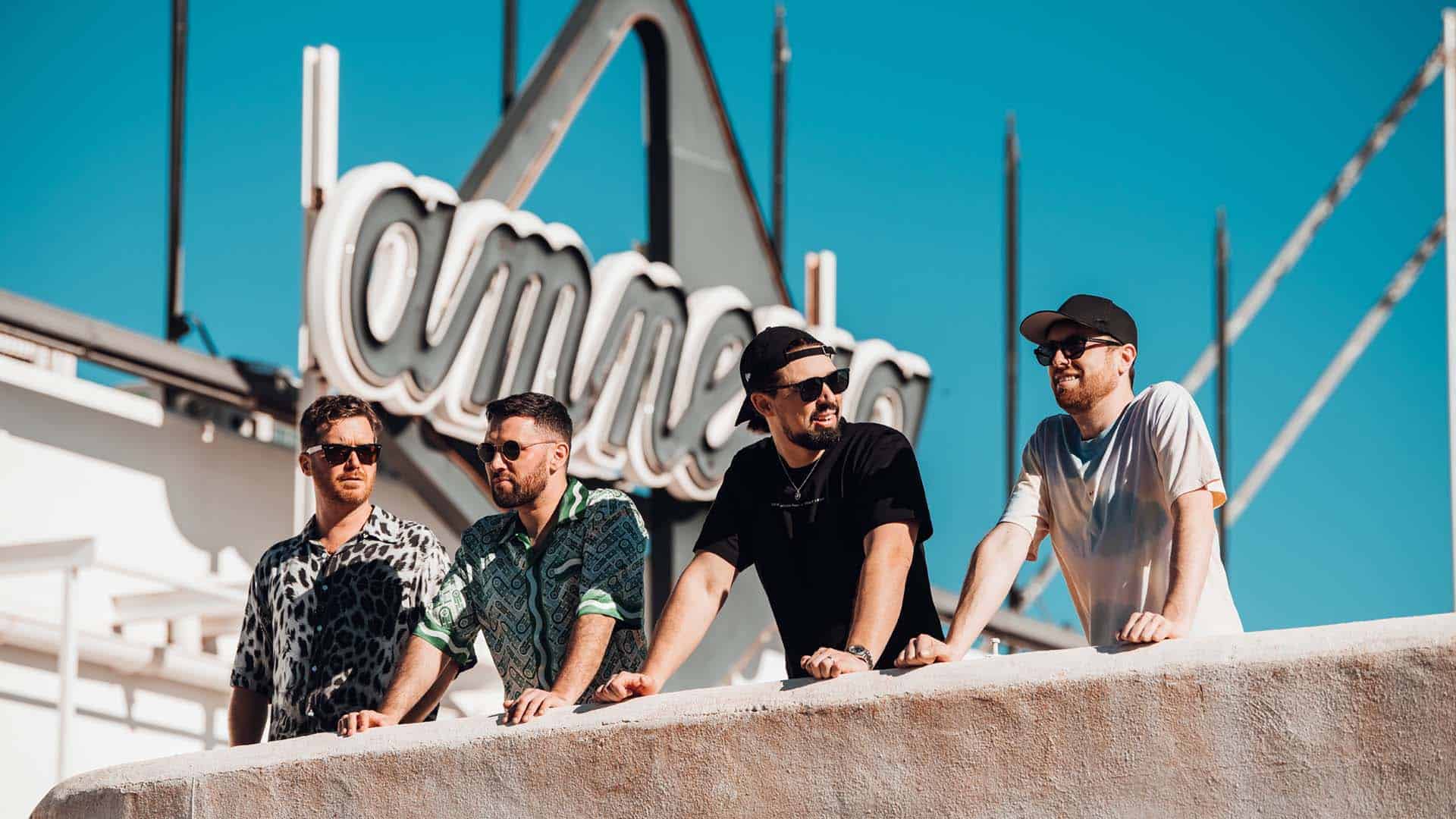 Gorgon City and Sonny Fodera will set fire to Amnesia Ibiza with the hottest lineup ever, joined by Danny Howard, who says ‘It’s hard to put into words exactly how excited and proud I am to be part of a brand-new era for Mondays at Amnesia’

3,2,1, the hottest season in Ibiza is officially open. After the International Music Summit has finished and the first Ibiza opening party has taken place, the iconic venue is ready to claim the title of white island hotspot. Amnesia Ibiza has announced a bombastic lineup for their new Monday night ‘Presents’ series, which will be headlined by house heavyweights Gorgon City and Sonny Fodera, plus BBC Radio 1 tastemaker Danny Howard. Thirsty for an authentic club experience this summer? You can now track down your tickets at amnesia.es

The magic of Ibiza is being reclaimed with full force and Amnesia is going to contribute a lot to that. To make Mondays the craziest days, they’re bringing back a recipe that has been proven to work very well: Gorgon City and Sonny Fodera. This pair hosted a sold-out London festival together in August last year and will now rock the beginning of the week at Amnesia, from June 20 to October 3. These heavy hitters who have been defining the house underground scene for the last decade will be at the helm of the Terrace but they won’t be alone. Gorgon City and Sonny Fodera are the hosts of this space and the guest list is unbelievable. Biscits, Disfreq, Dom Dolla, John Summit, Lee Foss, Nora En Pure, Paul Woolford and PAX are part of the massive lineup that includes many other hot names. 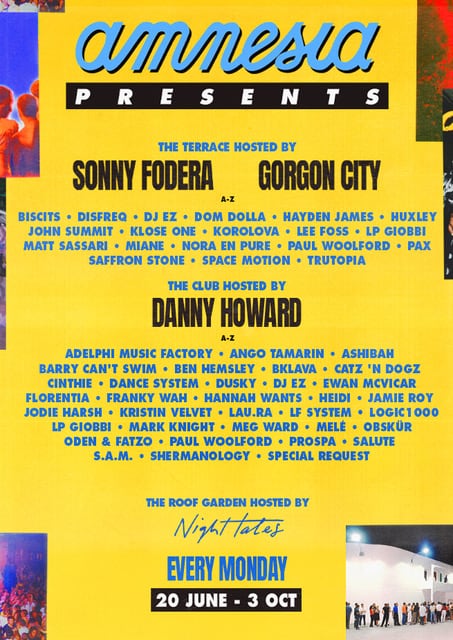 At the same time the main room, now called The Club, will be hosted by another well-known Ibiza name and underground influencer. Danny Howard will use his powers as a curator of the best music to fill The Club with a broad spectrum of talent that expands between established and up-and-coming names. For his residency at Amnesia, Howard has assembled a lineup that includes the likes of Catz ‘N Dogz, Franky Wah, Heidi, LP Giobbi, Mark Knight, Melé and many more. Danny Howard leaves the invitation:

‘I hold the Main Room (now named The Club) in Amnesia very close to my heart, having spent most of my first ever visit to Ibiza in there, so to be now hosting it blows my mind! Together with Gorgon City and Sonny Fodera hosting the Terrace, we’re ready to bring 16 weeks of pure love and energy under one roof and pay homage to Ibiza’s roots and heritage… See you on the dancefloor!’

Summer in Ibiza makes every day a party, and Mondays at Amnesia are living proof of that. We will see you there.