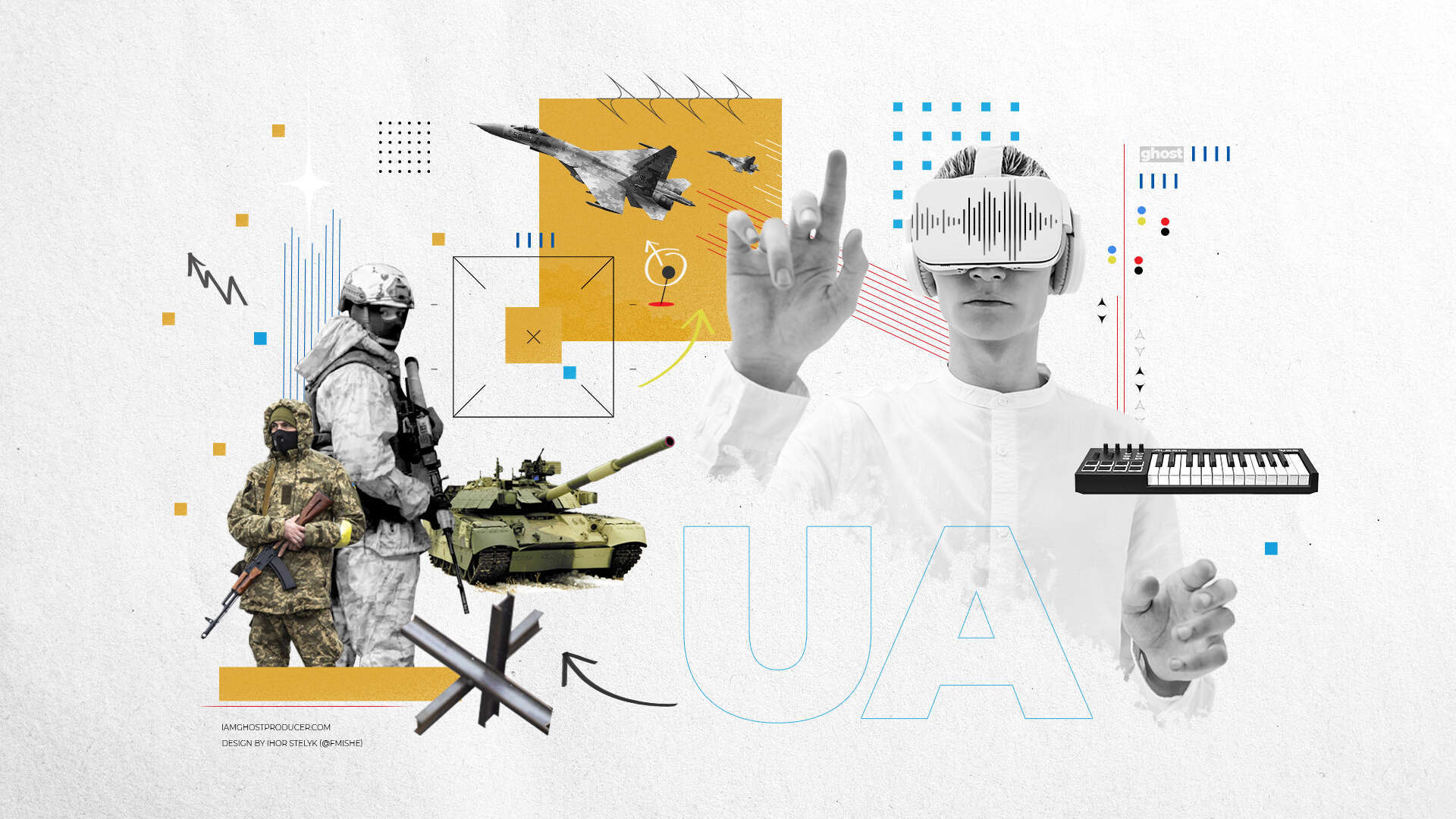 How I am Ghost Producer is still a thriving business in Ukraine amidst the war: Interview

The founder of I am Ghost Producer, Anatolii Vered speaks to We Rave You all about maintaining a thriving business in Ukraine despite the war. “It is vital to continue working for the country’s economy at such a difficult time. People can provide for their families, help the army, and those who need it”

With the recent Ukraine crisis, people from different countries are banding together to find out how exactly they can do their part to help the citizens. We spoke to the founder of the popular I am Ghost Producer platform, Anatolii Vered, all about how the war has affected him as a native of Ukraine and how he and his team are pushing through.

You and your team are natives of Ukraine, correct?

Yes, my team and I are all from Ukraine. My team are the people who maintain the work of the platform. As for the ghost producers themselves, most of them are from Ukraine, but there are also some from other countries.

Could you tell us how the war began for you and what the situation was like for you personally?

It has begun as for most Ukrainians, early in the morning. There were strong explosions in my city, and I think we all will remember these sounds for a very long time. Before that moment, I was asleep, and even through a dream I was having, I immediately understood that this was a war. There were many rumors in the news that it was about to begin. Honestly, I didn’t wake up at first, I felt like I needed to sleep because the day would be one of the hardest in my life. When I woke up, my sister told me the terrible news. We all were shocked. The first day was like a nightmare. We did not want to leave the city. I decided then, to become a volunteer and help Ukraine. I remember meeting a friend, and we went to one of the local facilities where the Territorial Defense had already been established. Having spoken to the people there, I realized that they were famished so we bought food for them.

The day was like a dream, like something unreal, but when I saw thousands of people in the military registration offices, it became clear to me that Ukraine would win. The second factor that finally convinced me was how the Ukrainians united to defend their homeland. There were hundreds of volunteers when we arrived to pack sandbags for barricades and checkpoints. Everyone carried sacks together and took them to different parts of the city and beyond. Many fortifications appeared. It reminded me of an anthill or a hive, where everyone is doing something together for the same purpose. Volunteers and ordinary residents of the city brought everything necessary for the army and the defense of the native land. In a few days, everything was more or less ready for defense, so there was no doubt about Ukraine’s victory.

A certain schedule was made. In the morning, we got up, had breakfast, and went with friends to help up until the evening. After that, I tried to solve everything with my work.

How did the war affect your team, platform and the ghost producers?

Of course, it had a powerful influence. Luckily, most workers live in the center and the west of Ukraine, but our software programmer lives near Kharkiv. There was and still is a very difficult situation to deal with. Kharkiv, nearby towns and villages are being shelled by the Russian Federation. So, first, he lost the Internet, because the explosions destroyed the connection. Thus, he could no longer help the site. Communication had to be made by mobile phone at first, but now he’s been out of touch for about two weeks. We don’t know how he is and whether everything is fine or not, but we hope he is alive and well. As a result of this, there are some difficulties in maintaining the proper functioning of the site, but we have some specialists who are helping.

There is a similar story to this with one of our ghost producers from Kharkiv. The city was under strong shelling, so he could not leave safely during the first few days, but he managed to evacuate later. His home studio was finally moved after 2 months, as the area remains under constant fire. Another story is of a ghost producer living in Mariupol. The connection with him is completely lost. The city is fully destroyed and in a huge humanitarian catastrophe. Sadly, the musician’s fate is unknown. Some producers have moved to other neighbouring countries and are there as refugees, but the platform continues to work. Sales have increased even more and customers continue to support us and cooperate with us. All employees and producers receive their income and clients are supplied with exclusive tracks.

It is vital to continue working for the country’s economy at such a difficult time. People can provide for their families, help the army, and those who need it when it’s possible to get a salary.

What is the situation now, and how is your normal day to day life looking?

Right now, the air raid sirens sound, and no one knows where this missile will land or if it will land. It is good that the Ukrainian air defense has been shooting them down. At such moments, people are often in the hallways of their apartments or in places where there are two walls. If the first wall collapses during the explosion, the other remains and offers protection. Most people are glued to their phones, and watch the latest news about the war, telling it to each other. We also have curfews. This means that you cannot go outside from 8 PM to 5 AM. Everyone must stay inside their homes from these hours.

Now it is very unusual to watch the night city as it is completely dark and quiet. Only the siren and train roars can be heard and when these noises come, you listen for whether it’s a missile. Sometimes explosions are heard, and even high-rise buildings begin to shake even when the explosion is far away. When you go out of town, you have to pass through the fortified checkpoints. You will be asked for documents or to show what is in the car and it is forbidden to visit forests and woodlots. Before the war, it was very cool to relax while cycling in such places but now things have changed dramatically.

I would also like to say that the war has shown a lot about people’s true colours. New acquaintances and volunteer friends have appeared. We have our own volunteer front here. The most interesting thing is that those who do not advertise themselves and their merits make the most valuable contribution. I am very glad that there are such people. I have said that Ukrainians are like ants, but that these people are large ants!

What more would you like to tell our readers?

I want to thank you all. The whole world is helping Ukraine now. Various actions, volunteer movements, military aid, sanctions against the aggressor country, and so on are taking place everywhere. We feel the immense support from the entire world. I will also say that I am Ghost Producer works, and anyone can buy exclusive music with all copyrights. Guest producers who want to sell their works are also welcome on our website.

We look forward to working with you all. We will win together. Glory to Ukraine!