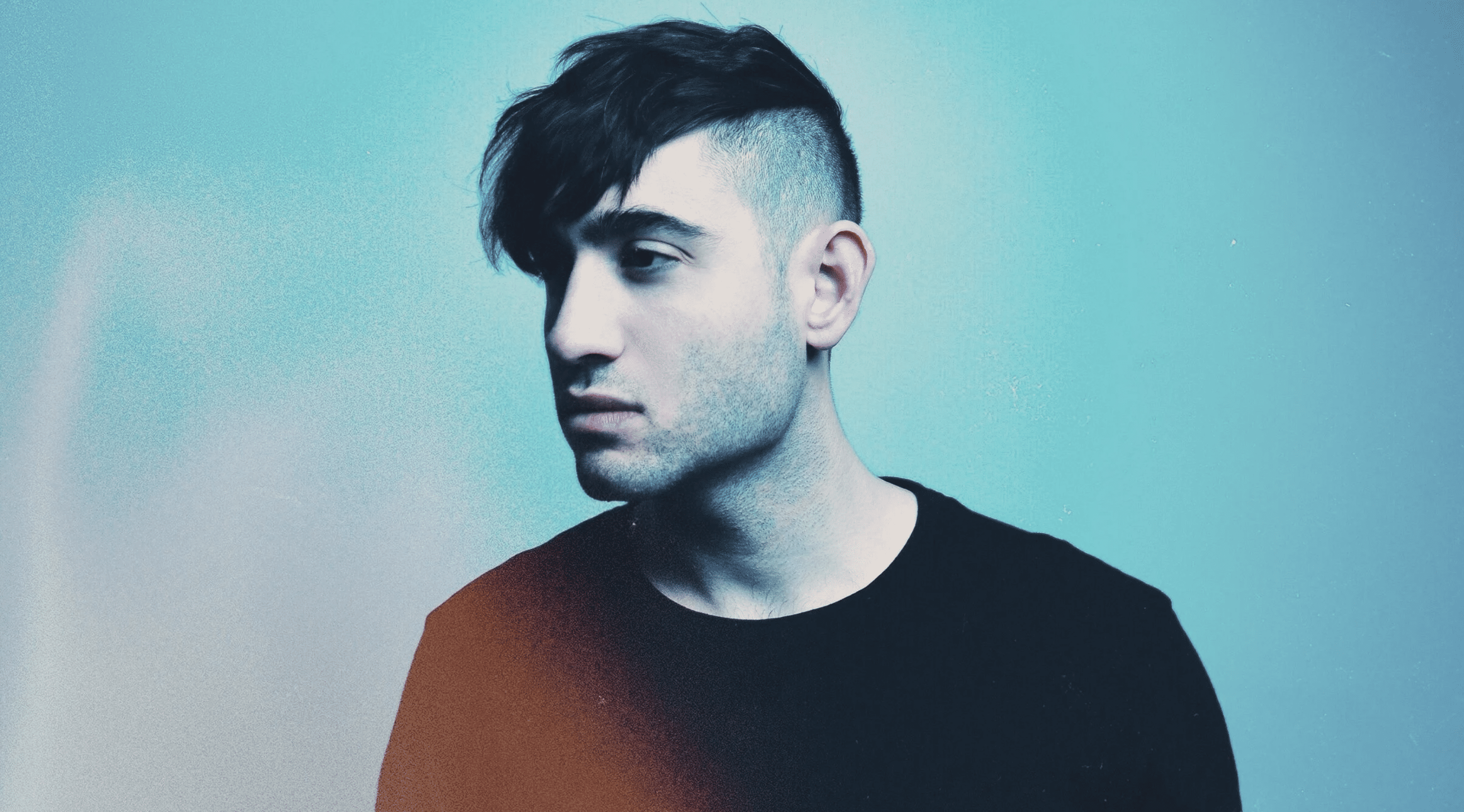 There’s no secret that electronic artists have dominated the NFT space, and according to findings published by the IMS Business Report 2022, this is more evident than ever. 64% of all identified music NFT issues worth $55.4m were issued by electronic artists.

By a long shot, the most successful artist in this space was 3LAU. Early on, he released NFTs to commemorate the 3-year anniversary release of his album ‘Ultraviolet‘ where holders could receive access to unlimited music and also a custom-created track by 3LAU himself. In less than 24 hours after selling an album as an NFT, he made $11.6 million alone, and he now has his own NFT marketplace titled Royal. Following shortly after him, singer and producer Grimes and energetic DJ Steve Aoki take the second and third spots respectively, which isn’t a surprise when you see how much they’ve contributed to the space. Other names on the list include Don Diablo, ODESZA, deadmau5, Calvin Harris and many more. Out of 30 of the top artists, 15 of them were electronic artists. You can see the full chart below and how much they’ve earned by millions (These findings were compiled from data from Cherie Hu, whose Water and Music community has worked to identify as many music-related NFTs as possible). 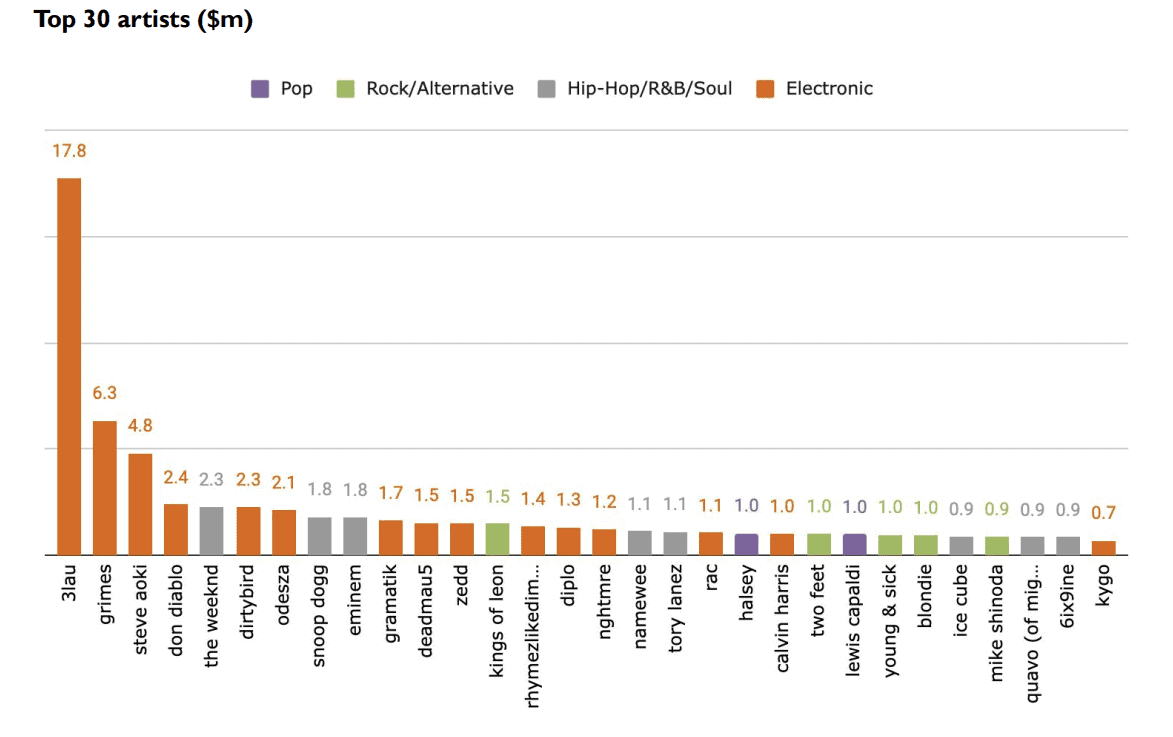 February and March 2021 were the months were the values of artist NFT issues were at their highest, and the electronic genre also dominates there. 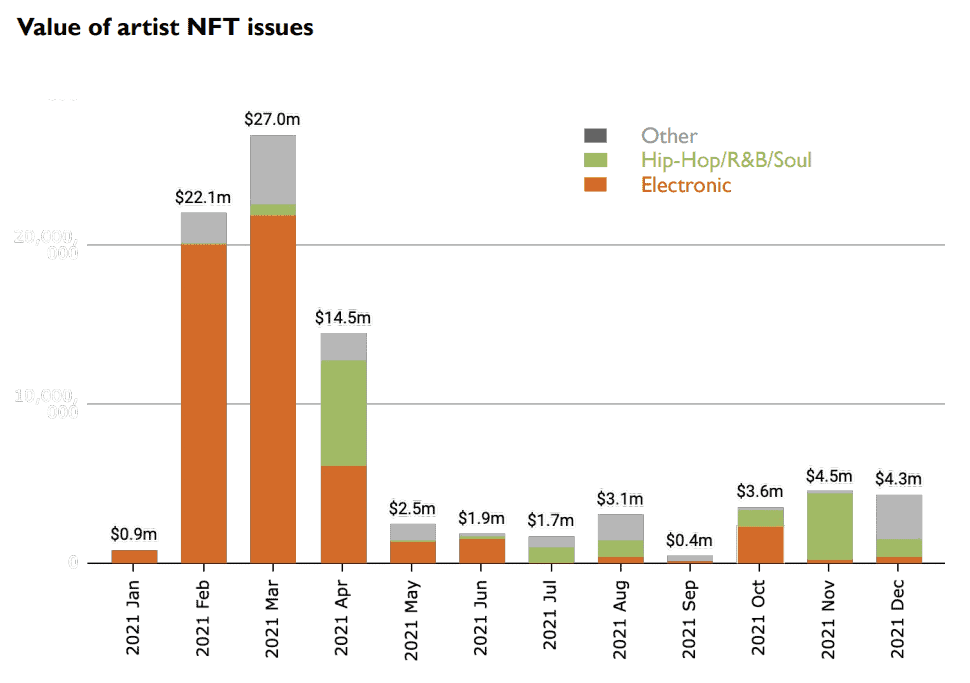 Clearly showing that there’s serious money to be made in NFTs, especially if you’re an electronic musician, this shouldn’t come as a surprise considering that there was a moment where you couldn’t go anywhere online without hearing about artists and their latest NFT endeavours. Many have seen it to be justas lucrative, fulfilling and interesting as producing music and playing shows.

The full IMS Business Report 2022 is out now, and you can read it all here.