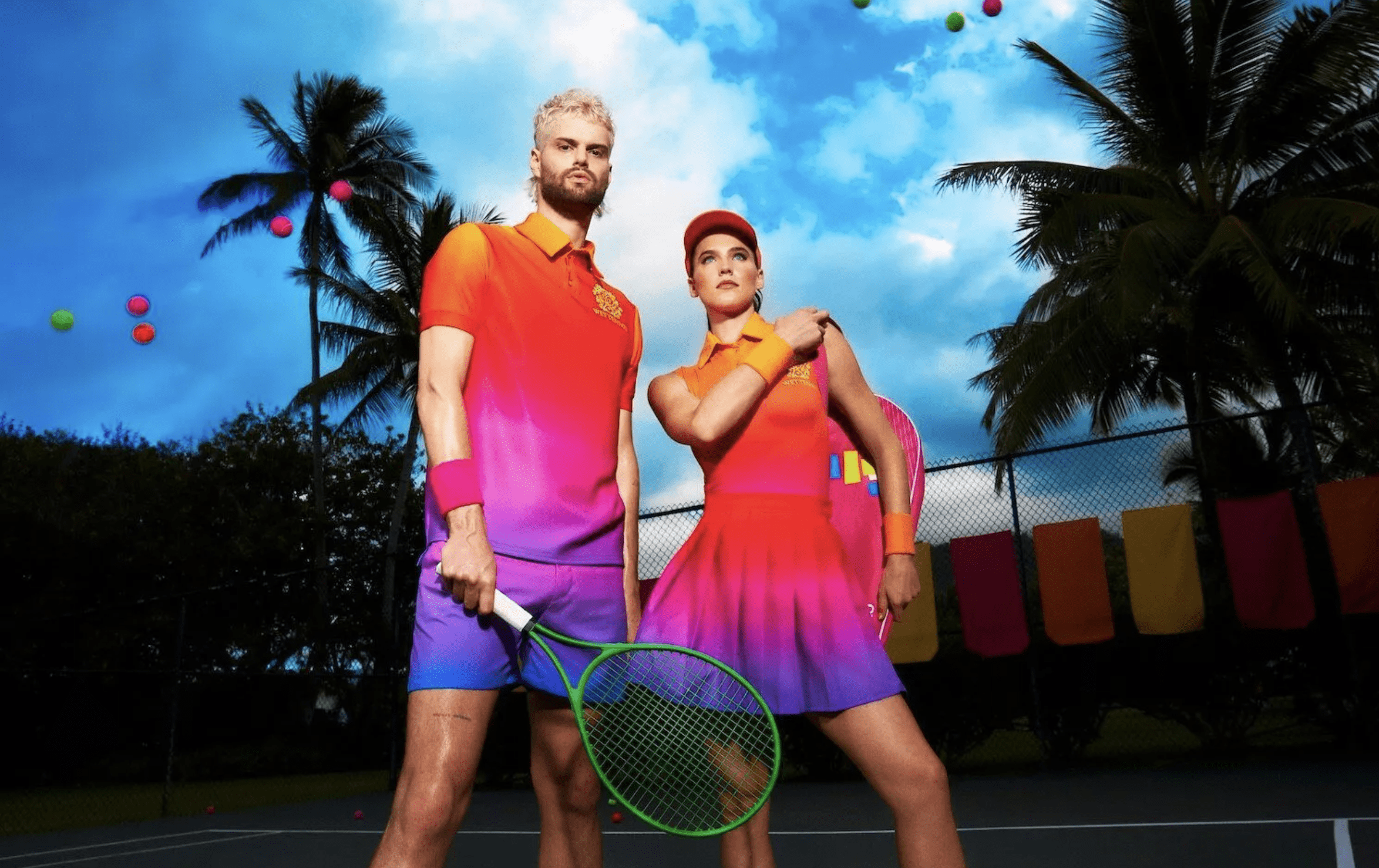 Energetic duo SOFI TUKKER return to the release radar for their second 12-track album, ‘WET TENNIS‘. “We’re overwhelmed with the feedback on the album and are so energized to tour it and bring it to the world starting next month!” they say.

When thinking of SOFI TUKKER, comprised of Sophie Hawley-Weld and Tucker Halpern, their eccentric and fun-loving, groovy style of music is what instantly comes to mind. It is fitting then, that their second studio album ‘WET TENNIS’ would fit their style perfectly, with a bright and stylish look, and equally as eccentric and with bright soundscapes featured on the album’s tracklist.

When everyone tries to evolve, nothing negative is safe. That’s what ‘WET TENNIS’ stands for: both literally and metaphorically. An ode to banishing negativity and feeling as good as possible, SOFI TUKKER want fans to leave the experience with an elevated sense of happiness and inspiration to build, evolving to be their very best selves. Each of the 12 tracks in the album, with some such as ‘Original Sin‘ and ‘Kakee‘ being released beforehand, has their own identities, standing out perfectly but also being able to band together to stand strong as a unit where each track flows into each other nicely. Speaking to EDM.com, Sophie says it best when she stated:

“Traditionally, tennis has been very exclusive and you have to dress in all-white to get in to the country club. We really wanted to flip tennis on its head and make it wet and colorful, and make it inclusive.”

Drawing inspirations from all places, there’s some interesting collaborations on the album. For ‘Kakee’, they wrote it with 70 year old poet Chacal. For other tracks, Turkish DJ Mahmut Orhan was featured on emotionally raw track ‘Forgive Me‘, and one of the scene’s newest stars in the form of John Summit leant his skills to ‘Sun Came Up‘. On ‘Larry Bird‘, the named artist Tuck’s Dad is actually Tucker Halpern’s father as the name would suggest. This is just the tip of the iceberg, with exuberant sounds to dive into, surprising your eardrums with every new note.

SOFI TUKKER have created an all-accepting, all-inclusive world with ‘WET TENNIS’, and we want to live in it forever! Let your senses be taken over by the rhythms, and listen to the full album now.