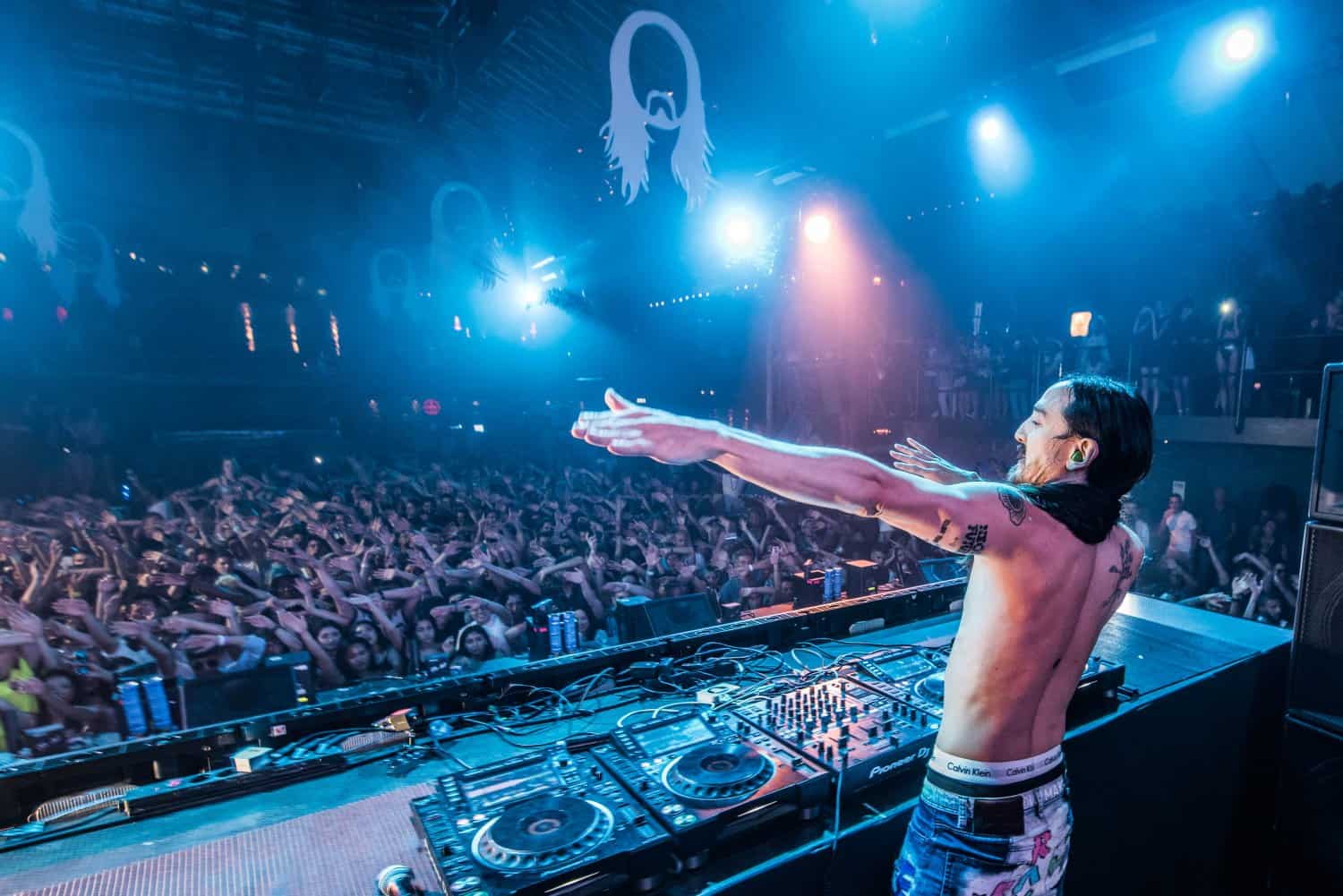 Steve Aoki has announced the lineup for his HEROQUEST Ibiza summer residency at Amnesia. The previously announced stint has been on sale for several weeks but this marks the first time that additional performers has been announced.

The massive announcement reveals a stacked line-up featuring Alison Wonderland, Bassjackers, Crankdat, Kayzo, Sullivan King and many more!  Kicking off the residency, which will have shows every Tuesday throughout July and August, will be July 5th and feature opening sets from Jonas Blue and Regard with a headline set by Aoki. While other particular performance dates have yet to be released, the initial announcement certainly makes these HIROQUEST dates as some of the most anticipated shows of the summer music season.

The shows will be taking place at Amnesia Ibiza, considered one of the most quintessential clubs in the region. Featuring two spaces, the Club Room and the Terrace, the former is a dark, cavernous caldron, while the later features a glass ceiling that allows the sun to shine through, it will be a perfect backdrop to Aoki’s wildly, over the top live shows. Having spent three years away from Ibiza, Aoki will no doubt pull out all the stops to ensure this residency features all the chaotic fun his fans have come to expect from him.

While the world anxiously awaits more details for the individual shows, as well as the complete list of guests to be expected, Steve Aoki will no doubt continue to stay busy with his various endeavors.  Besides his consistent musical output, continued on stage “cake throws” and overseeing the highly influential Dim Mak records, he has also fully immersed himself into the digital and NFT space. The recently announced A0K1VERSE allows fans opportunities to participate in both virtual and real experiences. Check out the full lineup announcement below and purchase tickets now right here. 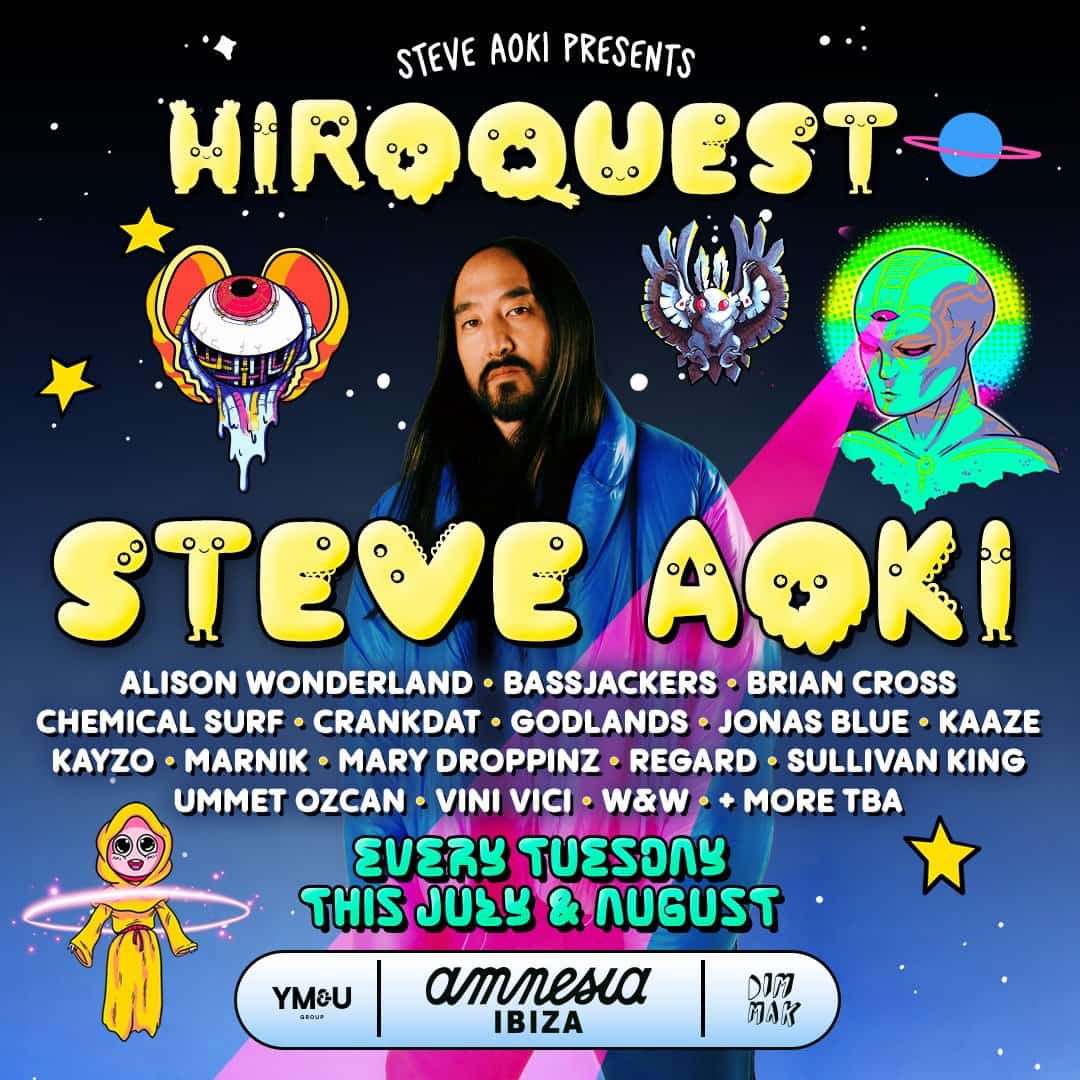