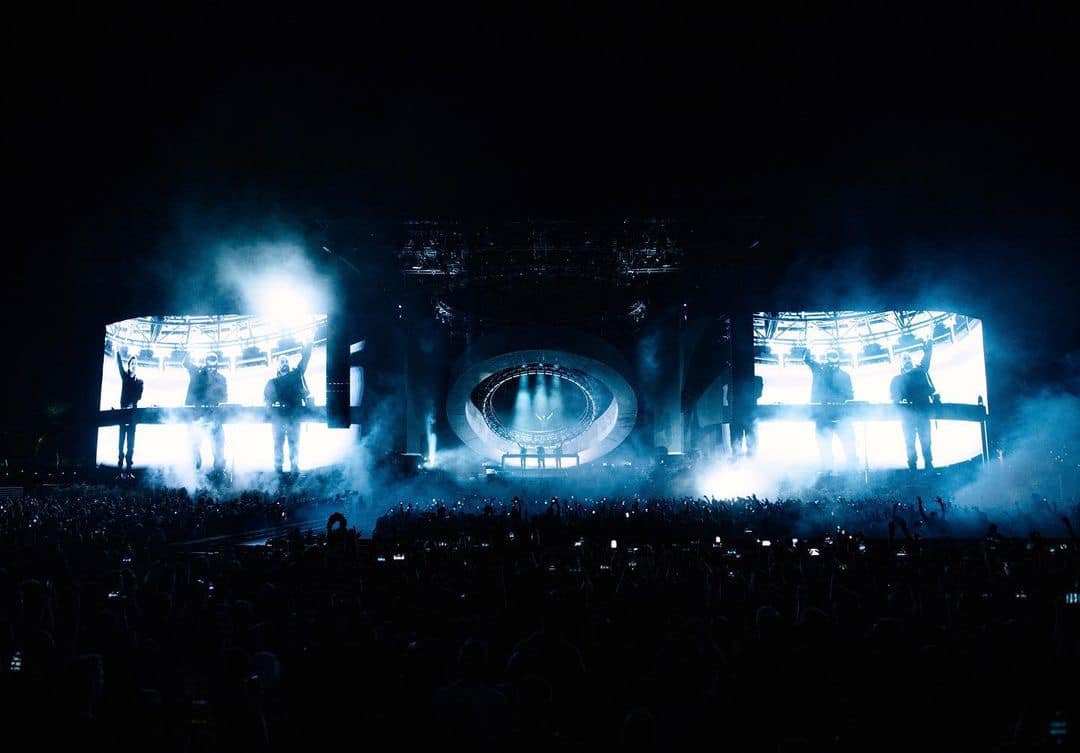 Powerhouse electronic trio Swedish House Mafia have been none stop throughout 2022, dropping their critically acclaimed album ‘Paradise Again’, as well as closing the iconic festival Coachella with The Weeknd among many other things. It seems the trio, made up of Steve Angello, Axwell and Sebastian Ingrosso, shows no signs of slowing and they’ve just dropped a brand new Swedish House Mafia merchandise collection to coincide with their upcoming Paradise Again World Tour.

Available to purchase from the Swedish House Mafia official store, the merchandise line features an array of items in a striking black and white design. The line features t-shirts and hoodies available in three eye-catching designs including a design with the ‘Paradise Again’ tracklist in bold white lettering on the back, the tour design featuring a hypnotic ‘Paradise Again’ font on the back, or the Swirl design featuring ‘Paradise Again’ lettering written more uniquely. Other merchandise items include a 3-piece poster set of the trio as well as hats, all sporting a similar black and white colour scheme.

The merchandise is available to pre-order on the trio’s store here with shipping expected to take place in late May, which is perfect timing for anyone wanting to sport a fashionable look for Swedish House Mafia’s upcoming tour that kicks off in Miami, Florida in July. Check the full merchandise line below. 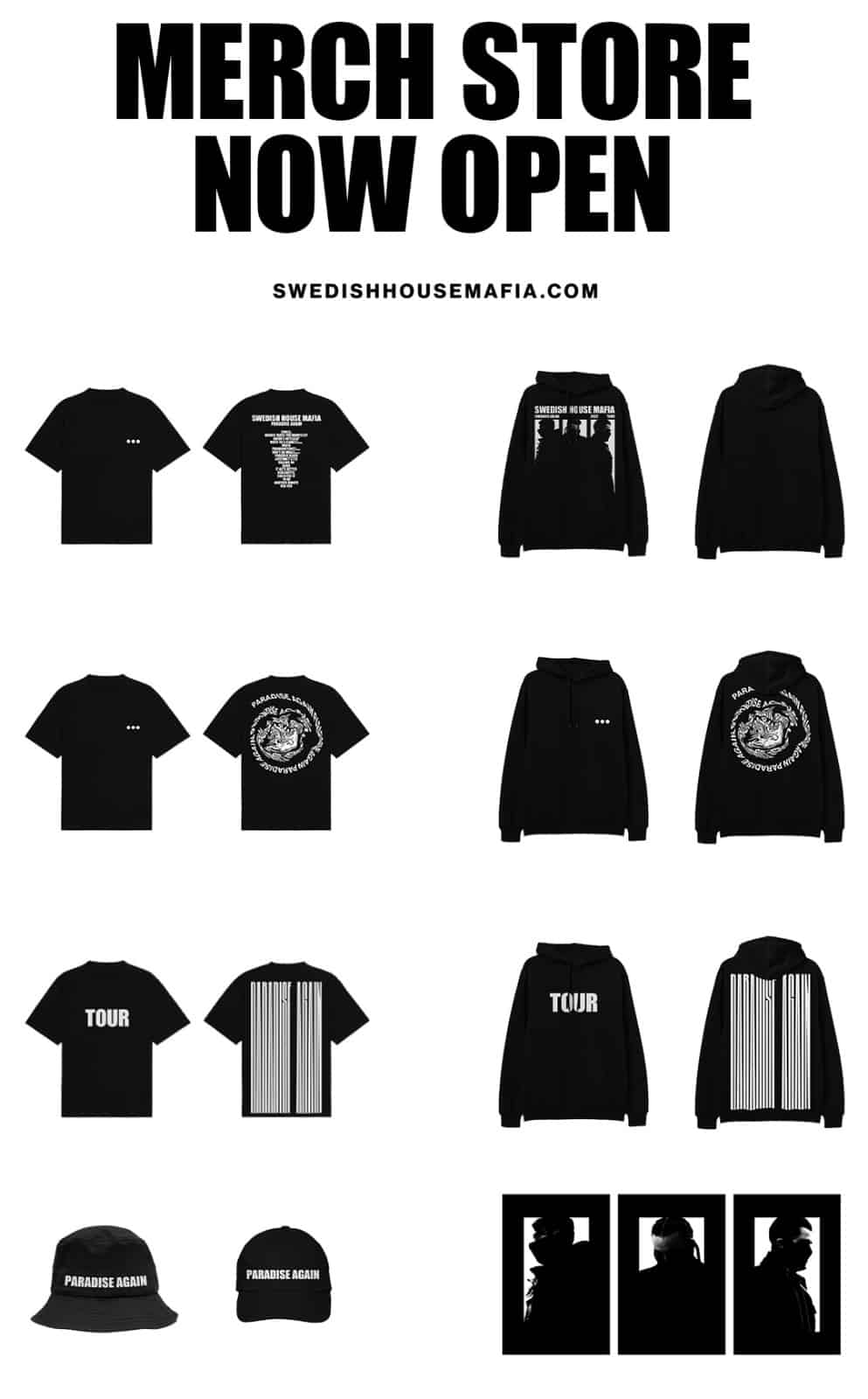