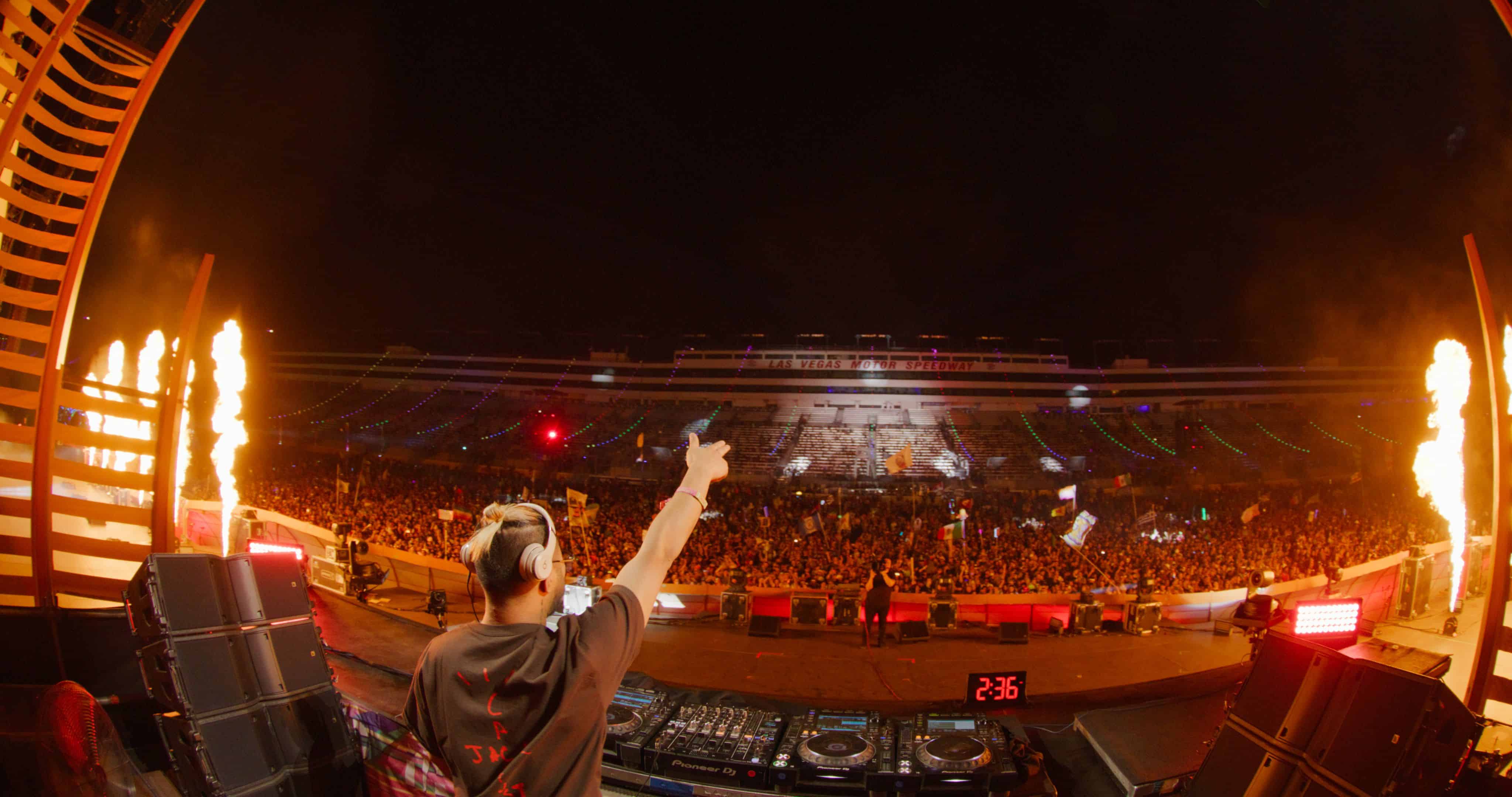 Having played two sets at this year’s EDC Las Vegas 2022 which included Wax Motif & Friends at the Parliament Art Car and his solo set at the legendary Cosmic Meadow stage, if you did not get a chance to check out his set we have got you covered as the legend has uploaded his full Cosmic Meadow set for your enjoyment.

The name Wax Motif is recognizable to many in the house scene as this legend has the ability to master his craft across several genres including U.K bass, disco, and R&B. Having played two sets at this year’s EDC Las Vegas 2022 if the name Wax Motif isn’t on your next lineup, I highly recommend seeing this revolutionary house producer live in action to initiate the groove similarly to how he successfully got the crowd moving at the Cosmic Meadow stage. Rinsing out recent collaborations such as “On The Low” with longstoryshort and even bringing on global icons such as ZHU and Matroda to debut their unreleased collaborations, Wax Motif kept on us on our feet from the very beginning to the finale.

When the name Wax Motif displays on the screen before his set, you can immediately see thousands of fans rushing to get the perfect spot at the Cosmic Meadow. With the perfect amount of space to dance and enjoy the top-notch audio and visual production at the iconic stage, Wax Motif started to provide a sense of euphoria as Anyma’s “Walking” became apparent alongside groovy singles such as San Pacho’s “Pride.” With a series of unreleased music Wax Motif flexed on the stage, the crowd’s energy was truly unmatched as fans started busting out their best dance moves and shuffling right to the beat of Wax Motif. Singing along to enticing vocals and that filthy bassline in “Wet,” you could immediately tell the audience here were all fans of Wax Motif. Blessed by surprise guests during the night, this high-energy set was definitely one for the books and we did not want it to end. Sharing his thoughts after the set, Wax Motif states:

“EDC 2022 what a blast!! Much love to everyone who was there and also my brothers ZHU and Matroda for coming out to play our unreleased collabs.”

Check out his full set from EDC below and let us know what you think in the comments.