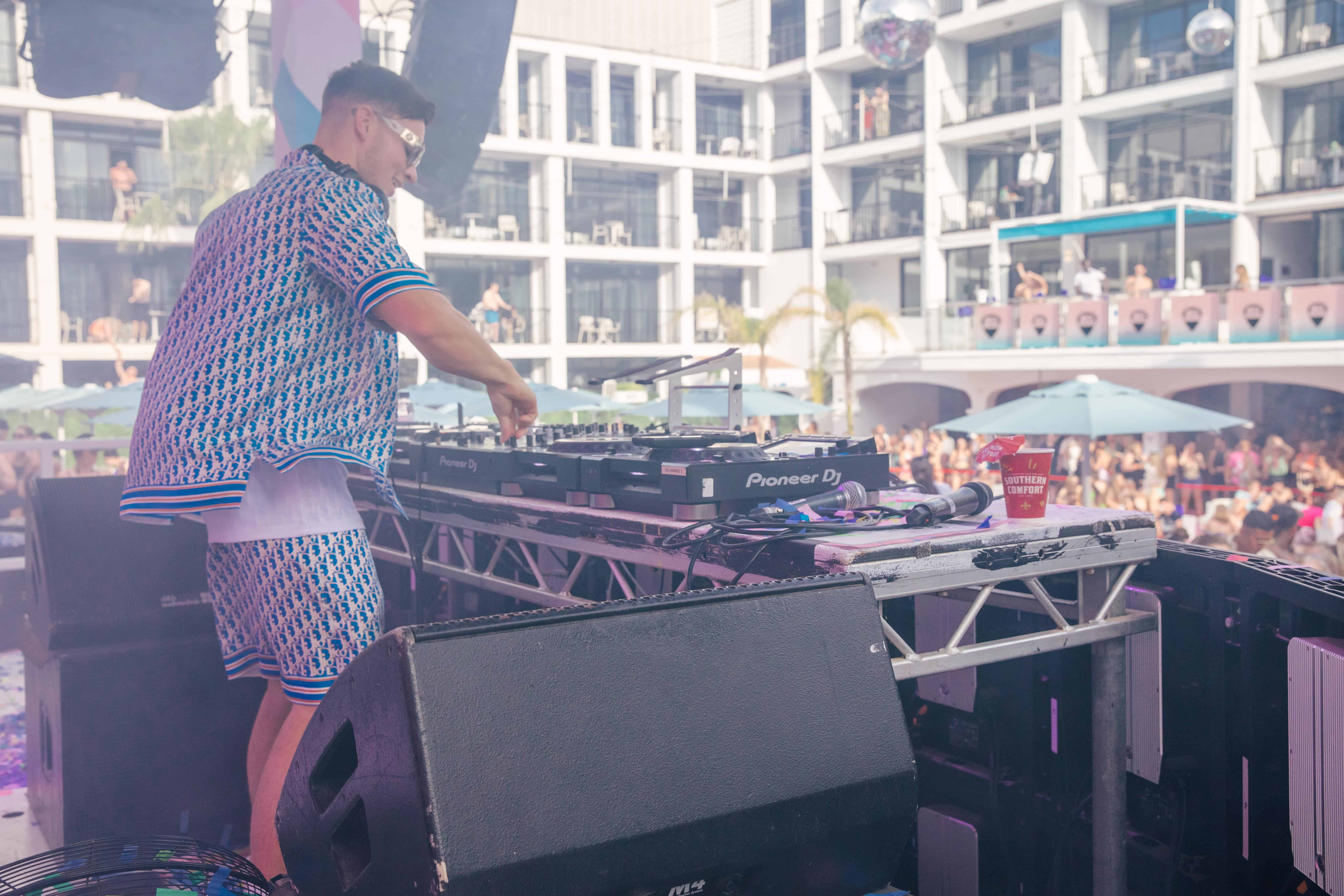 Joel Corry kicked off the Ibiza Rocks season on June 8th with the first night of his 16-week headline pool party residency at the venue. The opening night set was enhanced by the announcement that American whiskey company Southern Comfort has entered a 3-year partnership with the famed Ibiza Rocks property.

The “Head & Heart,” producer, who most recently released “What Would You Do?” with David Guetta and Bryson Tiller, took to social media to celebrate the first set of his residency as well as express his appreciation for the support of Southern Comfort. After sharing some footage from his set, Corry added a second post, showing him lounging around the Ibiza Rocks property and enjoying the exclusive “Southern Passion” slushie that was created especially for the property. Joel Corry will be continuing his residency for the rest of the season, taking the stage every Wednesday now through to September 21st.

As part of the new partnership, Southern Comfort is doing more than just serving up the signature “Southern Passion” cocktail, as the brand has installed a New Orleans themed bar into the Ibiza Rocks establishment in order to bring the spirit and energy of the company to the club. In keeping with the New Orleans theme, the new pop-up will attempt to recreate the vibe of a speakeasy for which the city is known. For those who won’t be able to make it to Ibiza Rocks anytime soon, Southern Comfort has provided the recipe for the signature “Southern Passion” to make at home:

Blitz it all together with ice until smooth

Be sure to drink responsibly while enjoying and if you do have plans to visit Ibiza Rocks this summer, there are still plenty of exciting nights of entertainment, both with and without Joel Corry on the decks. For the full schedule, check out the official Ibiza Rocks hotel website.