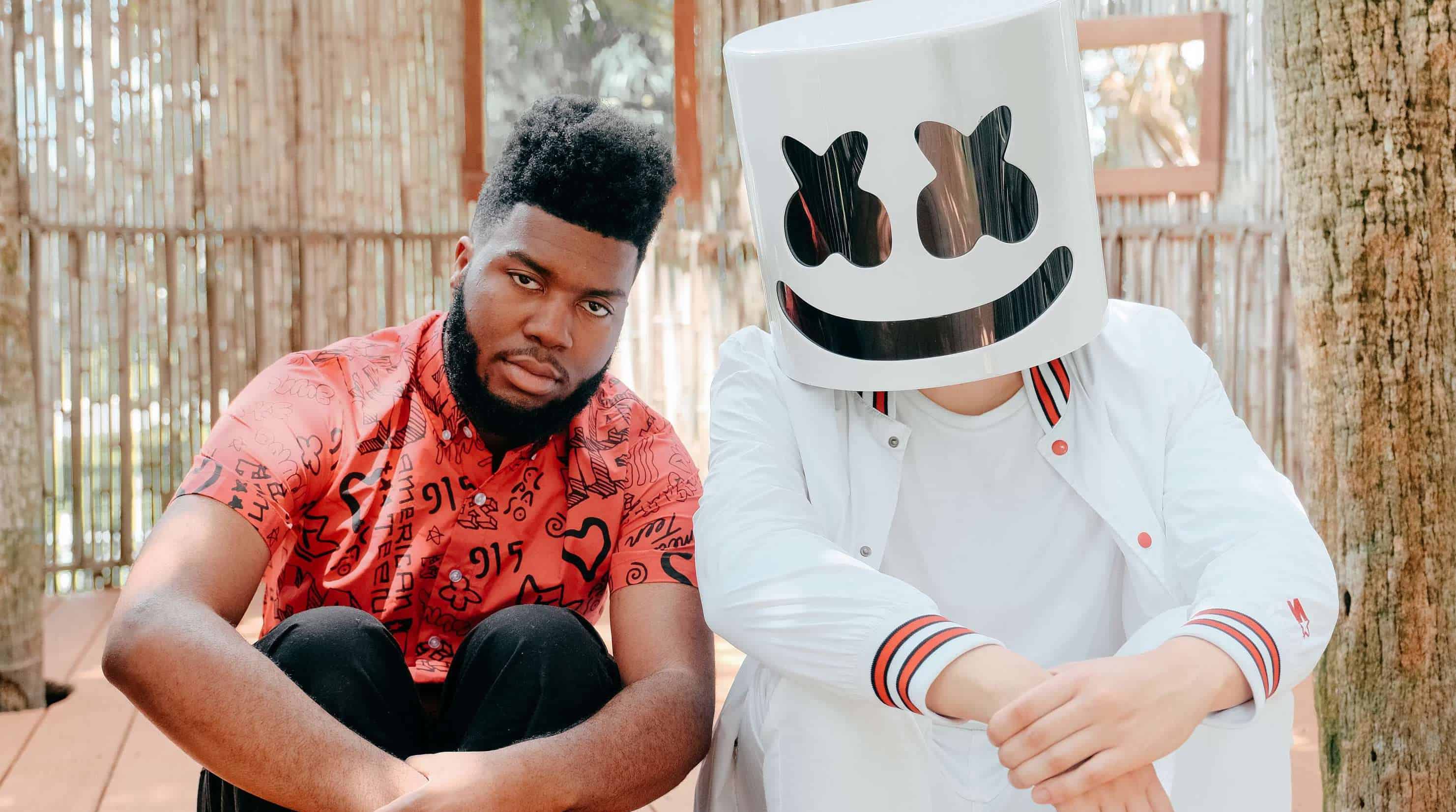 5 years after the smash hit collaboration ‘Silence‘, Marshmello and Khalid are back at it with new track ‘Numb‘ dropping in the near future.

Mysteriously masked DJ and producer Marshmello is teaming up once again with Grammy Award-nominated Khalid for brand new track ‘Numb’. The track comes 5 years after the pairs smash hit collaboration ‘Silence‘ which has since rocked up 1.2 billion streams on Spotify and rocketed up charts across the globe upon release, collecting numerous sales certificates along the way. It was only a matter of time before the talented two joined forces once again.

The collaboration was initially teased by Marshmello when he simply tweeted out “I feel like me and Khalid need to do another song together” which had sent fans and listeners alike into a frenzy. Upon the overwhelming positive reactions, Marshmello then tweeted out that ‘Numb’ was coming soon with a little teaser featuring the producer himself swimming underwater along with the singer-songwriter. Check the video out below.

Me and @thegreatkhalid have a song called Numb coming soon ? pic.twitter.com/JXOWCyia7v

The track seems to showcase Marshmello’s signature melodic sound, accompanied by intoxicating backbeats. It seems like a track that’s shaping up to be one of the songs of the summer. It should be noted Khalid’s astonishing vocals also seem to take centre stage so fans of ‘Silence’ are definitely in for a treat with this one. ‘Numb’ is releasing on Sony Music within the next few weeks and is currently available for pre-save via the link here.