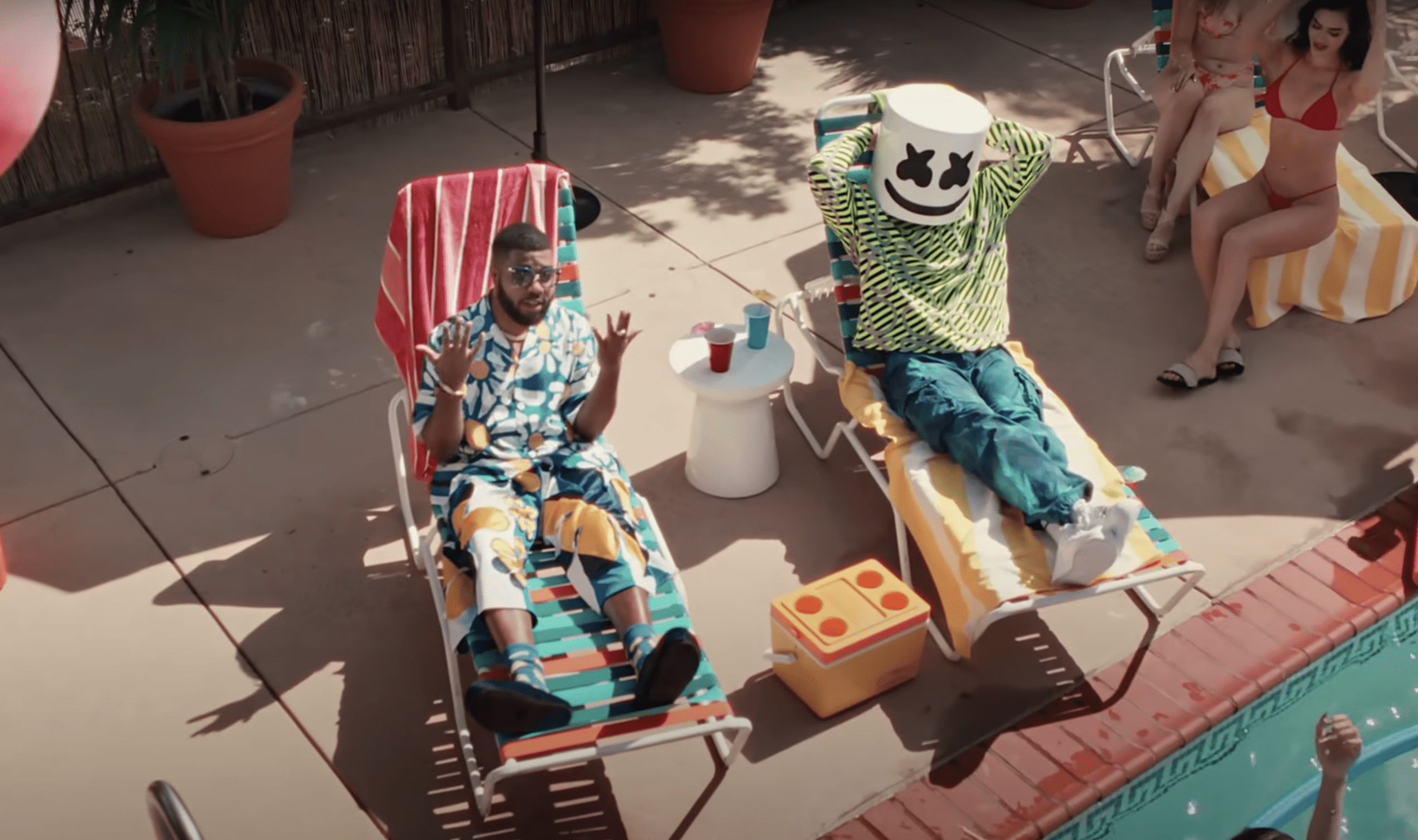 Marshmello and Khalid create the soundtrack to the summer with ‘Numb’: Listen

Five years after their first collaboration ‘Silence‘, Marshmello and Khalid team back up for the hugely anticipated track ‘Numb‘, destined to be a summer hit.

Creating a recipe for a huge summer hit, Marshmello and Khalid have teamed up for ‘Numb’. This release comes 5 years after the drop of their first collaborative track together titled ‘Silence’, which garnered nearly 470 million views on just the lyric video on YouTube. Widely regarded one of the biggest hits for both artists, this new track is destined to follow that same success, released just in time for the festival season to reach its peak.

First teased at the end of May, the hype for this track was undeniable, as fans had been waiting for them to grace the same track again for years now. Famous for his incredible vocals that can fill any room with an electrifying aura, Khalid is the perfect vocalist to fit with Marshmello’s bright and breezy soundscape. From the moment we hear that upbeat whistle in the first few notes of the track, we know we’re in for a treat to the ears.

“I was super happy when I asked him if he wanted to do the song and he said yes because the song is a little different vibe for him, but I knew he would crush it. He sent it to me the next day and I immediately knew we had one with this.” says the producer about collaborating with Khalid again, explaining that they had always talked about making another track

An appropriately summery music video accompanies the release, with pool parties and good times galore, making us desperate to bask in those sun rays at a pool party. Set to be the soundtrack to everyone’s greatest adventures (be it at a festival, a late night drive or just about anything else) in these coming months, you can stream the track by Marshmello and Khalid here on all services. Don’t forget to watch the official music video below, too.

Marshmello is also heading to the Bahamas this year for the debut edition of his Mello ‘n Friends curated event with Pollen in December. Read more about that right here.