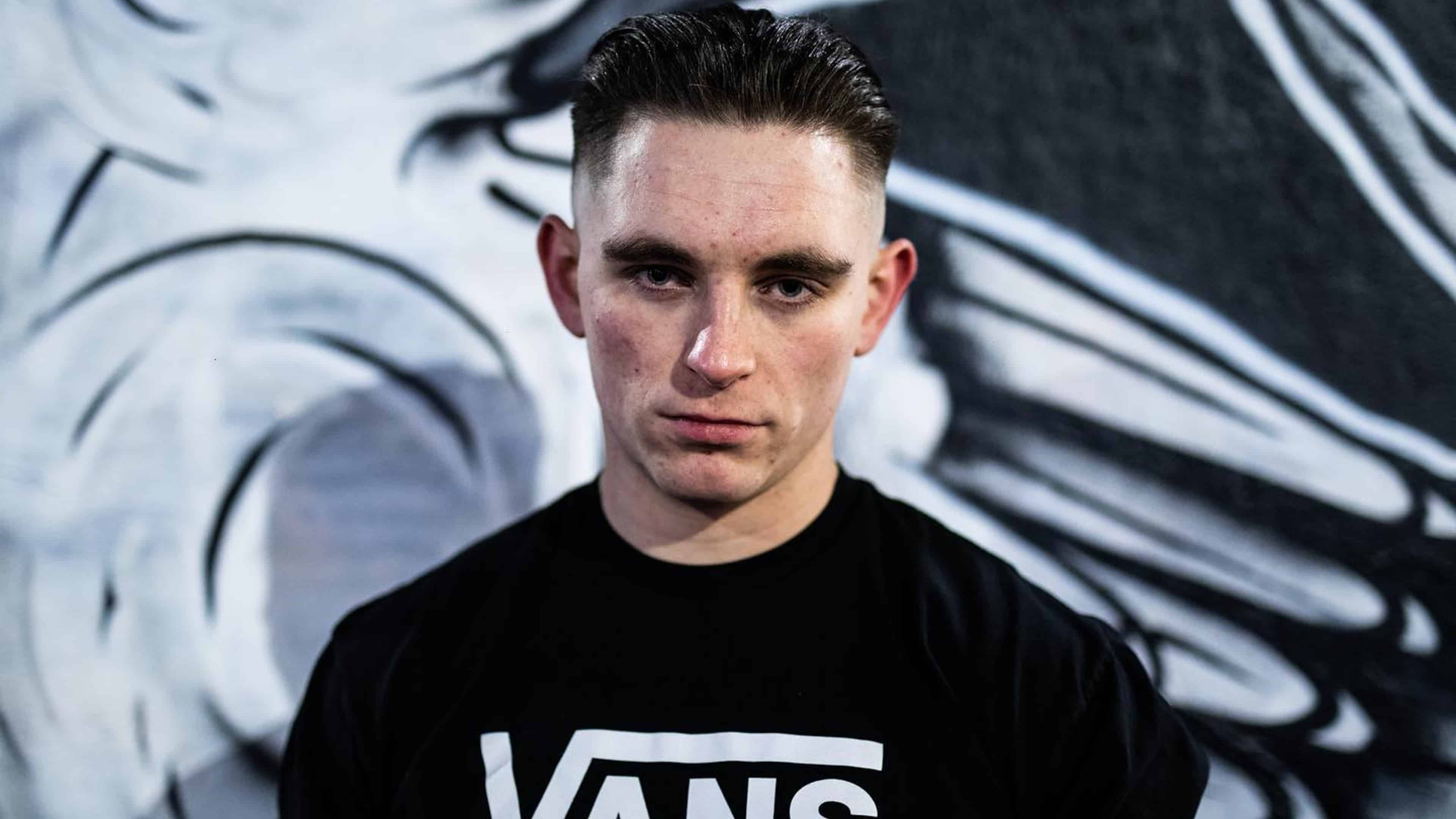 Taking listeners on a musical journey like no other, Next Generation Noise is the epitome of an artist that has mastered his craft to the utmost of perfection. Discussing all things relating to his new sound, the adaptation between genres, his energetic live shows and so much more, this is an interview that you most definitely do not want to miss out on.

Elevating his status at any given chance, Next Generation Noise has emerged within the tech house spectrum at the most fitting of times, with his unique style of play a clear indicator of everything that he has set out to achieve as an artist to watch within our community. Offering the most energetic of auras with each of his releases, the UK-based DJ/producer is more than set on leaving a lasting legacy behind, and if his live shows are anything to go by, we could not be any more certain of the prosperous career that lays ahead. Incorporating various genres in a fashion that scintillates even the toughest of audiences, Next Generation Noise has caught the eye of some of the biggest names within our scene, whilst his current transition to tech house, has left fans alike begging for more. Performing at some of the biggest stages worldwide, as well as leaving a lasting impression during his home festival debut at Creamfields last year, the future could not be any more bright for this fast-rising star, and we are all for it. With this in mind, we could not be any happier to have caught up with the man of the moment, as he discusses main inspirations and influences that led to his chosen career pathway, the new sound that he has been developing, adapting to a more genre oriented style for the very first time, the expectations that are set when performing at each of his shows, his return to Creamfields this summer, and much more.

Hello and thank you for joining us! Could you give us a little insight on the main inspirations/influences that led to you following a career pathway in music?

I’ve always had a passion for music (Cliche lol) and the nightlife scene in Liverpool is something I quickly became a part of when I was 18, this is where I discovered Dance Music and was instantly hooked, anyone who had the opportunity to party in Garlands will understand why! Fast forward maybe a year or two later and I’m in BCM, Mallorca seeing Nervo.. I was waiting to try and meet them, when one of the security guards decided to actually let me into the DJ booth to get a picture with them whilst they were playing. Being in there even for 30 seconds and getting a glimpse of the night from their perspective, I knew then immediately that this was what I wanted to do with my life – and that was the start of the journey!

Emerging into the dance scene in the most scintillating of fashions, we would like to know the overall feel surrounding your style of play, as well as your own approach when producing each of your tracks?

Energy > Everything. Raving to me is all about energy. When I’m playing I like taking twists and turns, creating new experiences for the crowd. In terms of production I like to keep a focus on crowd interaction, what can I put in this track that the crowd can interact with? That’s something that’s always at the forefront of my production. 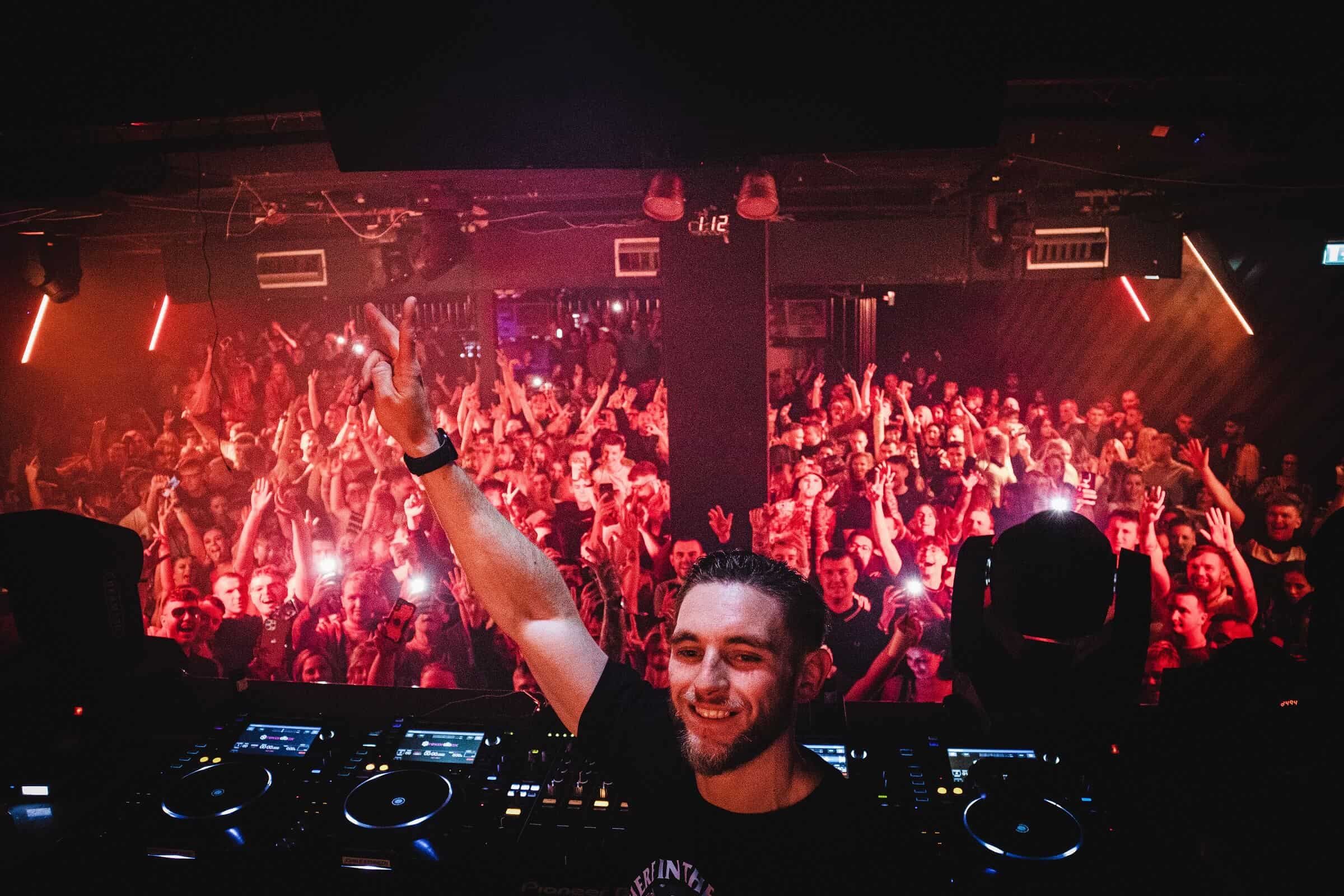 Captivating audiences at each of your live shows, we would like to know the whole process that leads up to your highly energetic performances, as well as the significance of interacting with the crowds on a constant level whilst on stage?

I plan nothing as such, i’ll make a small playlist of a couple of tracks i’d like to play, or what I think will work and just roll with it! Crowd interaction/control is key, NEVER trust a DJ who doesn’t dance! Overall I’m just having fun up there, with a room or a field full of people who all love the same/similar music and are just living in the moment.

Enforcing a variety of sound(s) through your music and live shows, could you give us a further insight on the thought process when delivering each of your sets, as well as the significance of implementing various genres at all times?

Something I LOVE to implement in my sets is exploring genres.. and NOT sticking to one genre. I play to the crowd.. and if the crowd is feeling some ‘Funky EDM’ then they’re gonna get some Funky EDM! I’ve never understood sticking to one genre for a whole 60/90 minutes.. there’s SO many possibilities out there to switch between genres, have fun, and give audiences and fans a taste of something they may never have known they’d love! I think I get this from my mentor Laidback Luke, cycling between genres throughout a set is something he is renowned for, and something which drew me to him many years ago! I find people want to put labels on things these days.. ‘He’s an EDM DJ’ ‘He’s a Tech DJ’ – I’m a whatever DJ the night calls for, if you book me on a completely EDM lineup, I’m gonna probably play some high energy, upbeat Tech House to keep the energy right AND some EDM. If you book me on a harder line up, then I’m gonna play appropriately to that – versatility is something I pride myself on – There’s so much pigeonholing in the industry, so many constraints of only sticking to one genre, it’s crazy! Just have fun!

Constantly growing as an artist, your latest transition to tech house has well and truly left a lasting impact within our scene. We would like to know your own thoughts of now focusing on one genre, as well as the overall feel when bringing this new and highly energetic sound to the table?

Typically, many people may associate Tech House as a ‘lesser’ energy genre, I’ve even been guilty of it myself, I can get bored pretty quickly, so for me a tech loop can become monotonous pretty fast. That’s where my love for EDM comes in.. I’m bringing an EDM energy into the Tech House scene and flipping it upside down. I love House/Tech House & even some Techno, but I know I’m coming from EDM – I’m not ‘changing’ sounds, I’d say I’m adapting and growing – my workrate since discovering my passion for Tech House has gone through the roof. Going from finishing 1 track every 2-3 months, to finishing 4-5 tracks a week. 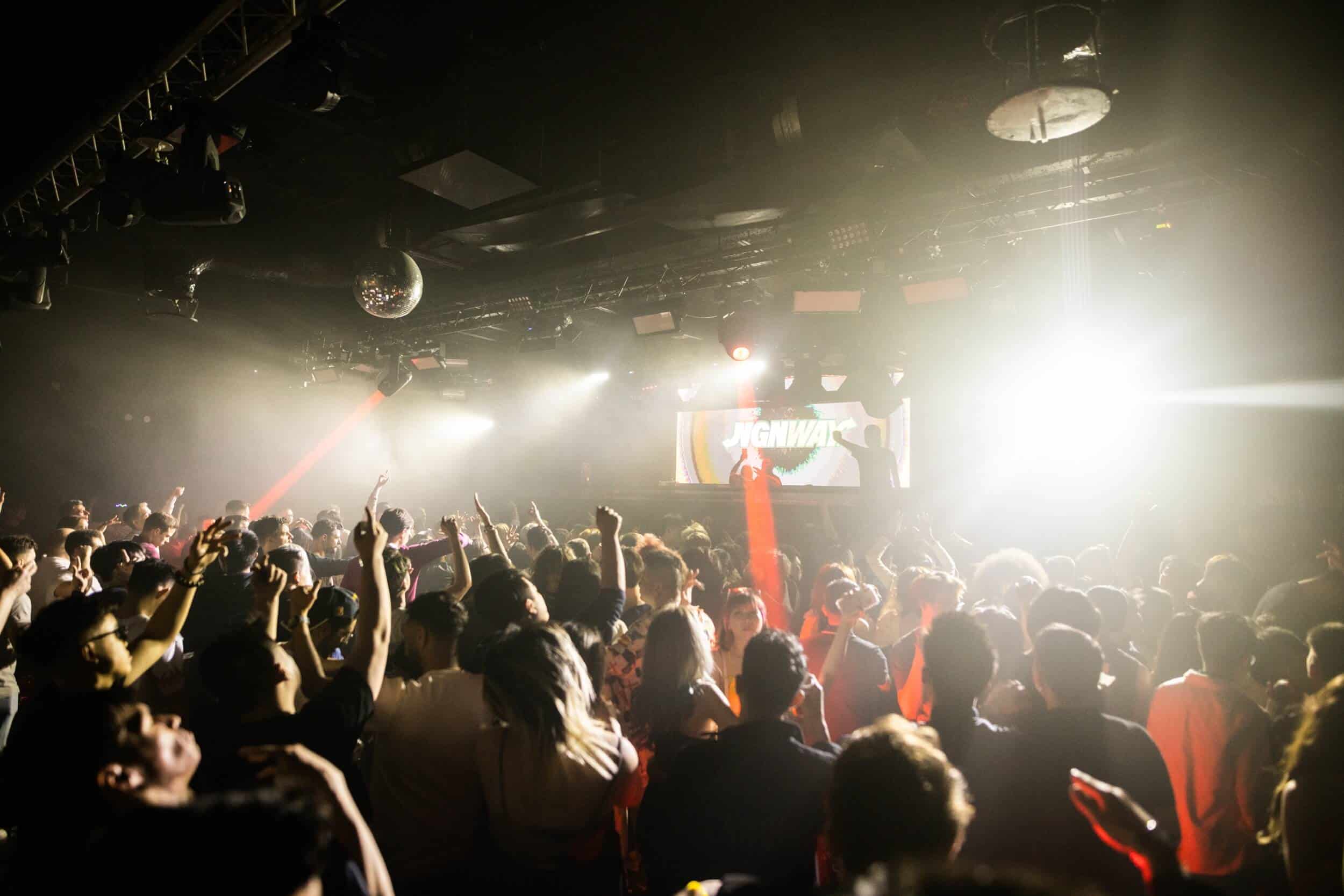 Gracing some of the biggest stages worldwide, could you provide us with your own outlook on each of your live shows, and what can be expected for anyone who is set to experience your performance in person for the first time?

I always want to blow the crowd away and most of all have fun, I always want to give everyone an experience they’ll remember! Whether that be by track selection, live mashups, crowd control/interaction, it all plays into a great performance – I guarantee if it’s your first time seeing me perform, we will be seeing eachother again very soon!

Talking about performing at some of the biggest events, your debut show at Creamfields in 2021 was one for the history books. With the 2022 edition edging ever closer, we would like to know the overall feel when preparing for such a highly anticipated show, as well as any hints on what we should expect this time round?

I couldn’t be more excited for this. I’ve been heading to Creamfields since I was 18/19 so to now be on the other side of the curtain so to speak, I feel like I have a firm grip on what ravers want, as I have stood in their position for many years before being blessed with the opportunity to perform! Creamfields 2021 was mind blowing, we had the biggest stage that day, and opening the festival I was slightly apprehensive! Will people come? Many people will only just be arriving at the festival.. setting up camp spots etc! – I was proven VERY wrong.. we filled that tent in seconds, as soon as the doors opened to the arena, people flooded in! We can absolutely expect a TONNE of new NGN music, plenty of live mashups, plenty of HIGH ENERGY, and overall an unforgettable experience! 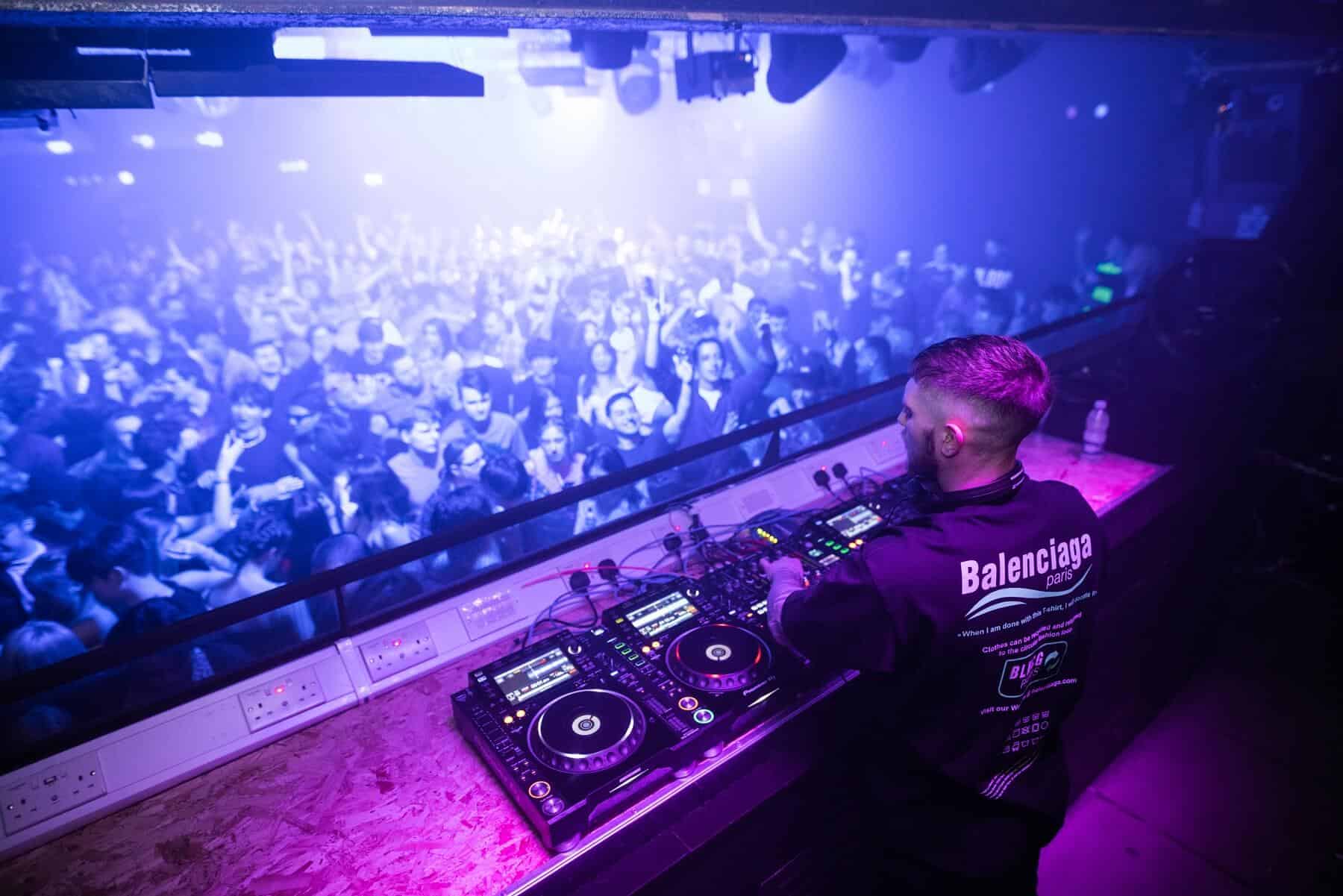 A truly remarkable artist and individual for that matter, Next Generation Noise has set his sights on global domination, and we wish him nothing but the best for the future. Inspired by his love for music on the daily, we could not be any more certain of the constant rise of this artist to watch, and thus, we will most definitely be keeping a close eye on all his future endeavors within the dance scene. For the time being however, you can stay up to date with all things Next Generation Noise, by following him on Facebook, Instagram and Spotify.